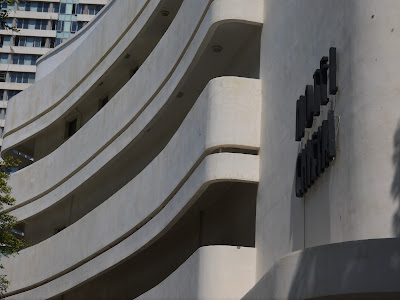 Tel Aviv's Hotel Cinema on Dizengoff Kikar is surely one of the city's most striking buildings. The former cinema was completed in 1939 to the designs of Uman (Ukraine) born architect Yehuda Magidovich. Magidovich was responsible for several hundred buildings in the city and also served as Tel Aviv's first municipal engineer from 1920-23. I have been enjoying my breakfast in the Hotel Cinema for the last ten years as part of my annual trip to my favourite city. Last week I was very fortunate to be able to meet the hotel owner, Danny Goldschmidt, who kindly showed me around the building, explaining its history and some of the interesting stories connected with it. 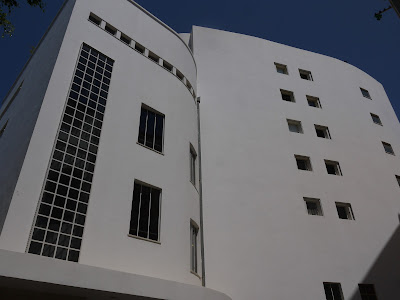 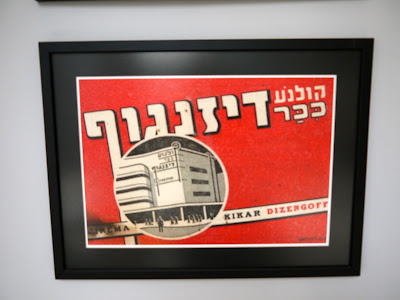 The cinema was commissioned by Danny's grandparents, Esther and Moses Nathaniel who were born in the former British colony of Aden at the tip of Yemen. They moved to Tel Aviv in 1924 and commissioned Magidovich to build the cinema on Dizengoff Square. It was extremely modern for its time, with air conditioning as part of the original design, seats for 1000 people and long before the idea of the multi-purpose shopping mall became fashionable, a cafe and a department store. The cinema also acted as a focus for the social and political life of the city. In addition to showing the latest films from around the world, the main hall was also used for lectures, political meetings and even for Yom Kippur prayers in the 1940's. The memorabilia on display includes a notice advising citizens of a talk to be given in the cinema by David Ben-Gurion, Israel's first Prime Minister. Many activities took place on Shabbat (Saturday) without the need for the special license required nowadays. 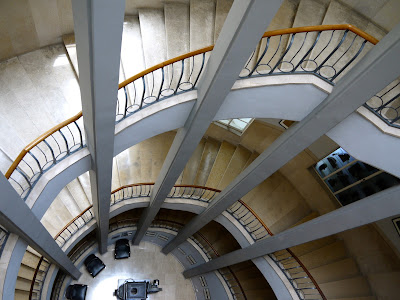 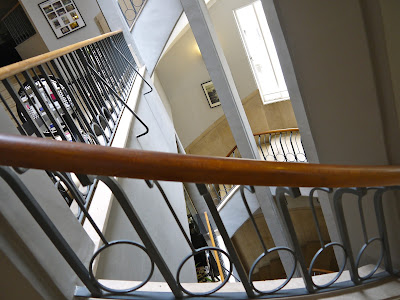 The cafe and the department store are long gone but the former cafe's balcony remains and can be seen if you peep inside the door of the bank that now occupies this space. Known as Cafe Omanut (Art Cafe) and popular with British officers during the Mandate period, the cafe sported a dance floor and was one of the main attractions on the square that looked very different then than it does today. The current raised concrete platform was added in 1978 but the original square, designed by Bauhaus luminary Genia Averbuch, was at ground level with a grassed centre surrounded by cafes and shops. One of the few women architects of her time, Averbuch won a competition to design the square, proposing three-storey buildings with uniform facades regardless of function. She got most of what she wanted but Magidovitch departed from the uniform facade idea by ending his beautiful Bauhaus style balconies two thirds of the way across the building in order to leave space to advertise screenings and forthcoming attractions. Interestingly, Danny pointed out to me that this approach had been mirrored for the Cinema Chen on the other side of the square - designed by Arieh Sharon in the 1950's. Today this space is used to display the name of the hotel. In addition to this, only the exterior was designed in Bauhaus style - the cinema's interior being in the slightly older, but equally elegant eclectic style with its extensive use of decoration, some of which crosses over into art deco. This is in keeping with many of his other Tel Aviv works including the Great Synagogue and the Moshav Zkenim Synagogue both on Allenby and Pensak's Passage on Herzl. 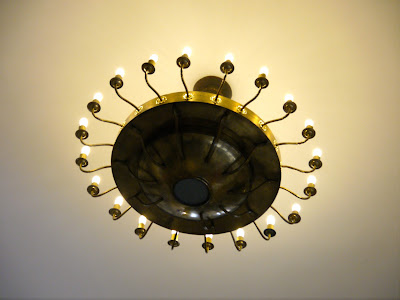 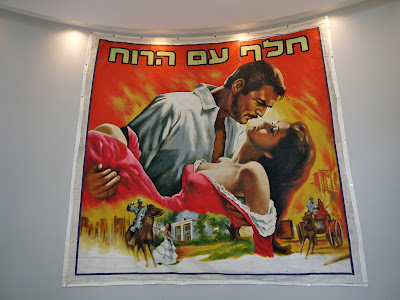 The cinema closed in 1998 and was redesigned as Israel's first boutique hotel, opening in 2001 with 82 rooms and retaining many original features, including the dramatic staircase once used to deliver film fans to their seats and which now takes guests to their rooms or to breakfast. Other original features include the metal chandelier in the lobby, the stylish bannister and some of the seats. The showcases on the mezzanine are also original and were once used to promote forthcoming attractions. They now contain old movie posters and memorabilia from the cinema, whilst several cameras and film reels are displayed throughout the building. Danny has a huge collection of items from and about the cinema, collected from within the building itself and various vintage shops.

Many of the newer features also make reference to the building's history as a cinema - the film strip designs on the plates in the breakfast room, boxes of popcorn at reception and the use of red throughout the lobby in particular, referencing the colour of the exquisitely designed invitation to the grand opening in 1939. Danny explained that it was important to him and the family that the building remain in some kind of public use and not be converted into flats or apartments. He seems to have struck a perfect balance with a modern hotel with high standards of service that respects and complements the building's history. Developers elsewhere could learn from this, including here in London where many of our historic buildings have been converted to residential use once their original purpose is no longer relevant, placing them off-limits to the general public. The Cinema is a real landmark in a city filled with landmark buildings and the lobby in particular remains accessible to local people - there is even a comments book in the lobby that invites not only feedback on staying at the hotel, but also memories of having been to the Cinema in its previous life.

A very big thanks to Danny for his time spent showing me around. He is also connected with another historic building in the city - the Kol Yehuda Synagogue in Lilienblum Street which also houses a wonderful exhibition on the world of the Adeni Jews - and is certainly worth visiting when in the city. The synagogue on the upper floor was also designed by Yehuda Magidovitch. 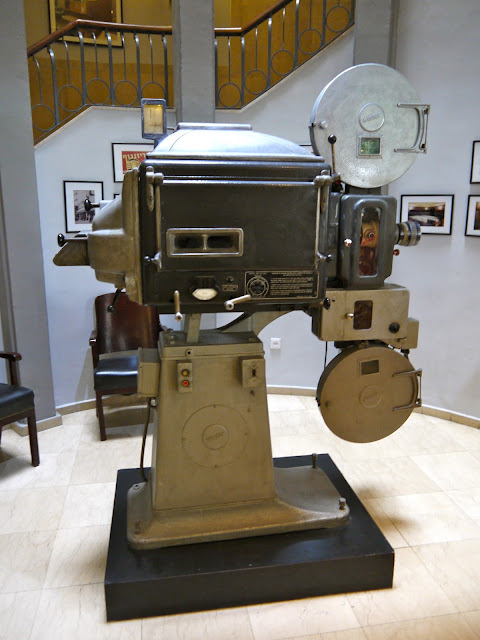 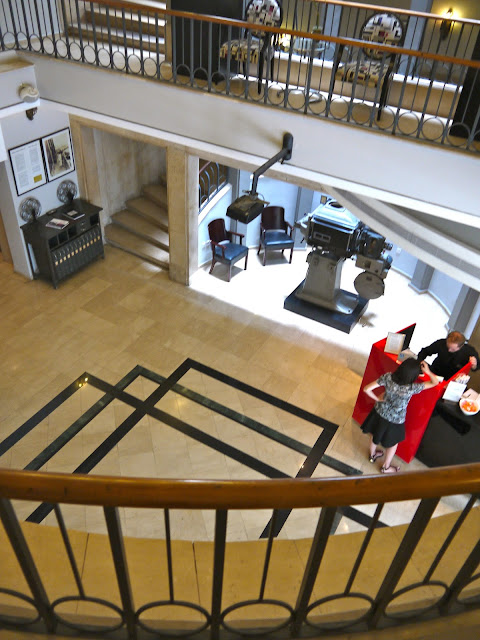 You might also like Eclectic city, eclectic architecture - Tel Aviv and A modernist house with a story - the French Ambassador's house in Jaffa