Menachem ben Sarum is a side street not far from Tel-Aviv's city hall. It is largely residential with blocks of flats, a large car park...and a stunning brilliant white building - the Heichal Yehuda Synagogue. Sitting rather incongruously behind the car park, the rear of the synagogue resembles a large sea-shell, glistening in the strong sunshine and contrasting with the bright blue Tel Aviv sky. 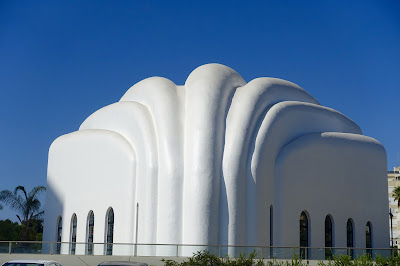 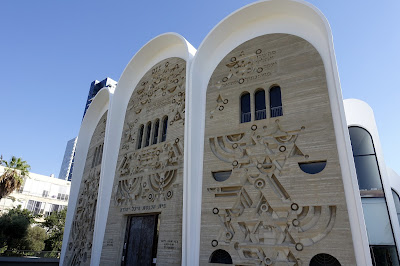 Built in 1980, the synagogue was intended as a memorial for the Jewish community of Thessaloniki in Greece, which was almost entirely destroyed during the Holocaust. Much of the funding came from the well know Recanati family who originated from Thessaloniki and the building is sometimes referred to as the Recanati synagogue. It is also called the seashell synagogue due to its shape and the fact that it was inspired by the shells on the beach in Greece.

The facade is highly decorative with three main segments each baring motifs connected to the Jewish holidays and designed by Israeli artist Joseph Chaaltiel. The summit of each section is curved and hooded, resembling a tallit. The main doors are particularly impressive and carry discs displaying the names of each of the twelve tribes of Israel. Architects Yitzchak Toledo and Aharon Russo designed the building to hold 600 people - 400 in the men's section and 200 in the women's gallery. The shell design enables all members of the congregation to see and hear from wherever they are seated. 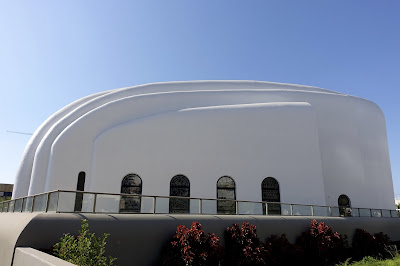 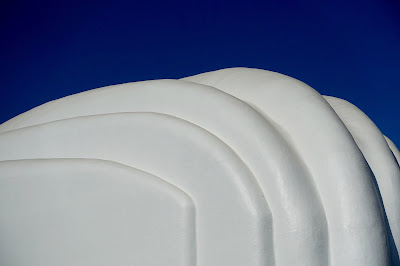 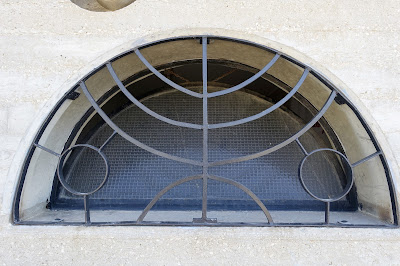 I like the idea of this soft, delicate looking structure being designed in the shape of a sea shell and the link back to Thessaloniki.When I was a child, we were encouraged to put shells to our ears in order to "hear the sea" in the same way that the Heichal Yehuda gives congregants an echo from Gree 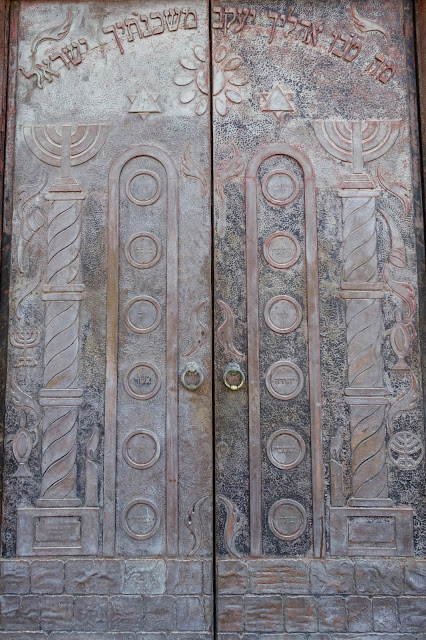 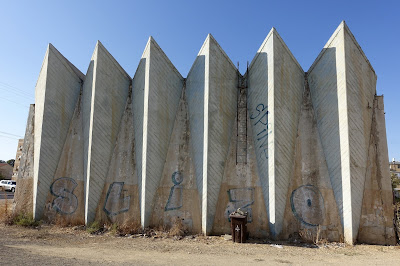 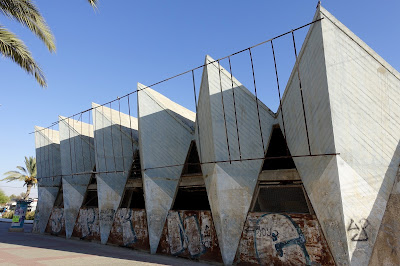 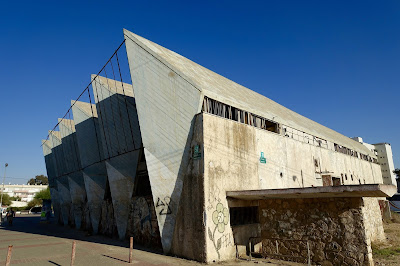 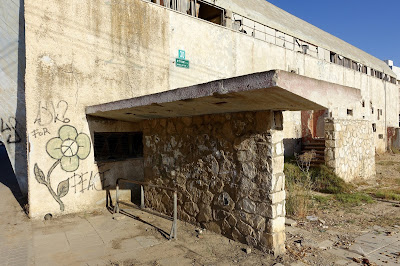 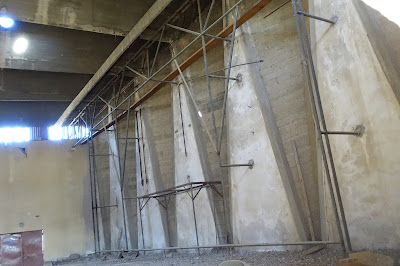 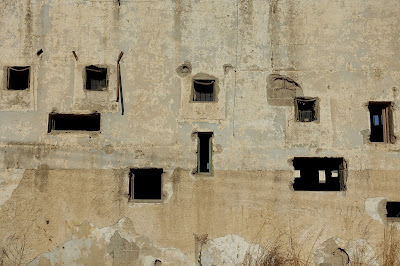 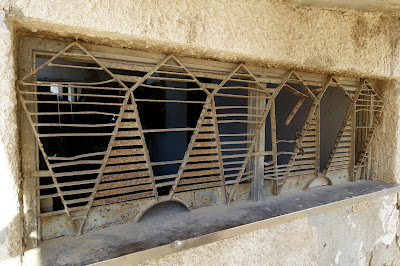 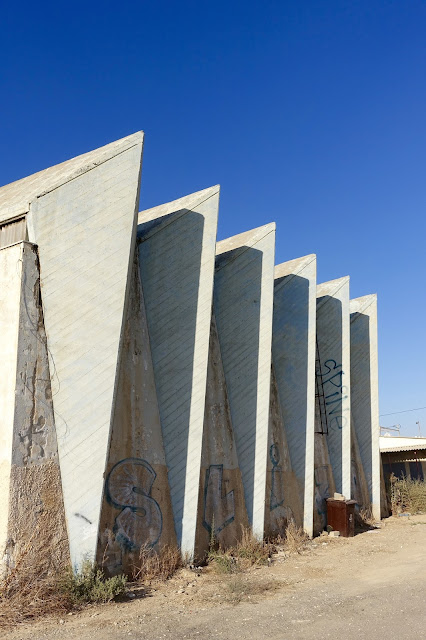