Le Corbusier's Villa Savoye is located in Poissy, 30 kilometres from Paris. Commissioned by the Savoye family as a weekend retreat, the villa was built between 1928 and 1931 and was known as "Les Heures Claires". Sometimes described as a box in the air, it was the culmination of Le Corbusier's Five Points of New Architecture, all of which are demonstrated in the villa's design. 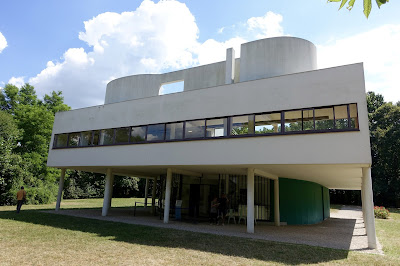 The architect set out his manifesto in 1927 as a guide to the architectural principles of the modernist movement. Villa Savoye demonstrates these points in the following ways. The pilotis, or concrete columns support the structure and remove the need for supporting walls as well as enabling internal open planning and a free-floating facade. The horizontal windows create light and airy interiors and the flat roof acts as an accessible terrace and garden.

The Savoyes were a wealthy family who had made their fortune through selling insurance policies to industry but who due to the caution of Monsieur Pierre Savoye, did not own their own home, preferring to rent an apartment in Paris. His wife Eugenie had a desire for a weekend home, a desire to which Pierre eventually capitulated and in 1928 the couple contacted and commissioned Le Corbusier to design a villa for them. Eugenie had specific and detailed requirements including central heating, a wine cellar, space for three cars, rooms for guests and for two maids as well as accommodation for the gardner and other staff. Amongst other things she also specified a large bedroom with bathroom and toilet, a boudoir and a box room for tools! 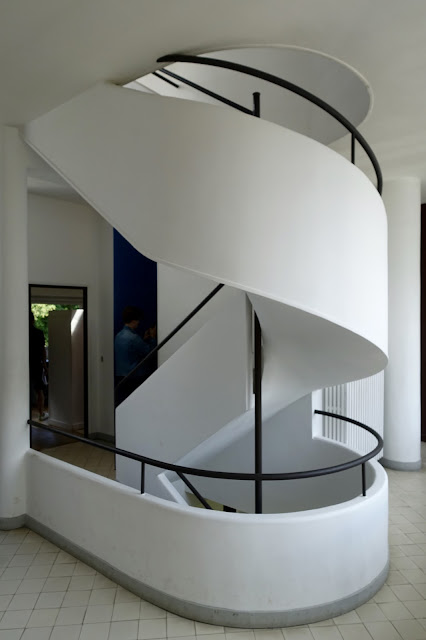 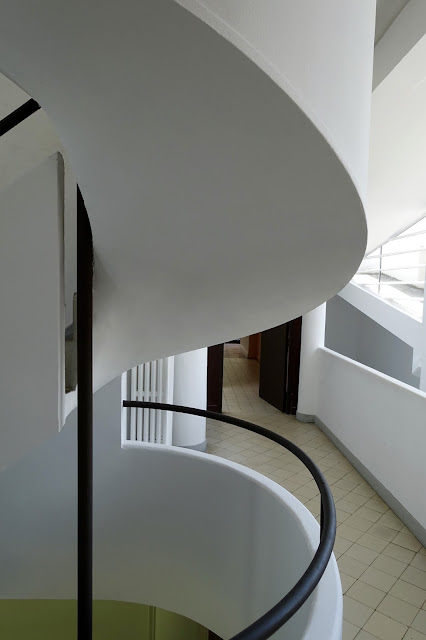 A price was agreed and work commenced but as is often the case, the actual costs was significantly in excess of the original figure, causing tension between the Savoyes and the architect. This led to Le Corbusier feeling pressured to accept the lowest tenders with a resultant impact on quality. The situation was made worse by the economic crisis of 1929 which also impacted on the business interests of the family. Pierre Savoye engaged in detailed correspondence with Le Corbusier complaining about water ingress as well as problems with the boiler and humidity. To add to his unhappiness the final bill was double that of the original estimate. A common problem even today.

The difficult history of the villa continued throughout the Second World War when it was first requisitioned by the occupying Germans and then by the Allies following liberation. It had suffered extensive damage during the war and in 1958, the Poissy municipality purchased proposing to demolish the villa and establish a high school. Advised of this by the Savoyes, Le Corbusier organised stiff resistance to these proposals and was able to not only recruit leading French architects and personalities to the cause but was also able to provoke protest from overseas.

The protest resulted in the villa being passed to the State in 1962. Extensive and lengthy renovation commenced the following year and continued until as recently as 1997. It now has Historic Monument status and protection for future generations. 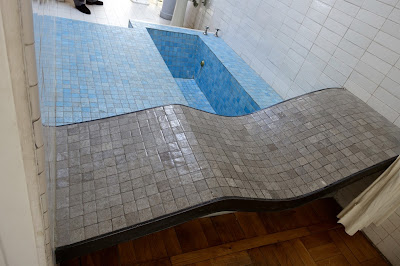 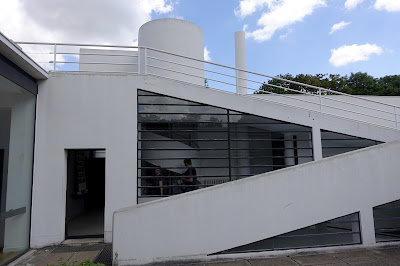 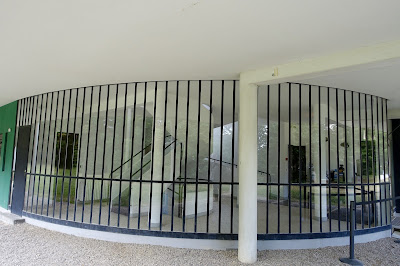 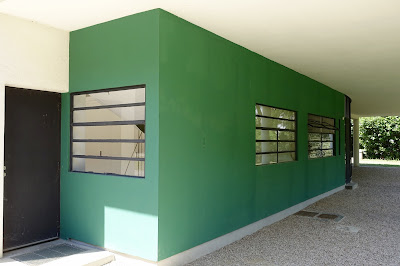 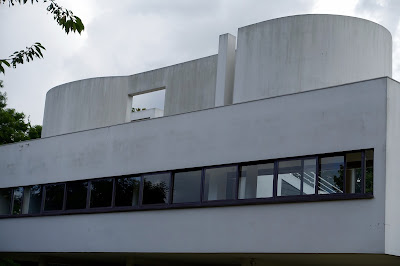 Trees screen the villa from the main road and visitors approach along a narrow path leading to the open space around the structure. Walking around the exterior, it is possible to see the curved wall on the roof, views through the loggia to the upper level and the contrasting green concrete and glazed elements of the ground floor. My favourite internal features include the stunning spiral staircase, fabulous tiled day-bed and adjacent blue tiled bath and the angled glazing along the side of the ramp leading to the roof garden. Visitors are welcome during advertised opening hours and internal photography is permitted. 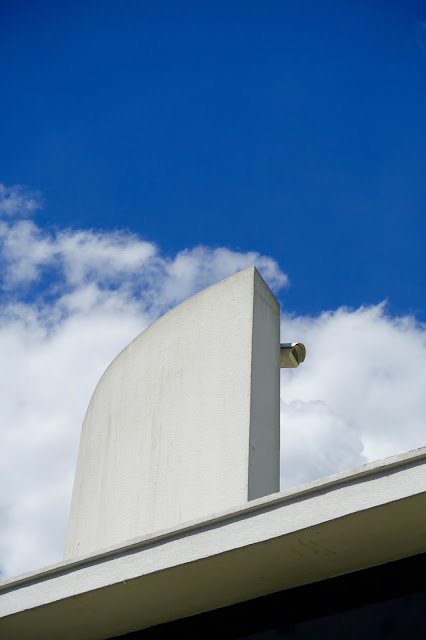 You might also like Villa La Roche - Le Corbusier's design for a Swiss art collector or More Paris Modernism - Mallet-Stevens, Le Corbusier and a modernist surprise.