Public baths began appearing in cities in the UK during the nineteenth century. The stimulus for this was primarily a piece of legislation, the Baths and Wash House Act of 1840. It was enacted in response to a growing awareness of the importance of hygiene and exercise in promoting good health and the fact that working class housing generally lacked facilities to wash oneself or ones clothes. Several public baths constructed during the Victorian period still stand today although many of them are now disused or in poor condition. On a more positive note, several local authorities have begun to restore these architectural treasures and to bring them back into use. One such example is Poplar Baths in East London.

The original Poplar Baths were constructed in 1852 and included first and second class pools, slipper baths (bath tubs) and vapor baths with separate provision for men and women. The building also boasted a  public laundry with washing, drying and ironing facilities. This must have seemed very luxurious and the height of modernity to Poplar dwellers during the 1850's many of whom were amongst the poorest Londoners.

During the 1920's and 1930's another round of building public bath houses and swimming pools took place again motivated by an awareness of the need to improve the health of Britain's poor. A number of iconic projects took place during this time including the Peckham Experiment on the opposite side of the Thames to Poplar. Poplar was again to benefit and the baths were rebuilt under the direction of Borough Engineer, Harley Heckford. Working with his Chief Assistant, H.R.W. Stanton, Heckford was to design the iconic building that dominates a particular stretch of East India Dock Road in today's London Borough of Tower Hamlets.

The new baths were built in the art deco style from 1932 to 1934. The building included two pools, the larger of which would be covered over in the winter and used as a dance hall and cinema and for boxing and wrestling competitions. When covered, the hall could seat 1,400 people. The smaller pool remained open for swimming throughout the winter and as previously, health and hygiene facilities were provided. It is interesting that the local authority saw the equal importance of physical and cultural activity in improving the wellbeing of local people.

This part of London was heavily bombed during the Second World War and although not destroyed, the baths sustained damage that led to several years of closure before re-opening in 1947. Use appears to have reached a peak between 1954 and 1959 when over 200,000 visits to the facilities were made each year before a long decline set in, leading to closure in 1988. Apart from temporary use by a training organisation and occasional one off events, the baths stood unused for 28 years. English Heritage listed the building in 2001, awarding it Grade ll status but also placing it on the buildings at risk register.

Campaigners worked for many years to get the baths reopened and in 201 an announcement was made that the building would be brought back into use as part of a wider £multi-million development which would include a sympathetic extension to the building. Work on the restoration commenced in 2014 and was very recently completed.

Never having been inside, I was fortunate to get a tour of the building a few days ago. The brown and red brick exterior wrapped around a reinforced concrete structure hides some stunning internal art deco features. For me at least, the undisputed stars of the show are the staircases to the left and right of the main entrance. Fully tiled to shoulder height in blue, grey and black, and boasting steel balustrades, these staircases would not be out of place in a 1930's New York hotel or a Parisian department store.  The granolithic tiled floor is covered with a range of geometric patterns that begin on the lobby floor and continue to the top of the staircases. There is also one remaining deco style pillar in the lobby, examples of which can often be found in well preserved 1930's cinemas.

The former main pool area is now set out as a sports hall and although the original spectator seating has gone, the decorative stage remains with the crest of the old authority above it. The "whalebone" concrete hyperbolic ribs still stand and support the glazed roof that was revolutionary in the 1930s, admitting natural light to a public baths. In the new part of the building which houses two pools, the former "Turkish" bath has been re-created with a smaller pool and beautiful tiled, hollowed out pillars that house functioning showers.

There are many other little features scattered through the building that show just how particular Harley Heckford and his team were back in the 1930's. These include crittal windows looking from the former office suite out over the sports hall and the openings through which films were screened from the projection room have been retained and the surrounds cleaned up. Some of the doors have beautifully angled handles, whilst gentle recessing has been used throughout as a decorative element. I also liked the not yet restored brown tiles at the upper levels, particularly where they curve at the doorways. It is clear that although Poplar was (and is) one of London's poorest neighborhoods, the architect and the authority believed that only the best design and facilities should be provided. not a bad philosophy.

The restored and extended baths reopen on Monday 25th August. Harley Heckford would be proud. 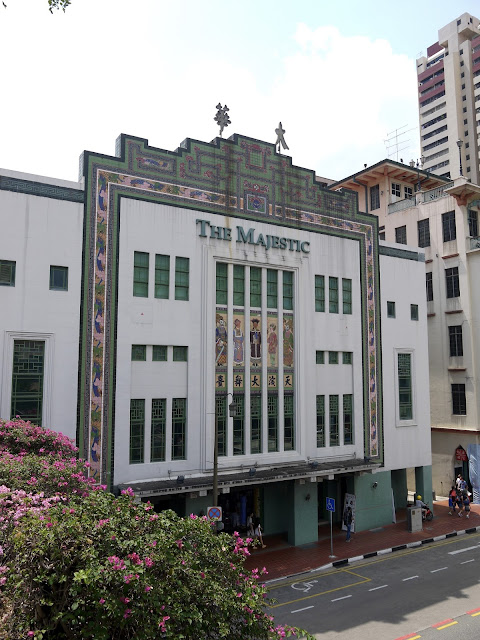 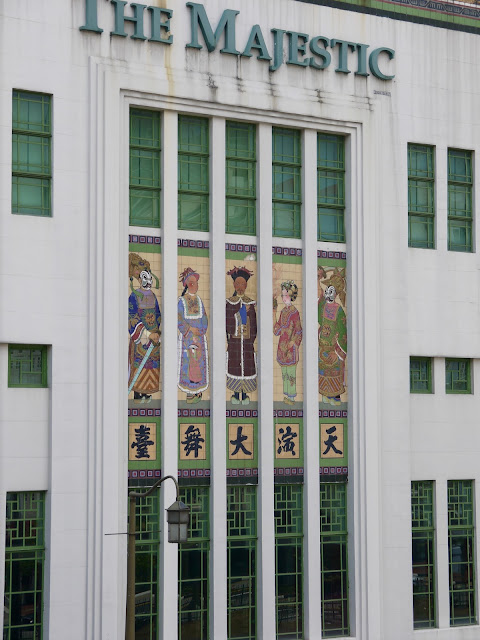 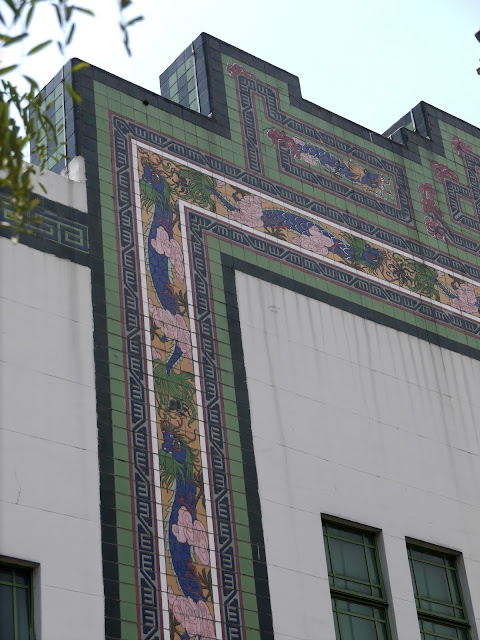 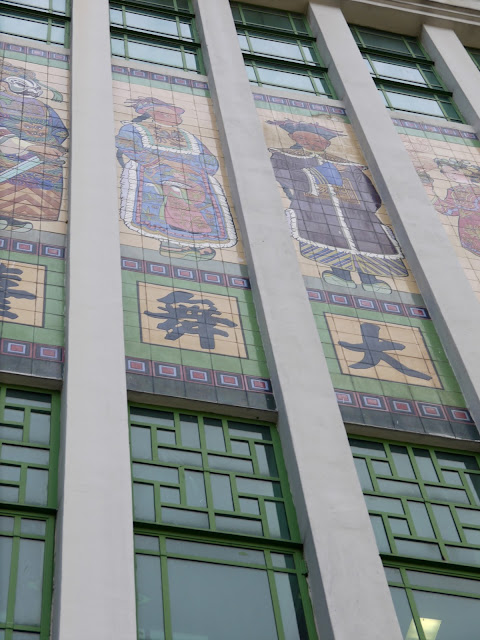 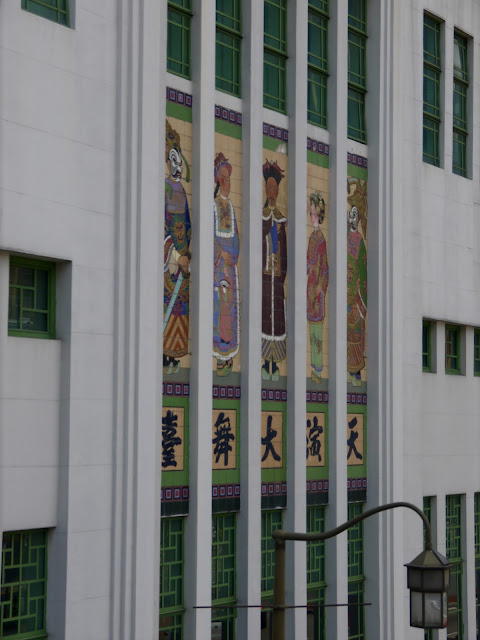 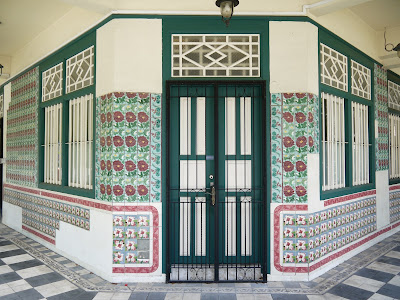 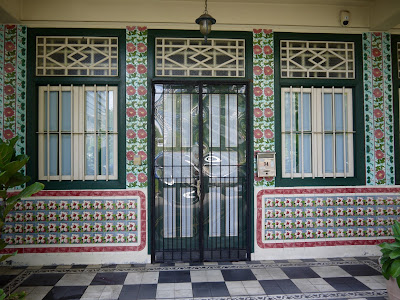 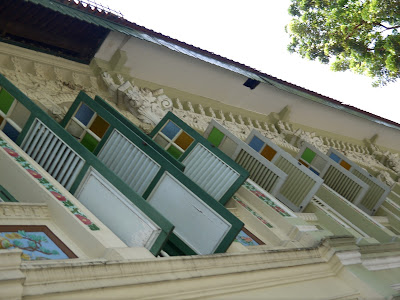 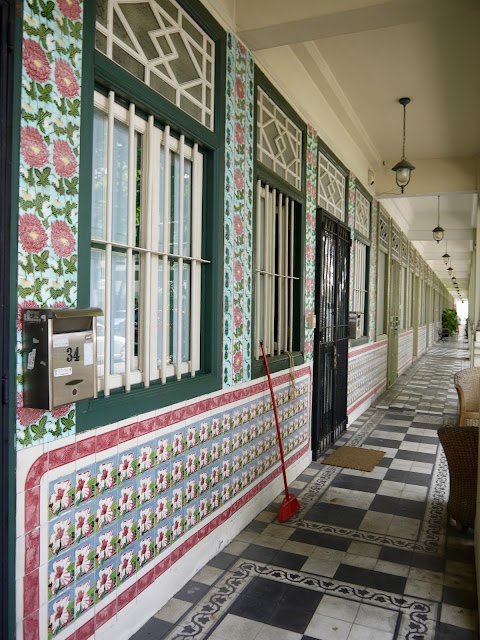 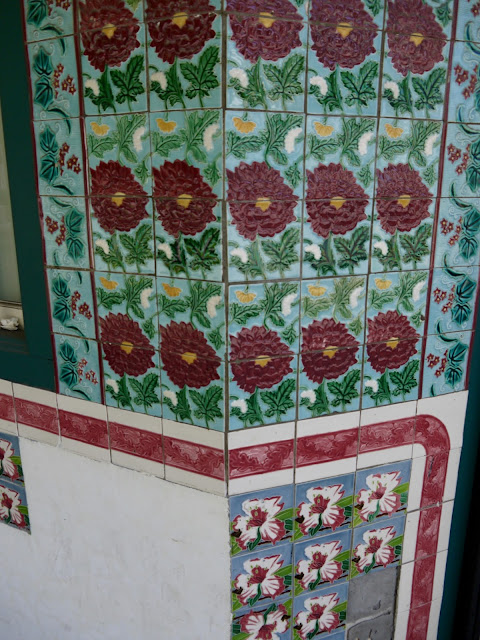 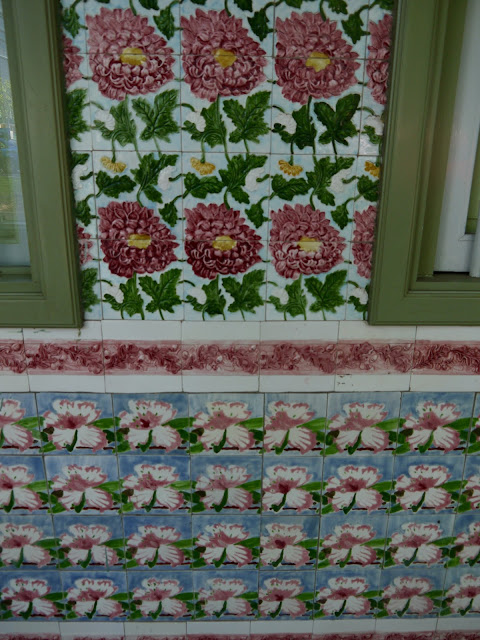 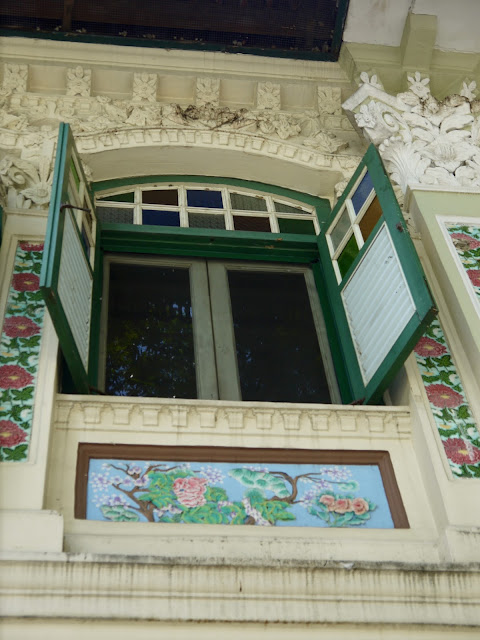 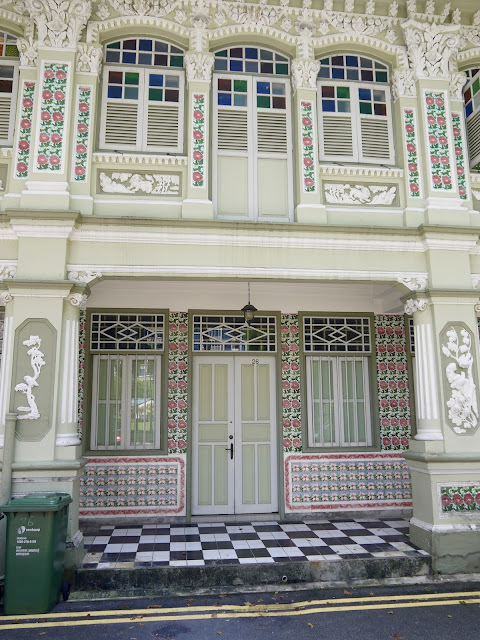