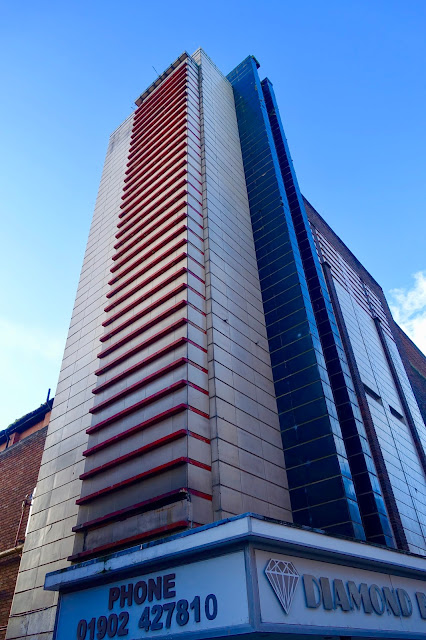 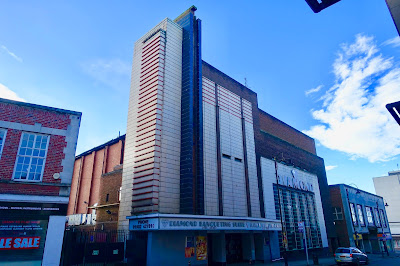 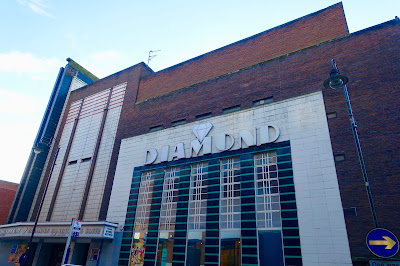 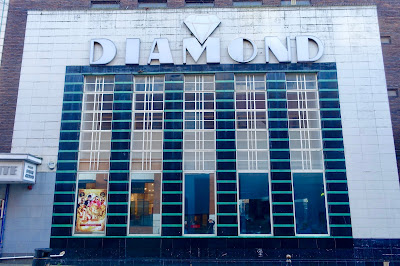 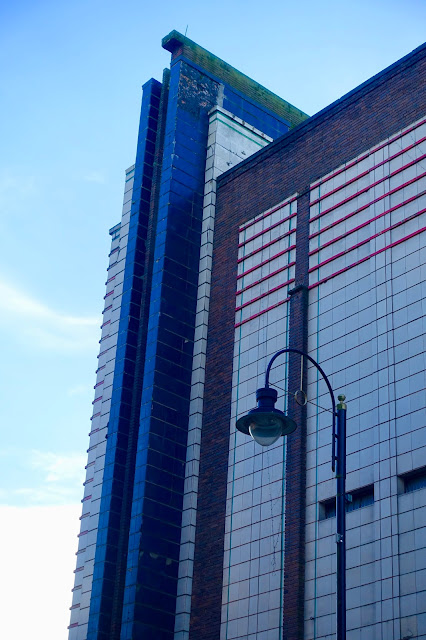 Earlier these year I posted two pieces highlighting some of London's very best art deco and modernist buildings. Both posts were well received so here is a third one in the series, to round off the year. This time, we have a mixture of residential and commercial buildings from right across the city.


Fleet Street was once the centre of Britain's newspaper industry. Most of the papers moved to Docklands in the 1980's, despite mass protests against both the move and increased mechanisation. Reuters were the last to leave in 2005 and there are no longer any news organisations in the street whose name is still synonymous with journalism. However some fine examples of art deco and streamline moderne architecture that were once home to national daily newspapers can still be seen. My favourite is the former Daily Express building at number 120 Fleet Street.  In 1930 Lord Beaverbrook commissioned architects Ellis and Clarke to extend an already existing structure but when their original proposals proved impracticable Sir Owen Williams was called in to assist. Problems resolved, construction was completed in 1932. Williams would later go on to design and construct the first section of the M1 motorway.

The exterior features a stunning black vitrolite and glass facade with the name Express being retained at ground floor level in stylised art deco lettering. The incredible deco entrance hall is off limits to all except employees and visitors with appointments. It was designed by Robert Atkinson and includes relief panels sculpted by Eric Aumonier who created the famous archer at East Finchley station. It also features an oval staircase and silvered pendant lamp. The building was listed with Grade II status in 1972. The Express left in 1989 and ownership has now passed to Goldman Sachs. Open House London if you are listening - this would be a great place to have on your programme for 2018.


Trinity Court is a beautiful Art Deco apartment block, completed in 1935 on Grey's Inn Road, a short  walk from Kings Cross Station. Architects F. Taperell and Haase designed this eight storey rectangular block, the shorter sides of which face the street. The magnificent facade includes double glazed doors with decorative tracery above which a pediment bears the name in blue letters, contrasting with the white wall. Seven metal framed windows stand above, culminating in a second pediment which conceals the housing of the lift shaft at roof level. There are balconies at each side of and these are accessed through a door which adjoins metal blue framed bay windows. The blue contrast is continued with the balustrades some of which have decorative detail.

The architects designed a number of apartment buildings in London during the 1930's including Heath View in Kentish Town. Haase turns up in the 13th May 1931 edition of the Singapore Free Press and Mercantile Advisor as a victim of robbery from his house in Marylebone. The thieves made off with several items including a Van Dyck painting, several Persian rugs, 22 Chinese ivory figures and four boxes of cigars - each containing fifty. He clearly liked a smoke.

Trinity Court backs onto the former St. Andrews Holborn burial ground which is now a pleasant public park. In the summer it attracts office workers from the surrounding area who come to eat their lunch. When I first came to London it was inhabited by street drinkers and drugs detritus was clearly visible. I'm not sure when the change occurred but renovation works were carried out a couple of years ago so perhaps then. The rear mirrors the front facade with the exception of having a smaller entrance and an incongruent modern lobby.


Cholmeley Lodge stands in a small side street at the top of Highgate Hill. Completed in 1935, it was the work of Guy Morgan who also designed Florin Court in the City of London. The Lodge shares some features with Florin Court, in particular the wave of three curved crescents on the facade. Awarded Grade ll listed status in 2003 for architectural and historical interest, it was constructed with yellow bricks and cast stone with steel horizontal bar casement windows. There are four entrance doorways with fluted surrounds and a curved canopy, each bearing the name of the block in stylised lettering. The overall impact is enhanced by boldly projecting, squared off balconies on every floor.

Each of the crescents have staircase towers leading to a flat roof, designed as a sundeck and which must offer spectacular views over the city. Reflecting both the modernity and the class divisions of the 1930's, the Lodge was designed with a series of lifts for residents and staircases for trades purposes - at the rear of course. The listing status refers to 54 flats in the block, although according to a 2006 Haringey Council report on the Highgate Conservation Area there are only 48.

If things had gone as planned, Cholmeley Court would not have been built in London. Originally intended for Bournemouth, it was rejected by the local planners as they found the ultra-modern design too stark and demanded that the elevation be softened with Tudor timber work! Thankfully Morgan refused to comply and Bournemouth's loss became Highgate's gain.

The London Bridge area on the south side of the Thames is known for its famous station, proximity to Borough Market and it's historical connections to the river. It should also be known for St. Olaf House, the art deco building at 27 Tooley Street. Designed by architect Harry Stuart Goodhart-Rendel it was built between 1928 and 1932 for the Hay's Wharf Company which operated wharves and warehouses along the Thames.


Six storeys high, it is built on a steel frame and clad in white Portland stone, which coupled with the interesting window design makes for a striking facade. There are wide oriel bay windows for four storeys above the ground floor entrance bay and these are topped by five small square windows on the fifth floor. This is in turn topped by a decorative parapet. The white frontage is relived by the name of the building set out in long, slim gilt art deco lettering above the entrance bay as well as above a smaller entrance to the side. The main entrance hall is at the rear. Frank Dobson (the sculptor not the politician) was responsible for the figure of St. Olaf King of Norway which can be seen from Tooley Street as well as for a series of panels on the river side. Listed at Grade II in 1971, St. Olaf House is now used as consulting rooms and for administrative work by the London Bridge Private Hospital.

The former Hay's Wharf Company office is one of the first buildings seen when exiting London Bridge Station on the Tooley Street side. Those large windows on the facade were designed to maximise natural light but today they also reflect contemporary London. If you look carefully at the picture below, it is possible to see the reflection of its better known neighbour - The Shard, completed in 2013 and attracting visitors from all over the world.

My fifth choice for this post takes us across London to what was once known as London's Golden Mile. The Great West Road north of Brentford was opened in 1925 to bypass the then traffic clogged Brentford High Street. The new road was soon flanked by factories, several of them in the art deco style. A number of these beauties remain. My favourite is the former Curry's distribution centre, from where stock was sent to heir chain of shops. It is now occupied by the international marketing company JC Decaux. Built in 1936 and designed by F.E. Simkins it was sensitively restored by Norman Foster in 1997 having achieved Grade II listed status in 1994.

It is built from reinforced concrete with a partial steel frame and a flat roof. The red metal window frames are a vivid contrast to the plain white facade which leans in to the central clock tower. As with many deco buildings, this one has a beautiful entrance with a red door frame and white rounded canopy. When I visited in the summer of 2016, works were being carried out to the facade and this together with a decidedly unfriendly workman made it difficult to get the best pictures. I promised myself I would return and try again - something for spring 2018 I think.