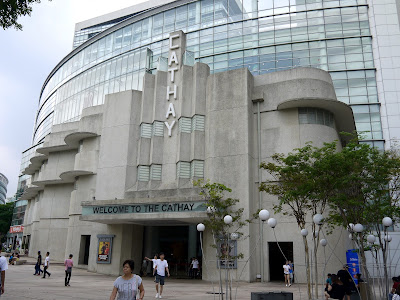 The Cathay Centre in Singapore's Handy Road is a magnet for young people with its shops, cafes and multiplex cinema. It has the Singapore School of the Arts as its neighbour which no doubt supplies many of its younger customers. However, the original Cathay Cinema building was attracting visitors long before its nearest neighbors came along. Designed by British architect Frank W. Brewer, it was completed in 1939 and at 16 storeys and 83.5 metres tall, it was Asia's first skyscraper.

Brewer was based in Singapore and designed several other buildings there. His Cathay complex included a 1,300 seat cinema, an hotel and the headquarters of the British Malaya Broadcasting Corporation. The epitome of modernity, the cinema was the first air conditioned public building in Singapore and offered arm chairs to its patrons, something out of the ordinary for 1939. The original interior included black marble pillars, green tiled floors and a gold ceiling - sadly all lost now. The Cathay was declared open by Loke Wan Tho, founder of the Cathay organization and a major mover and shaker in the film industry and the first screening was The Four Feathers starring Ralph Richardson and C. Audrey Smith. 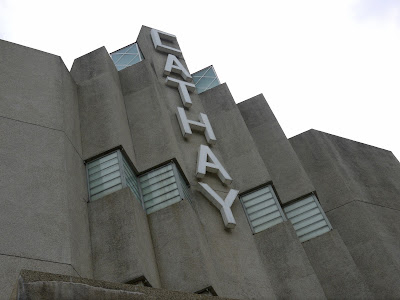 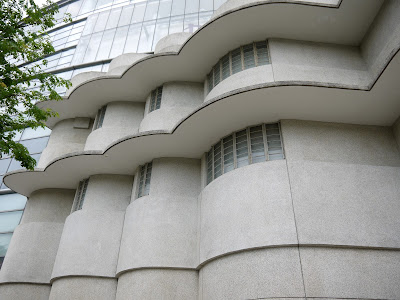 The Second World War reached Singapore in 1942 and the Cathay was used as a Red Cross casualty station. In February of that year, 14 shells struck the cinema, killing a number of Australians who had been in the hall. When Singapore fell to the Japanese, the occupying forces used it as a broadcasting centre from which to disseminate propaganda and directives to the local populace, including occasionally displaying the severed heads of executed locals.

The Cathay also served as home to the Japanese film director Yasujiro Ozu for the last year of the war. Ozu was to go on to direct the classic Tokyo Story in 1953. During his time in Singapore he is said to have done little work and spent most of his time entertaining guests, drawing and collecting carpets. This must have been disappointing for his superiors who had sent him there to make a propaganda film with the Indian director, Chandra Bose. The building was to have another famous resident from 1945 to 1946 when Lord Louis Mountbatten stayed there in his role as Commander of the Allied Forces in the Far East. The cinema eventually re-opened in 1948 with Tunisian Victory as its first post-war screening, an allied propaganda film. You can see it in its entirety here on youtube if you really want to! 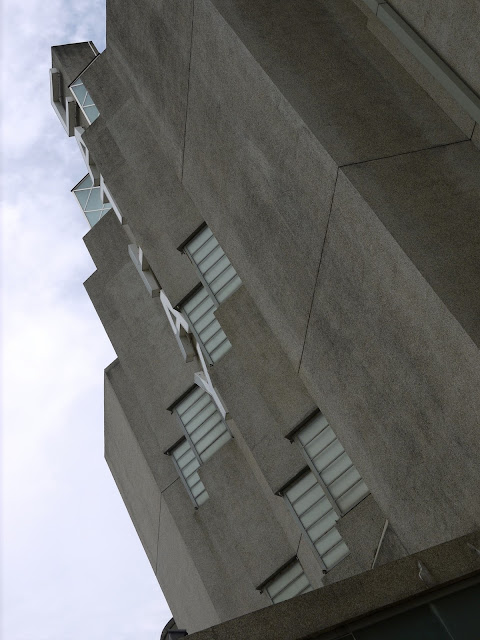 Since then the building has been through many changes. The hotel was converted into flats, an unsympathetic makeover took place in 1978 and in 1990 the Cathay organization announced plans to revamp the entire complex, including demolition of the original cinema. Thankfully the facade was listed as National Monument in 2003 and so this alone survives from the original building. Its striking curves and waves, its geometric centre piece and highly stylized lettering bearing the Cathay name now compete with much taller buildings to the side and the rear and interesting as those newcomers are, the Cathay facade is still the main attraction. 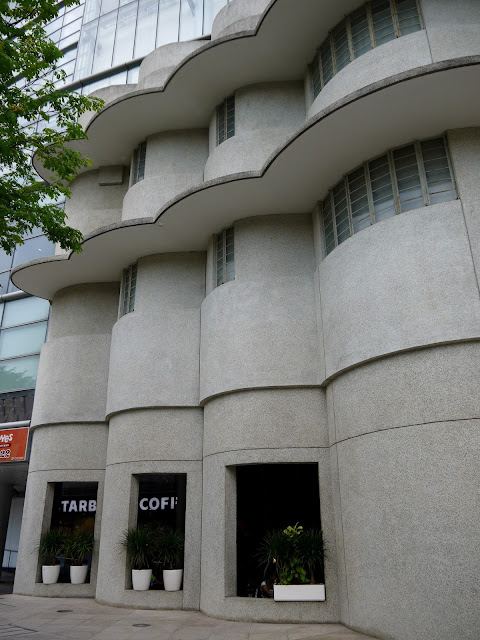 More pictures from Singapore here.
Posted by Yekkes at 11:20