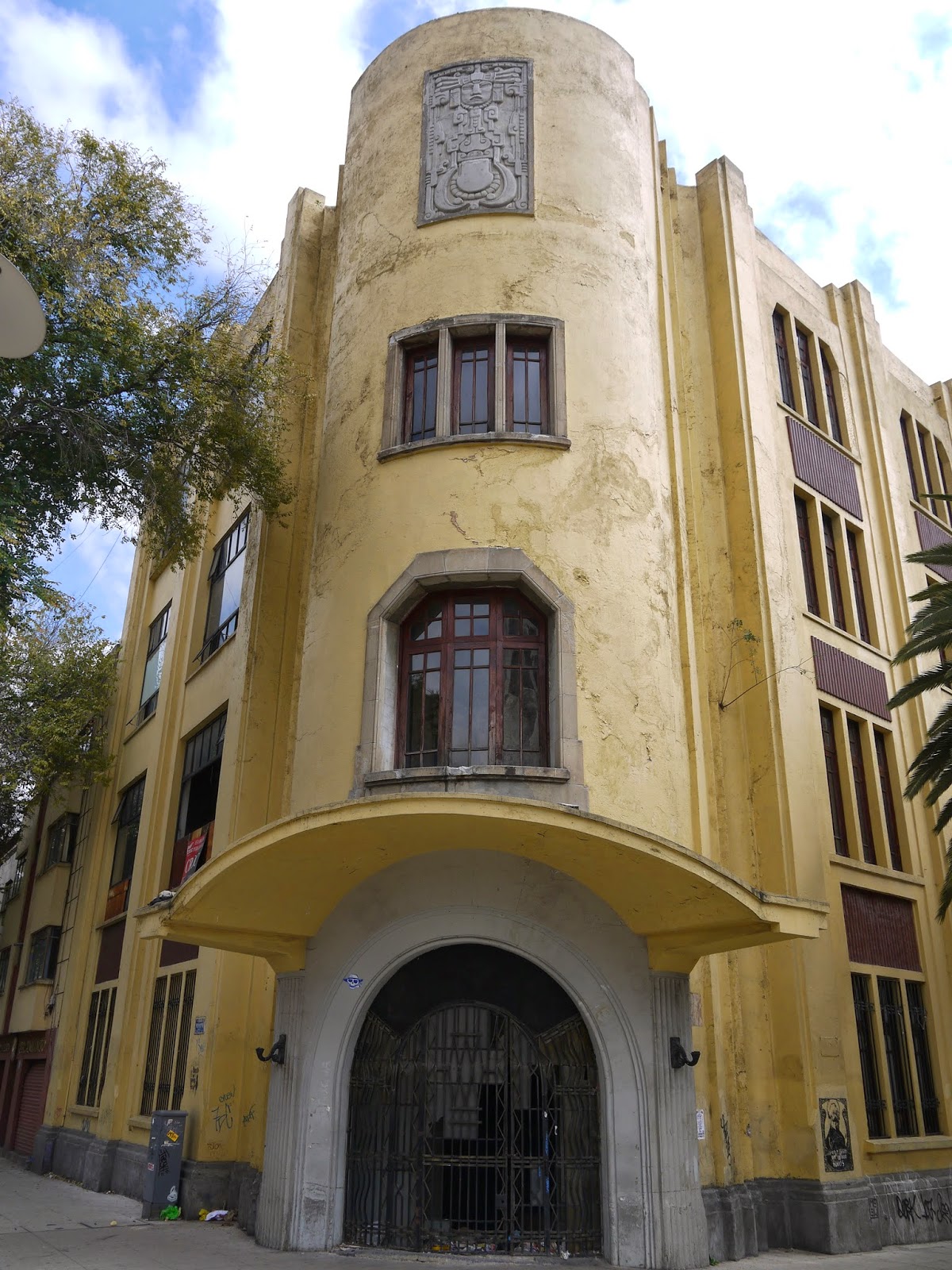 Mexico City boasts many fine art deco and modernist buildings. One of the largest is the Fronton, an abandoned jai-alai stadium adjacent to the city's Monument to the Revolution which dominates La Reforma one of the main thoroughfares. Built in 1929 as a home for the Basque racquet game, it struggled in later decades and in 1992 tried to diversify by establishing itself as a venue for cultural events. However, it had closed by the end of the 1990's due to economic reasons and complications involving a strike by staff who had not been paid. It stood vacant for several years until plans were made for it to re-open in 2010 as part of the celebrations to mark the centenary of the Mexican Revolution.

Jai-alai (in case you are wondering) is a variation of Pelota, another Basque game for two players which involves bouncing a ball off a walled space at extremely high speed using a hand held implement called a cesta. The ball is extremely hard and the sport has a history of serious injuries when players have been hit. The sport is played in the United States and the Philippines as well as in Latin American countries.

Proposals for the 2010 re-opening included refurbishing the jai-alai courts and establishing spectator boxes, a restaurant, bar and cafeteria. There were plans for a roof bar, a casino, a small hotel and a pool to be ready for 2011 but there was no evidence of any of this on my visit. There is also conflicting information on the internet about the scale of the works that were undertaken, some alleging that nothing at all happened.

The Fronton is a substantial building and although in poor condition it is easy to imagine how grand it must have been back in its heyday with its lovely towers, figures of jai-alai players and Aztec decorative features. It has suffered significant vandalism including various types of graffiti (some more artistic than others) and broken windows. The paintwork is in need of serious attention and rubbish has been dumped behind the grills around the entrance to the gallery. At the moment it is standing bereft, waiting for someone to invest in it. I only hope whoever the is respects the elegance of the building, retains its beautiful art deco features and restores rather than renovates. 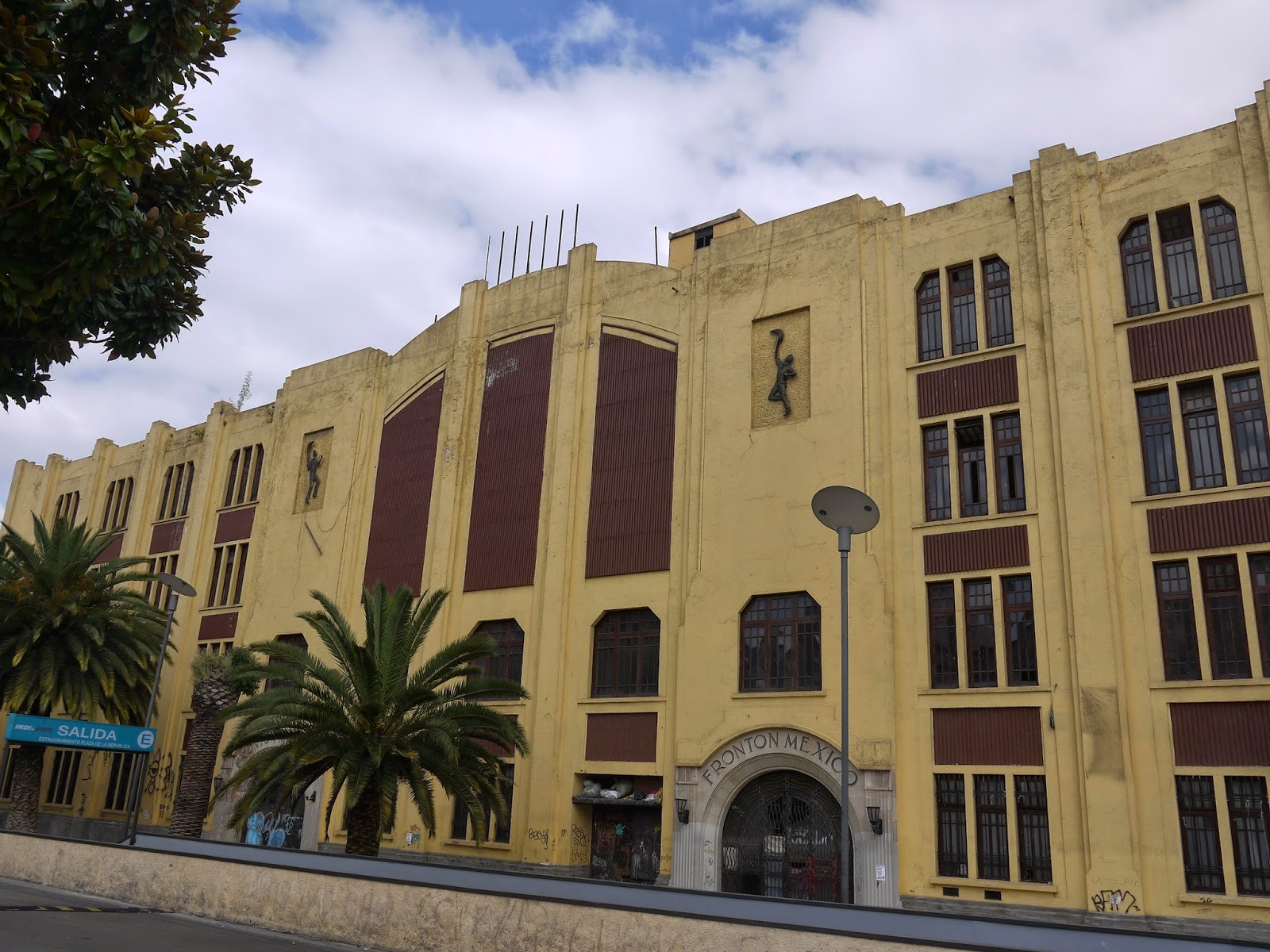 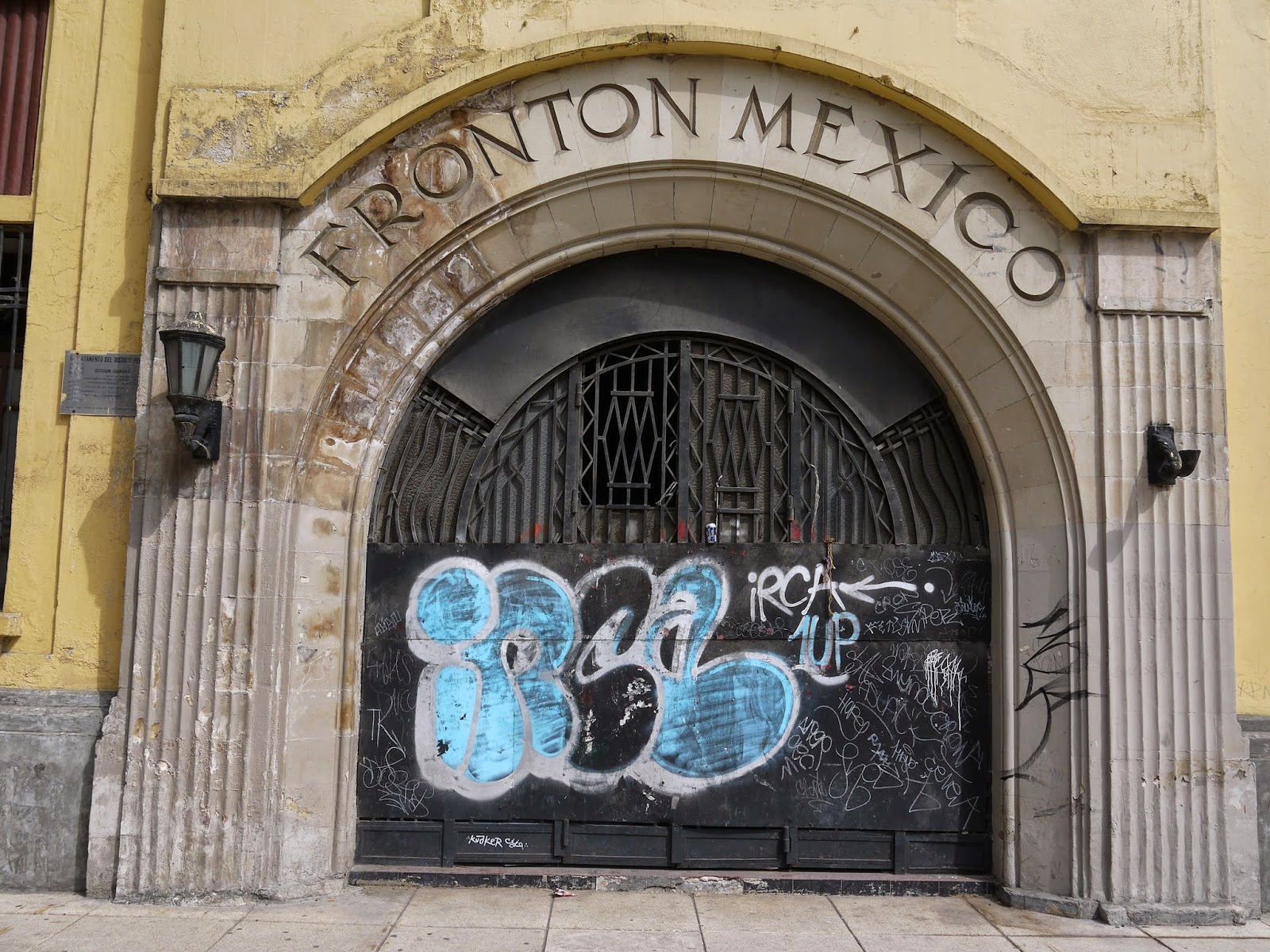