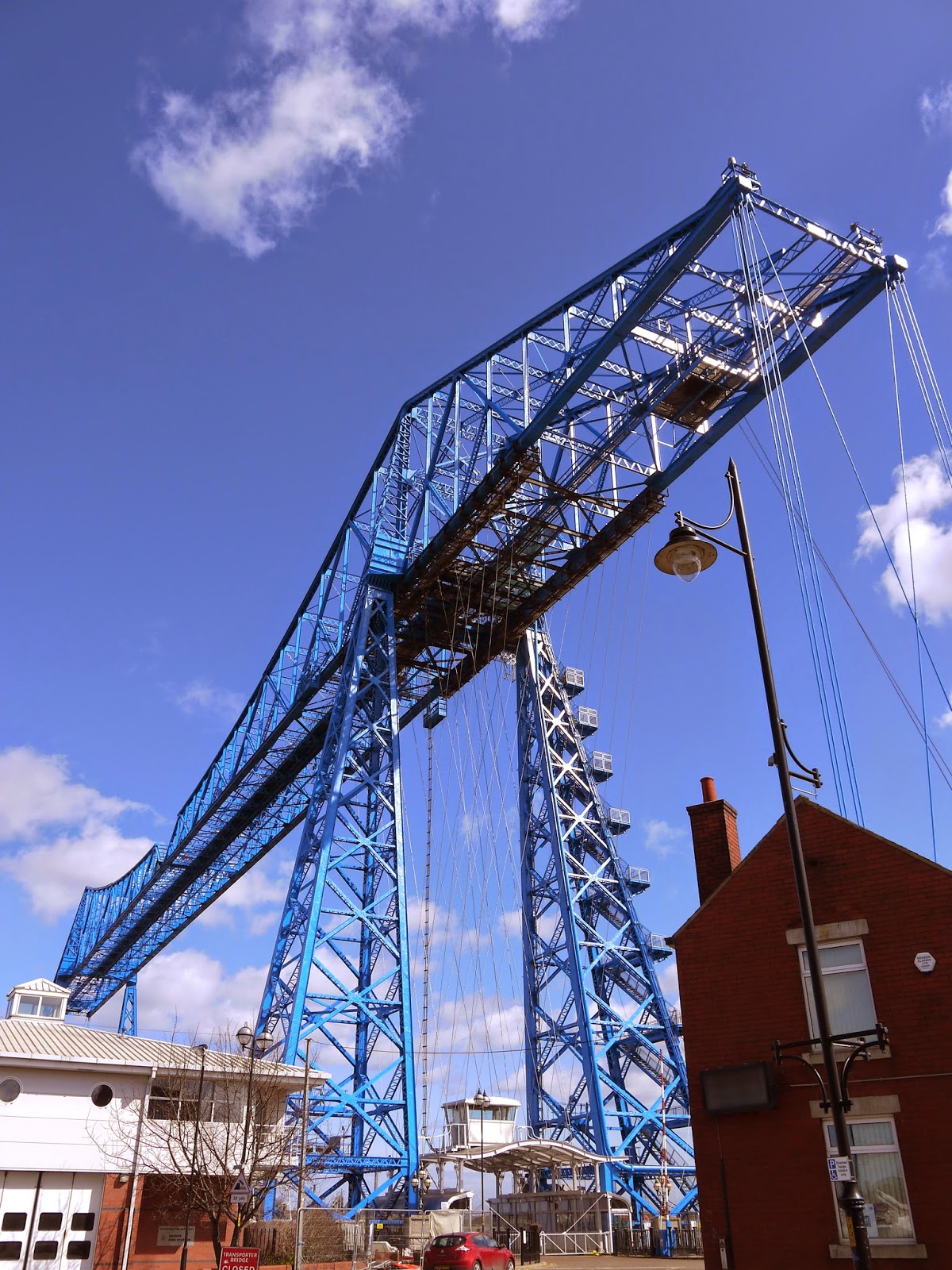 Middlesbrough's transporter bridge is one of just three of its kind remaining in the UK and is both a much loved iconic image of the town and a reminder of the area's industrial past.

The idea for a bridge was first mooted in 1872 by one Charles Smith, manager of the Hartlepool Iron Works, who suggested a scheme to Middlesbrough Corporation. His idea was rejected and it was not until 1911 that the bridge was built as a result of an Act of Parliament passed in 1907. It cost 68,026 pounds, six shillings and eight pence to build which translates to about 6,300,000 pounds today. Construction was completed by Sir William Arrol and Co. of Glasgow using steel made by local company Dorman Long (forerunners of British Steel) and replaced ferry services across the river. Local labour employed at Dorman Long also produced the steel used to construct the Sydney Harbour Bridge. The foundation stones were laid by Mayor of Middlesbrough Thomas Gibson-Poole and Alderman Joseph McLauchlan, whilst the towns citizens turned out in huge numbers to welcome Prince Albert of Connaught on 17th October 1911 when he came to open the bridge.

The bridge is 851 feet long - the longest remaining transporter bridge in the world. The cantilever construction has three main bridge parts and a gondola which runs on a wheel and rail system 160 feet above the Tees. The transporter has seen some drama over the years. It was hit by a bomb in the Second World War, whilst in 1953, the gondola became stuck half way across and was lashed by gale force winds that brought the river to within inches of the platform. It has also featured in films and TV series including Billy Elliot and the Boys from the Backstuff, whilst scenes of its apparent dismantling and transportation to Arizona during Auf Wiedersehen Pet resulted in calls from worried citizens  to the Council, protesting the seeming loss. The TV company had to include a clarification at the end of the series that the scenes were purely fictional! A real drama occurred in 1974 when actor Terry Scott thought he was crossing a toll bridge and drove off the edge, landing in the safety netting below - and I just about remember this from the local newspaper - the Evening Gazette.

The bridge straddles the river Tees between the former St. Hilda's area of Middlesbrough and Port Clarence on the Stockton-on-Tees side of the river. St. Hilda's was home to a range of industries connected to the docks as well as to a residential community. Almost all of both are now gone, cleared by the demolition ball over a number of years with only a few exceptions -  two pubs (one derelict), the old dock clock and the former town hall, the latter of which was famously painted by L.S. Lowry in 1959. Referred to as "over the border" due to being on the riverside of the railway line, St. Hilda's had a reputation for being a bit scary during my younger days as well as being a bit risqué due to the (possibly assumed) activities that took place in some of the pubs!

The area has been renamed "Middlehaven" and is now home to part of the town's university campus, it's college and Middlesbrough FC's stadium. There are also plans to redevelop the area with housing, shops and cafes, re-connecting the town to the river and bringing new life to this historic area. I like the idea of bringing it back to life - but its a shame that so much of what was there before has gone. The transporter bridge was given grade II* listed status in 1983, protecting it from a similar fate, but its real protection comes from its continued use and more importantly from the attachment that locals continue to feel for this example of engineering ingenuity. 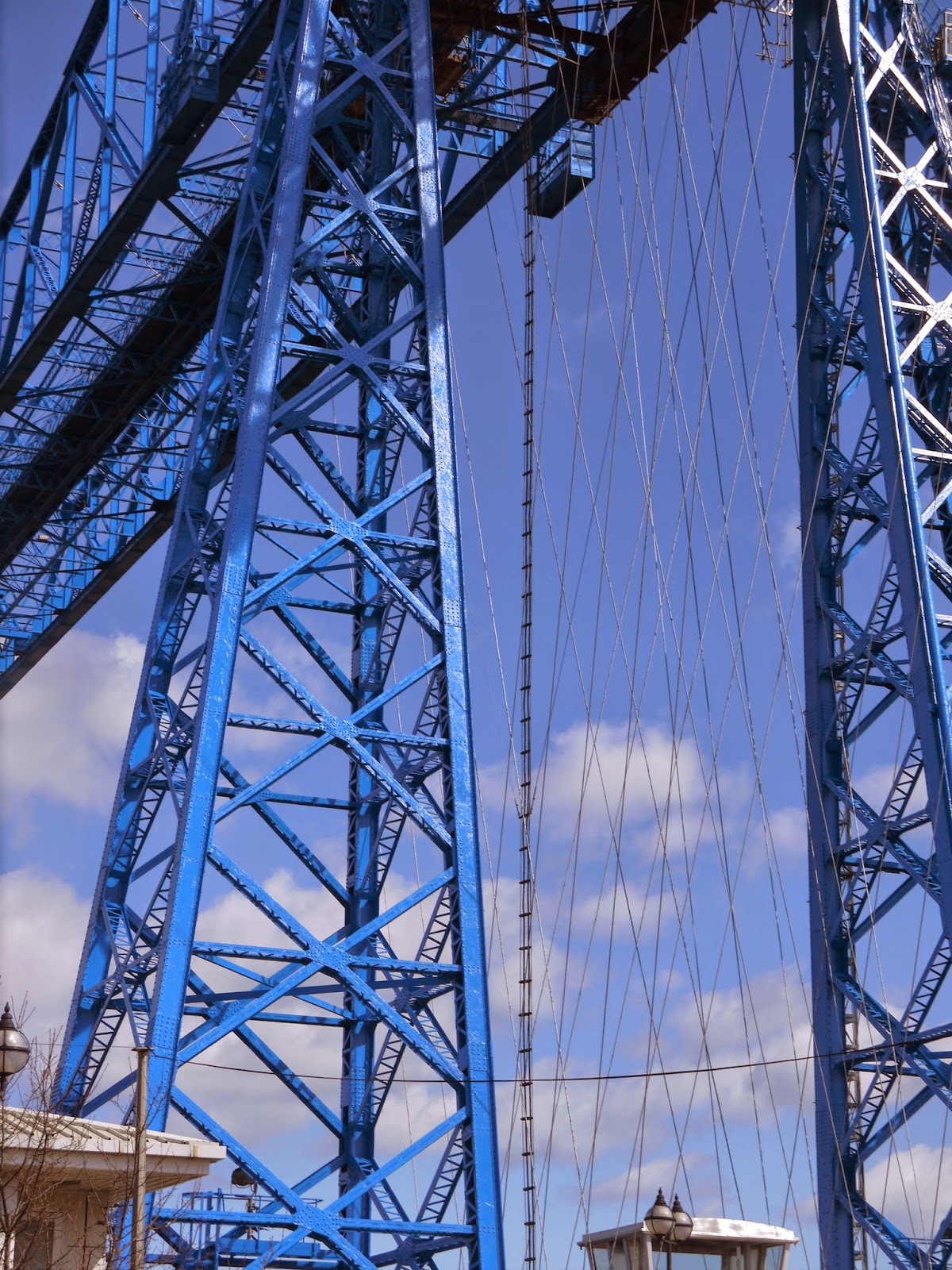 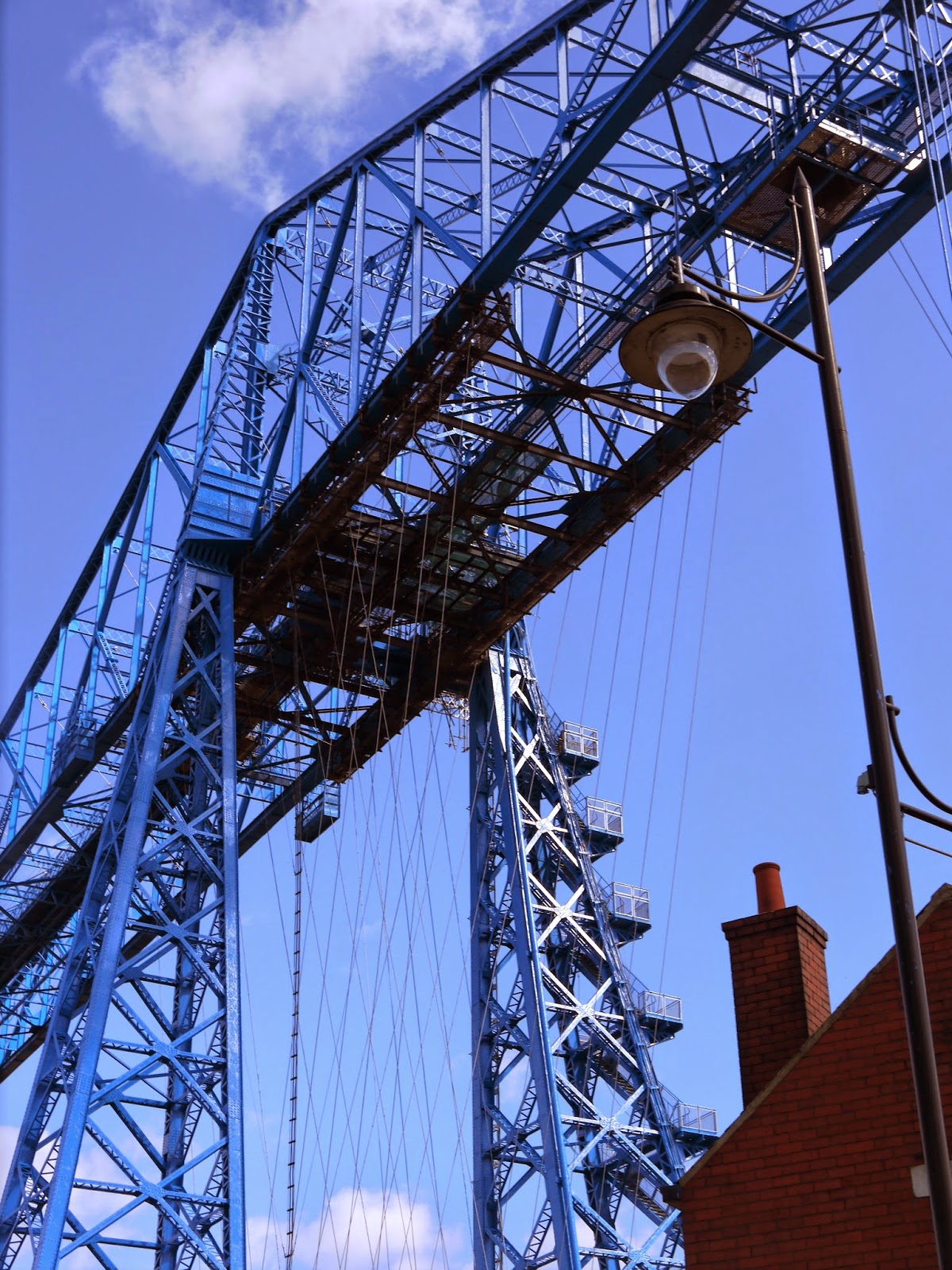 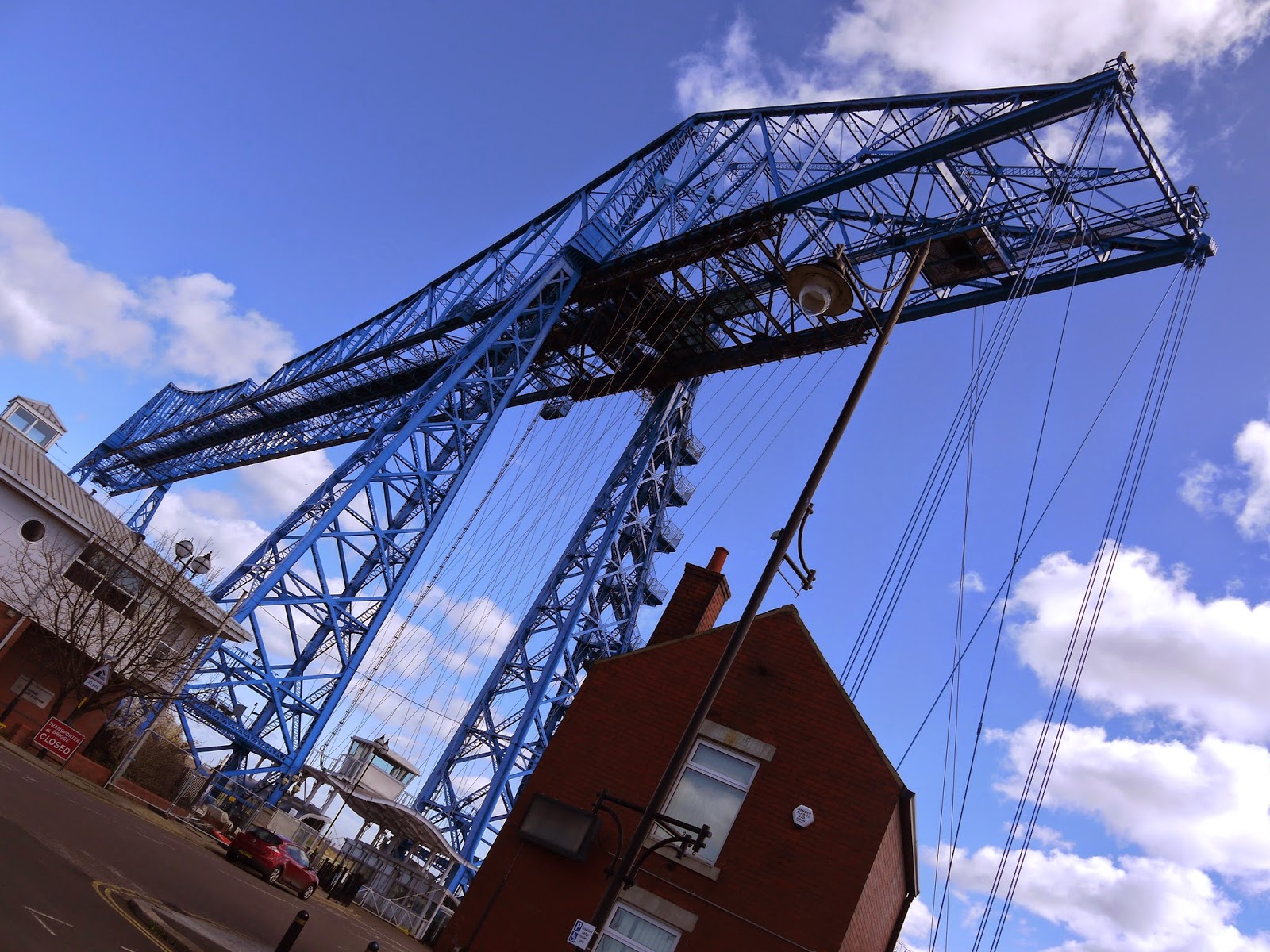