Picture Post 50 - I Montefiore Street Tel-Aviv, restored, extended and secured for the future. 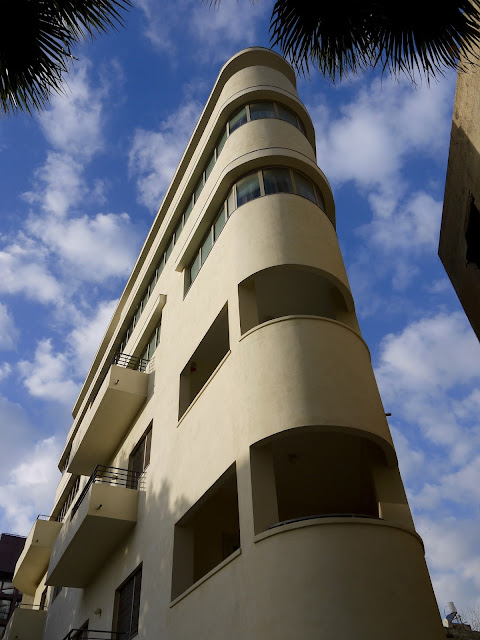 The lower end of Montefiore Street in Tel Aviv is probably not on many people's list of places to visit. However it should be, because it has a breathtakingly beautiful and exquisitely restored architectural landmark from the 1920's. Resembling an ocean liner, number one Montefiore was originally designed for the Havoinik family by architectural maestro, Yehuda Magidovitch. Magidovitch was responsible for many eclectic style buildings in Tel Aviv including the nearby Great Synagogue on Allenby Street and the wonderful Cinema Esther (now a hotel) at Kikar Dizengoff. Magidovitch was one of the most important architects during this period but the final design of the Havoinik house was completed instead by Isaac Schwartz. Schwartz was also responsible for designing buildings on Allenby and HaYarkon streets during the same period.

In the 1920's number one Montefiore must have been one of the tallest buildings in this part of the city. Now dwarfed by some of its much less attractive neighbours, it still holds its own with a spectacular rounded and very narrow "bow" looking up Montefiore. This bow also forms the pinnacle of the building's triangular design and includes recessed balconies or loggias. The flat side has protruding balconies with decorative rails which further contribute to the nautical theme. Unfortunately I was not able to see the interior, where the stairs are covered with mosaics and have stylised handrails.

The building was substantially restored in 2011 when substantial extensions were also made. Three additional floors were added to serve as offices and conference rooms for the Institute of Certified Public Accountants in Israel which now has its base here. A basement floor was also added to act as a storage facility for the organisation's publishing house and to be used as a bomb shelter should the need arise. The works were carried out by Amnon Bar Or Architects in 2011. Interestingly, the same company were also detailed to carry out works on Schwarz's Allenby Street building. Purists may object to the remodeling, but the changes are sympathetic to the original design and have helped secure the building's future. 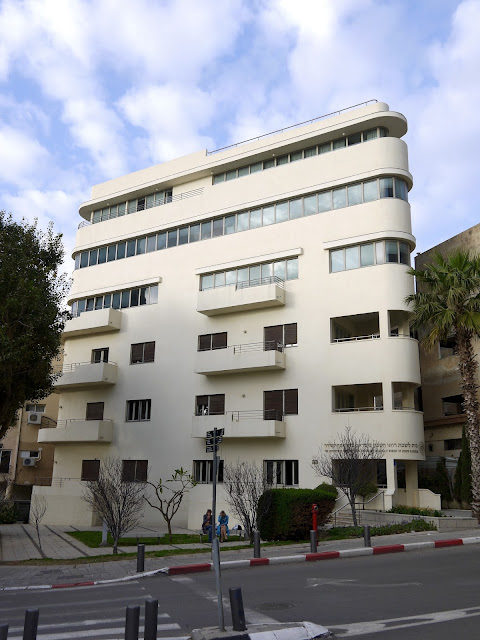 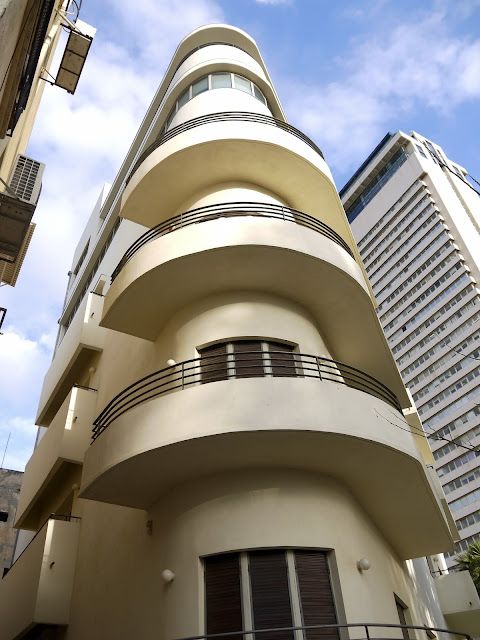 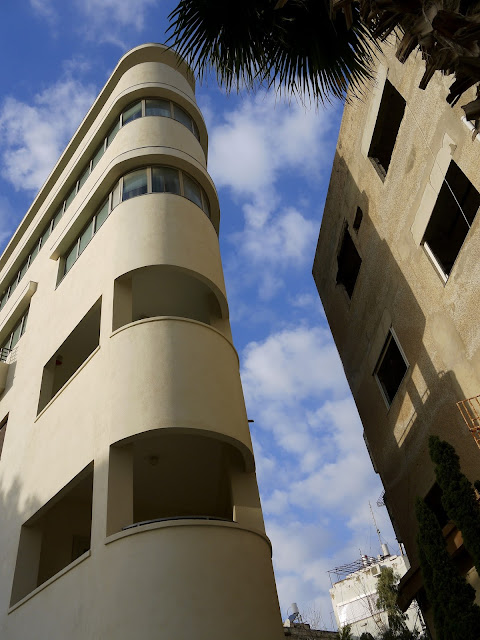 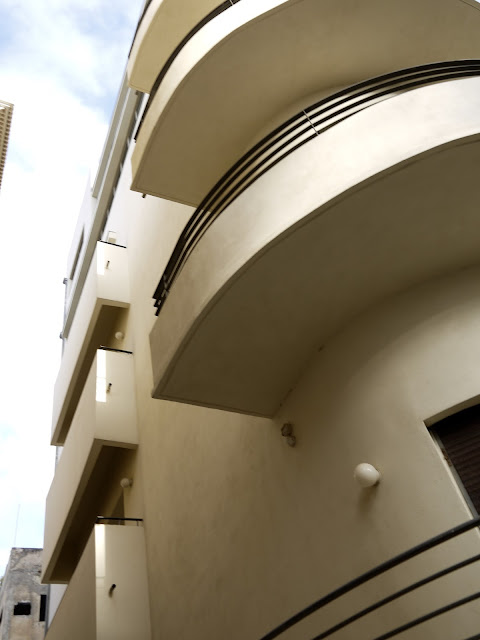 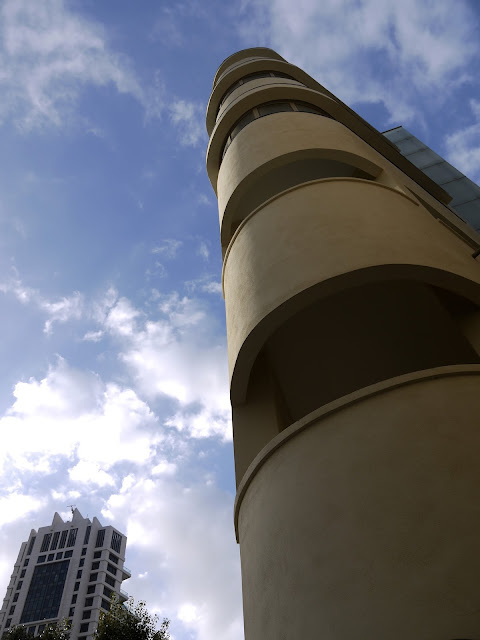