During my recent visit to Rotterdam, I was thrilled to be able to visit the Van Nelle factory on the outskirts of the city. The former factory which now houses creative businesses and is used as an events venue was declared a UNESCO World Heritage Site in 2014.  Built between 1925 and 1931, it is probably the modernist masterpiece of iconic Dutch architects, Johannes Brinkman and Leendert Van de Vlugt. You don't have to take my word for this, but perhaps Le Corbusier's 1932 description of it as  "the most beautiful spectacle of the modern age" might convince you! 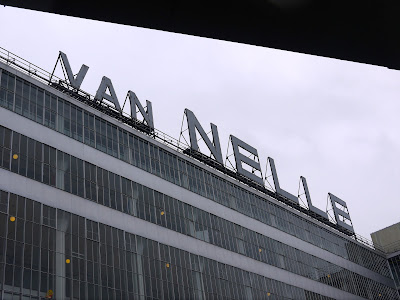 The company was founded in 1782 when Johannes and Hendrika van Nelle opened a store in Rotterdam selling coffee, tea and tobacco. In the 19th century the business developed into a factory operation, processing materials imported from the family's plantations in the Java which was then a Dutch colony. By the 1920's the company had outgrown its premises and co-owner Kees van de Leeuw commissioned Brinkman and van der Vlugt to build a new factory. The location for the new building was just outside the centre of the city but with easy access to roads, railways and canals. Visitors from Amsterdam arriving in Rotterdam by train get a good view of the factory, demonstrating its closeness to the railway line.

The factory is supported on a structure of reinforced concrete with facades composed of glass and steel. The preponderance of glass both externally and on the interior partitions and the use of concrete mushroom columns to facilitate this was a response to the client's brief for a modern, progressive work space maximising the use of natural light and providing a comfortable working environment. During my tour of the building it was explained that it was also felt to be beneficial to be able to be observed whilst working, showing that you were pulling your weight and not slacking. Mmm.

This is a very large building, running to 8 storeys and 300 metres in length. Coffee, tea and tobacco were processed in different areas. Raw materials were delivered to the top floors where processing commenced and moved down a floor at a time to complete each stage of the process until they were shipped out from the ground floor and taken to retailers. A series of bridges link the main building and the former stores opposite. These are sloping and were used to transport goods between the different parts of the complex, making use of gravity to do so. 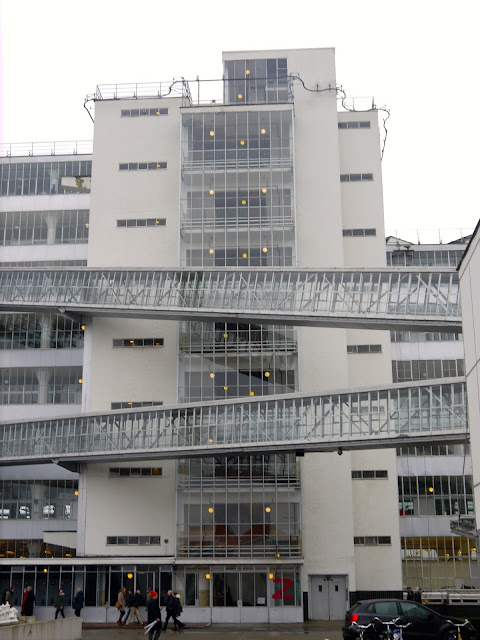 In keeping with the spirit of modernism, the factory was designed with the wellbeing of the workforce in mind. Showers were provided for the workers at a time when very few, if any of them would have had such facilities at home. A cinema, library, light filled cafe and sports facilities were also provided for the workers. This approach was driven in part by van de Leeuw's interest in and commitment to Theosophy. De Leeuw was a close friend of philosopher and one time potential "messiah" of the movement, Jiddu Krishnamurti. However, the altruism only extended so far and the tennis courts in the factory grounds were only for the use of managers! At its height more than 2,000 people worked here - the equivalent of a large village or small town. 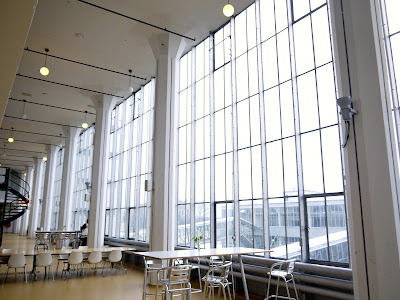 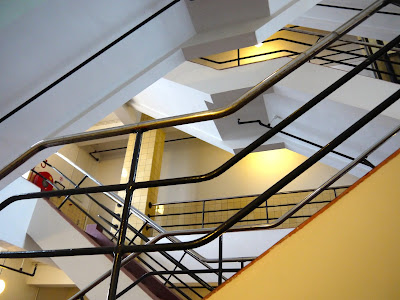 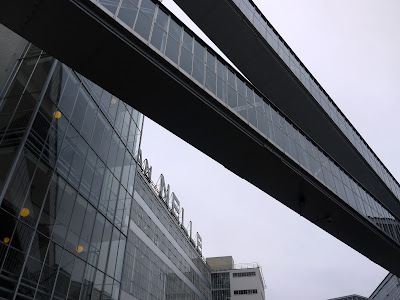 The workforce was segregated with men and women performing different tasks and working separately. The magnificent double staircase pictured in this post was designed to accommodate this regime with one set of stairs for women and one for the men. The reasoning for this was that segregation would prevent romance budding in the workplace and distracting the workers from their labour. How effective this was I don't know but it's not hard to imagine meaningful glances being passed across the central stairwell that led to other things later on!

During my stay in Rotterdam I also visited the Chabot Museum which is housed in the former Kraaijeveld House, another modernist gem. A film was being shown there that included footage from the construction of the factory and of the staff at work. The female staff wore very business-like overalls that would not be out of place in a laboratory and almost all of them sported the fabulously glamorous Marcel wave hairstyle. As well as keeping the genders apart, other measures were taken to remind employees of their social status. Important guests and buyers from retail outlets would be received in a part of the building separate to the parts frequented by the workers. The film also covers de Leeuw's interest in Theosophy. Incidentally de Leeuw, Bertus Sonneveld and Matthijs de Bruyin, also company directs were so impressed with Van de Vlugt's work that they commissioned him to build houses for them. The Sonnenveld House still stands and can be visited today. 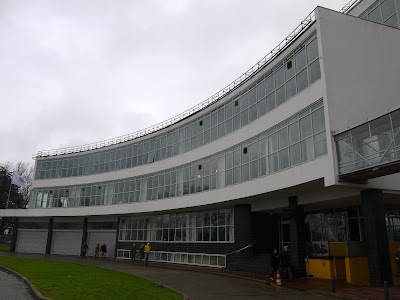 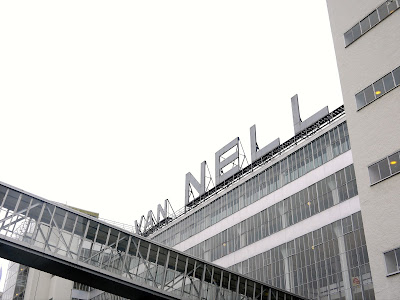 The factory came through the Second World War unscathed and over time, the company diversified and included cigarettes, instant puddings and rice amongst their products, continuing to produce goods until 1996. The following year Eric Gude, an expert in converting former industrial sites began working with Wessel de Jonge, a conservation expert in order to preserve the building. Conservation began in 1999 and in addition to its UNESCO World Heritage Status it is also a National Monument in the Netherlands.

It is still possible to see advertisements for Van Nelle products including a huge street sign I noticed whilst strolling in central Rotterdam. It is also possible to find marketing materials and product labels from the 1930's onwards in flea markets around the Netherlands and I picked some up in Amsterdam a few years ago. Visits to the factory can be arranged by contacting Archiguides.

Unfortunately the dark skies and driving sleet  on the day of my visit impacted on my pictures - low light photography is not my forte! A good reason to return in the summer. 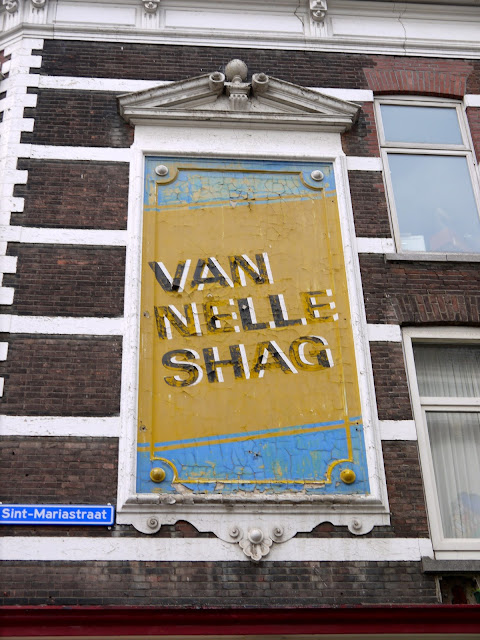 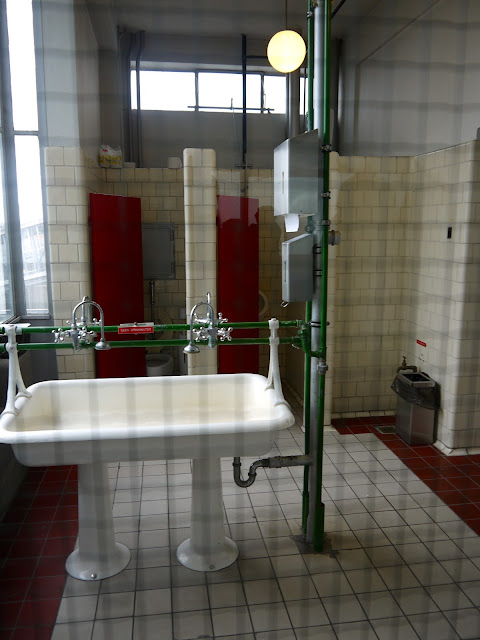 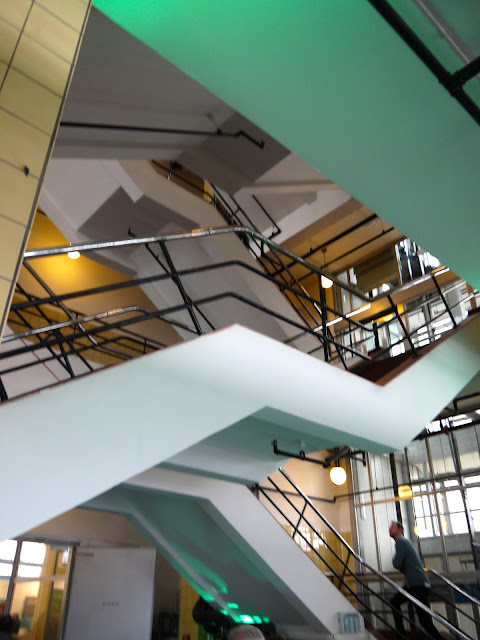 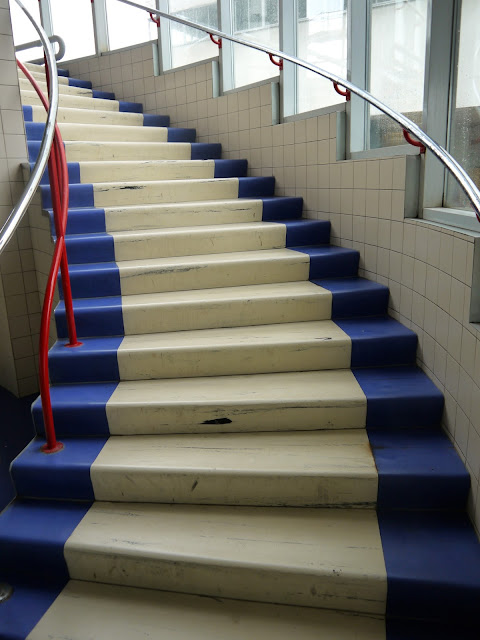 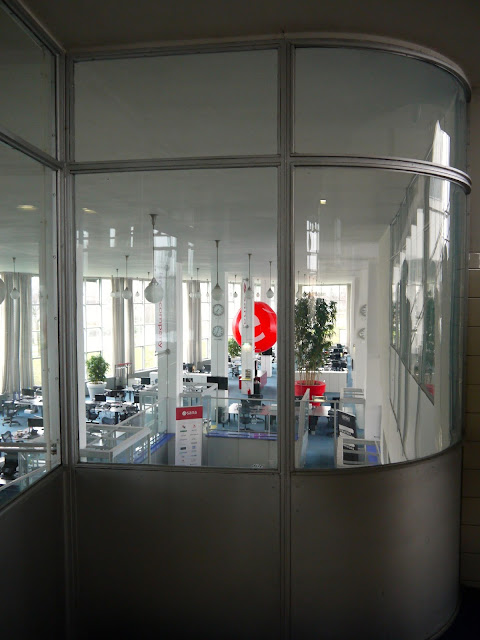 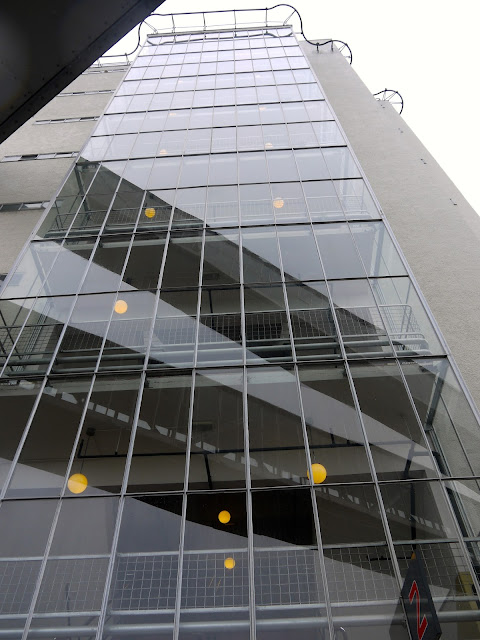 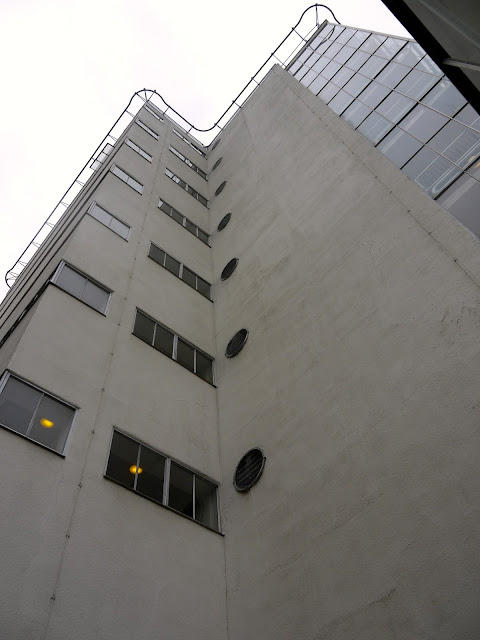 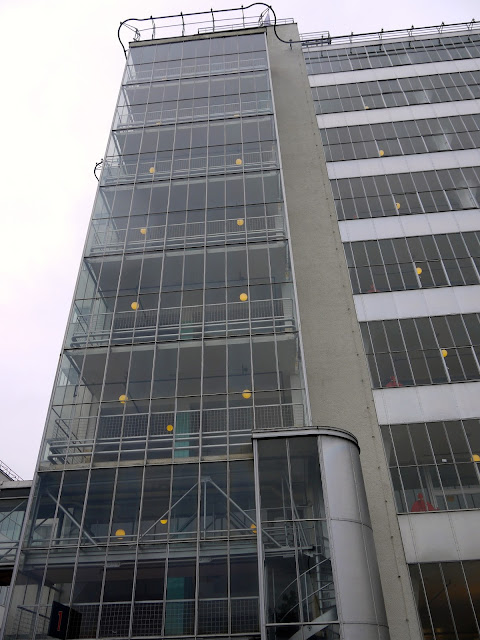