Tel-Aviv's Bauhaus architecture secured UNESCO World Heritage Status in 2003. There are more than 4,000 such buildings  in the city, which means that there are always more to discover and enjoy simply by walking the streets. The World Heritage Status stimulated great interest in the built heritage and although a significant number of the Bauhaus structures remain in poor condition, many have been restored or are under restoration.

Recently I came across two apartment buildings that I hadn't noticed before, one of which has been lovingly restored as well as a stunningly restored and extended building on Dizengoff Street. The Yehuda Hetzroni House at 107 Dizengoff was built in 1935 to the design of architect Yehuda Stempler. The original plans show two residential floors above commercial space on the ground floor. The facade is asymmetrical with long balconies that curve around the corner, parallel to the gorgeous curved glazing of the commercial space. A stairwell divides the front and rear wings and features a vertical "thermometer" window. The restoration has recently been completed, using original materials. Two more floors have been added, together with a partial floor and pergola - reflecting the Bauhaus philosophy of shared, social space on the roof. Nitza Szmuk Architects carried out the work and have been responsible for much of the restoration carried out in the city. Original architect Stempler, went on to design other Bauhaus style buildings in Tel-Aviv, including the Reis House in Meggido Street, completed in 1936. 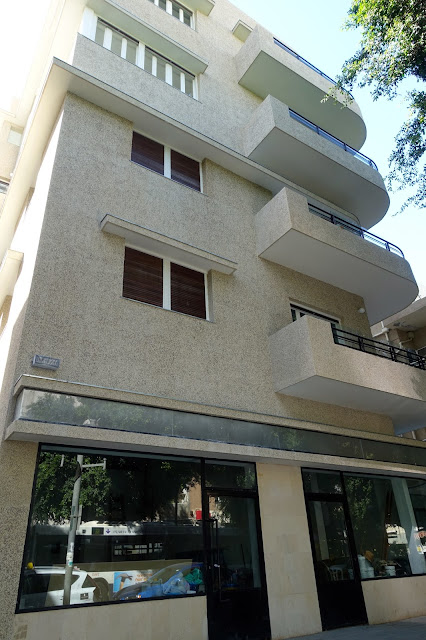 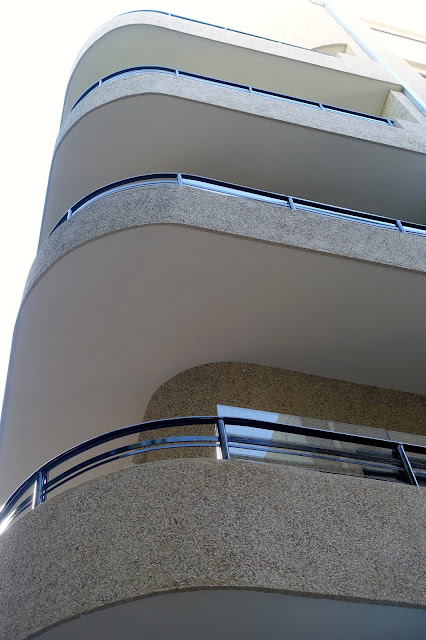 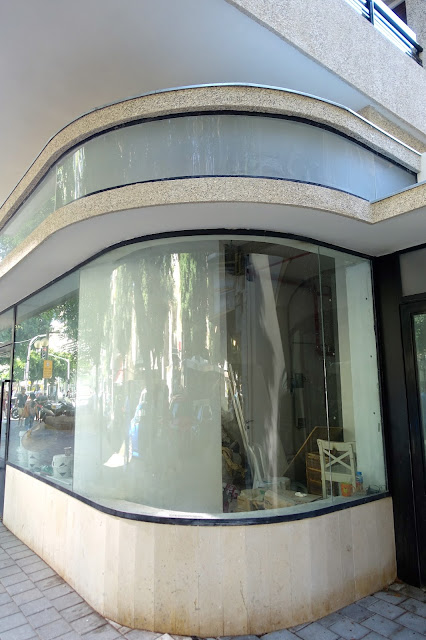 On my most recent visit to the city, I rented a room in an Eclectic style house in Bialik Street. This might just be my favourite street in my favourite city due to its collection of Bauhaus and Eclectic style architecture. I especially love the Bialik House (which you can read about here) and the Reuven Rubin Museum which I visited many times. Walking through some of the side streets between Bialik and Dizengoff, I stumbled on two great Bauhaus buildings that I hadn't come across on my many visits to the city.

Zvi Brook is a small, quiet street accessed from Bialik by a flight of stairs between the City Museum and the Felicia Blumenthal Centre. The Ephraim Stroud House at number one Zvi Brook was built in 1934 and designed by architect Victor Jachun. As with the Hetzroni House, it was listed in a detailed presentation plan drawn up in 2008 as one of the requirements of the UNESCO listing. Located just behind the original City Hall, part of the building was once used as a kindergarten for the children of local authority employees working at the City Hall. The Municipal Waterworks Office was also located here.

The Stroud House is a very large, asymmetric structure with horizontal cantilevered balconies and a striking thermometer window, made of glass and steel and running the full height of the stairwell.The "thermometer" joins the two different wings of the house and sits above the main entrance. The corner lot on which the unit is situated includes a communal garden. Restoration work was undertaken in 2013 by architect Nira Reichman and the Yuvalim group. This practice has also undertaken a number of conservation projects in Tel-Aviv including buildings in the both the Bauhaus and Eclectic styles. 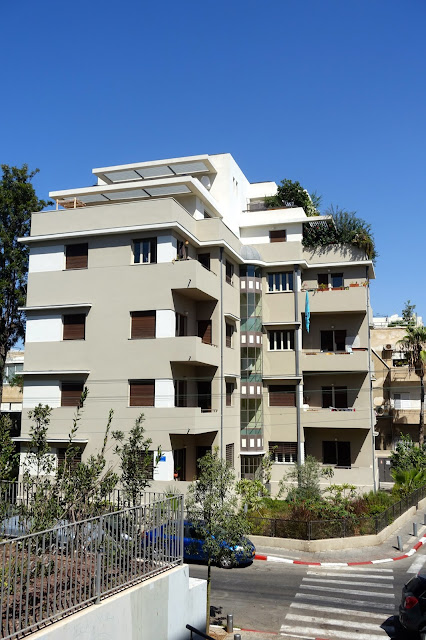 Trumpeldor Street is famous for its cemetery where many famous people were laid to rest including former Prime Minister Moshe Sharett, national poet Chaim Nachman Bialik, Tel-Aviv's first Mayor - Meir Dizengoff and singer Shoshana Damari as well as many writers, artists and other notable people. There are also several Bauhaus buildings in this street, including number 39. The Greenberg House was designed by architect Shlomo Ehrlich and completed in 1935.

It is an extremely elegant building, constructed on a platform, with a layered, recessed facade, roof terrace and supremely stylish main entrance accessed by a flight of steps and sheltered by a curved canopy. The canopy is echoed at the summit of the apartment block with a similar feature at roof level. There are typical Bauhaus balconies to the rear of the building but these are obscured by mature trees. Ehrlich was one of the many Jewish architects that fled Germany in the 1930's and had been associated with the Bauhaus School before leaving for Tel-Aviv.

As already noted, there are approximately 4,000 Bauhaus structures in Tel-Aviv. This includes residential, commercial and community buildings and they can be found in almost every neighbourhood. Strolling is the best way to discover this most eclectic of cities and I look forward to making more discoveries when I next visit - in the near future! 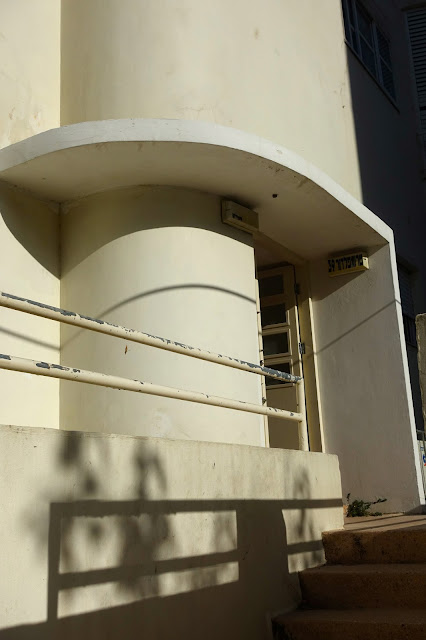 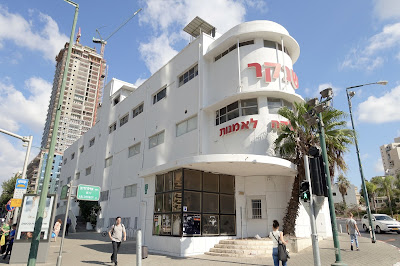 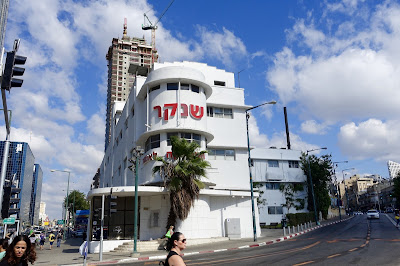 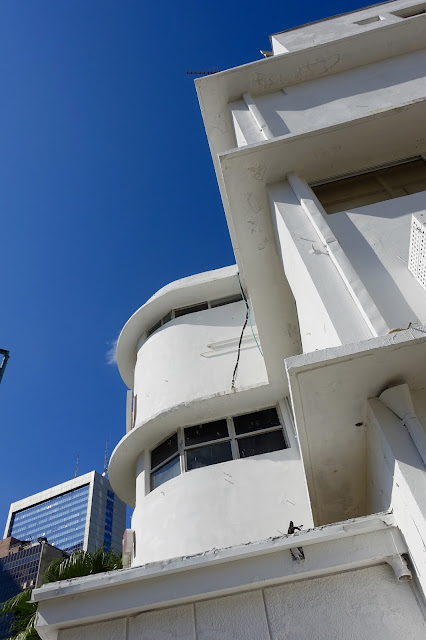