Frinton-on-sea is a small coastal town in Essex, just one and a half hours by train from London. It is well-known for its long, curved beach and the almost 1,000 beach huts that line its promenade. The main street, Connaught Avenue, has several cafes and restaurants (including a great ice cream shop called Pop-pins), a book shop, a shop selling art deco objects and vintage clothing as well as a number of other stores. 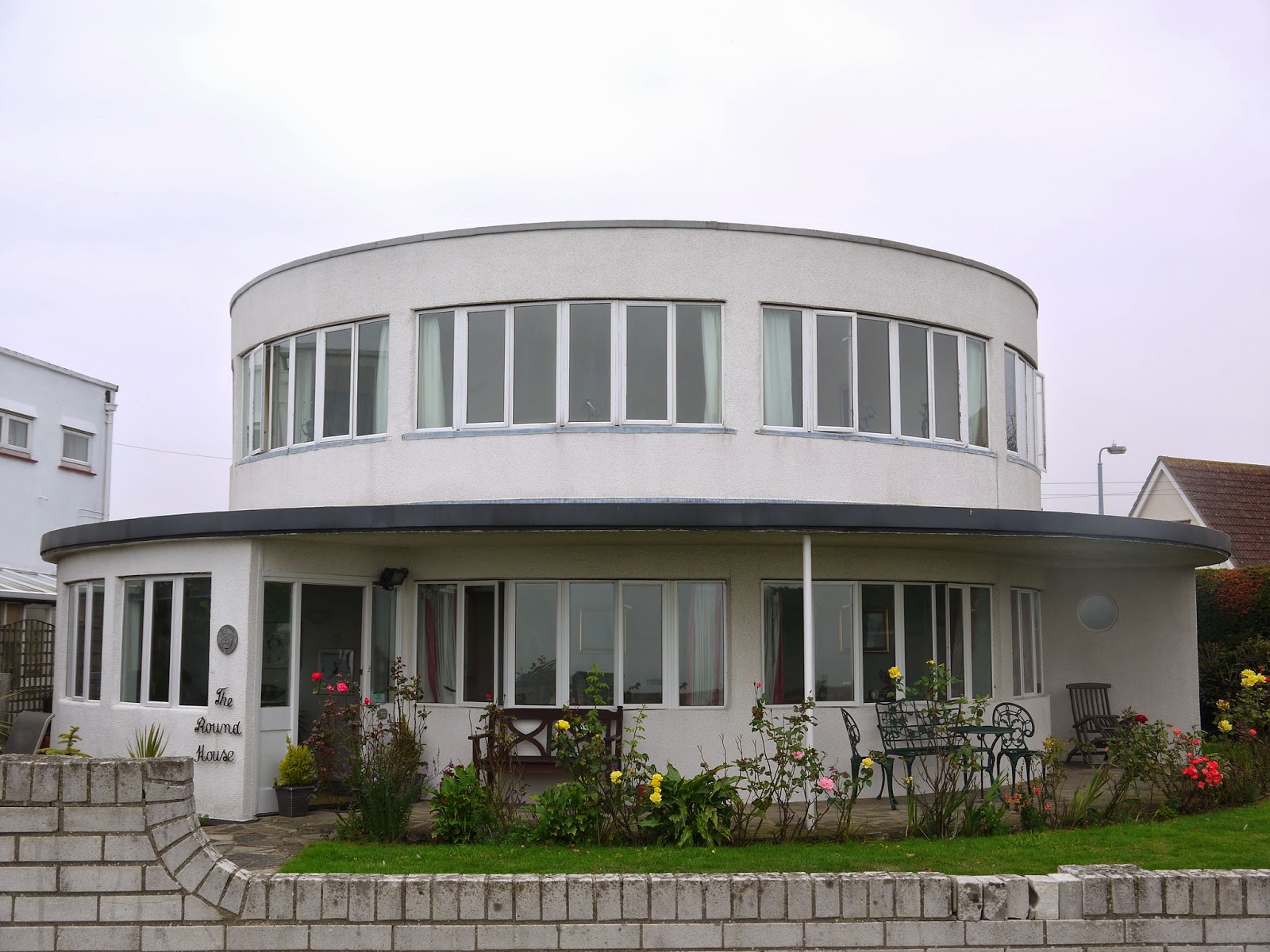 Slightly less well known, but the reason for my recent visit, is its collection of art deco buildings constructed between 1934 and 1936 and located a short walk from the centre of the town, on the Frinton Park Estate. The Estate was to be part of a grand plan for up to 1,000 modernist buildings devised and designed by the slightly eccentric architect Oliver Hill. Returning from a holiday in Europe, enthused by the modernist architecture he had seen, Hill's proposal for Frinton included a new shopping centre, train station, town hall and school in addition to residential properties. He also drew up designs for a hotel that was to have been built in the under cliff and the estate information bureau. The information bureau was realised and survives today as a residential property called the Round House which, I understand, has a wonderful mosaic floor made from Poole Pottery depicting Hill's plans for the town. 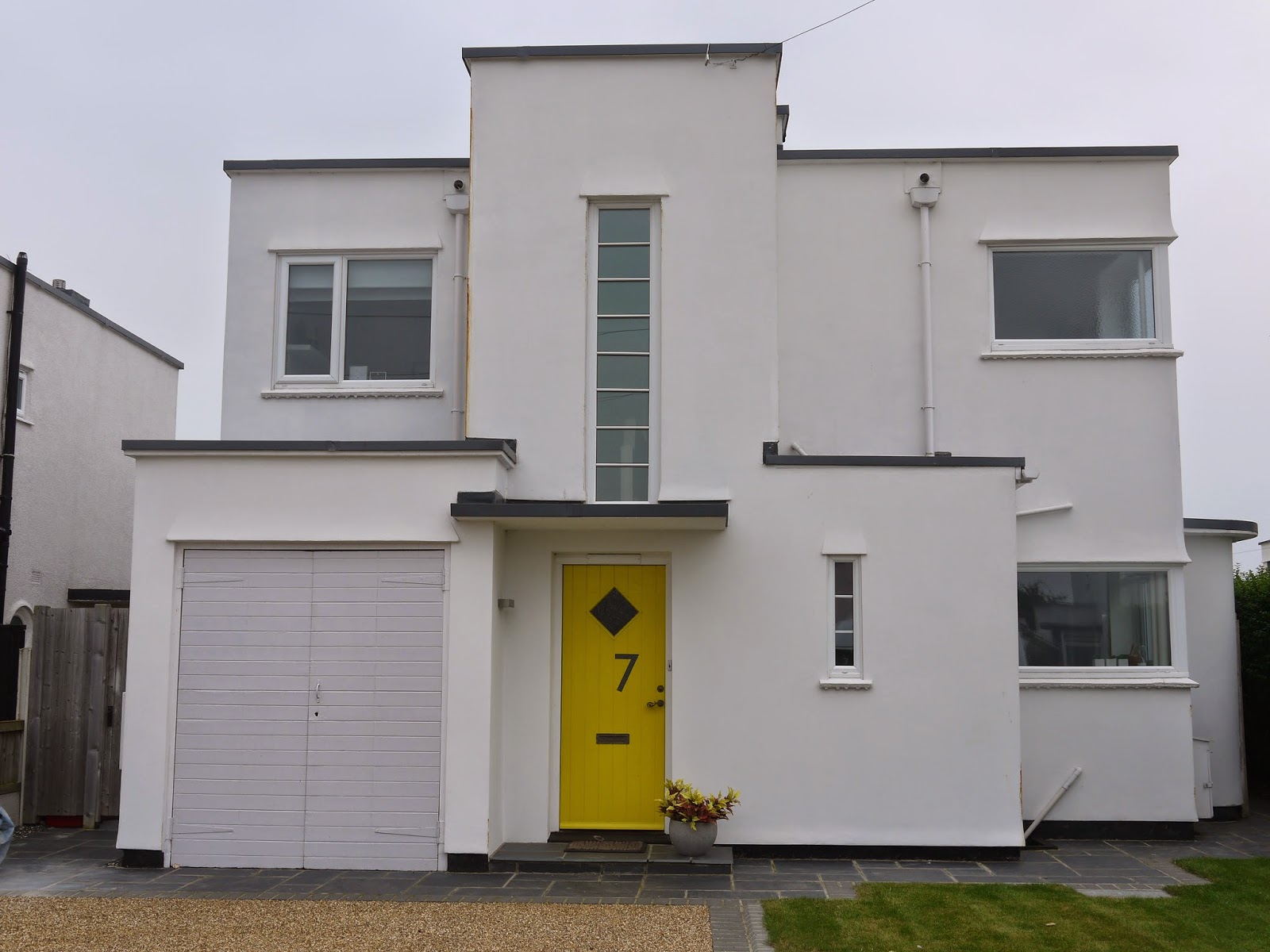 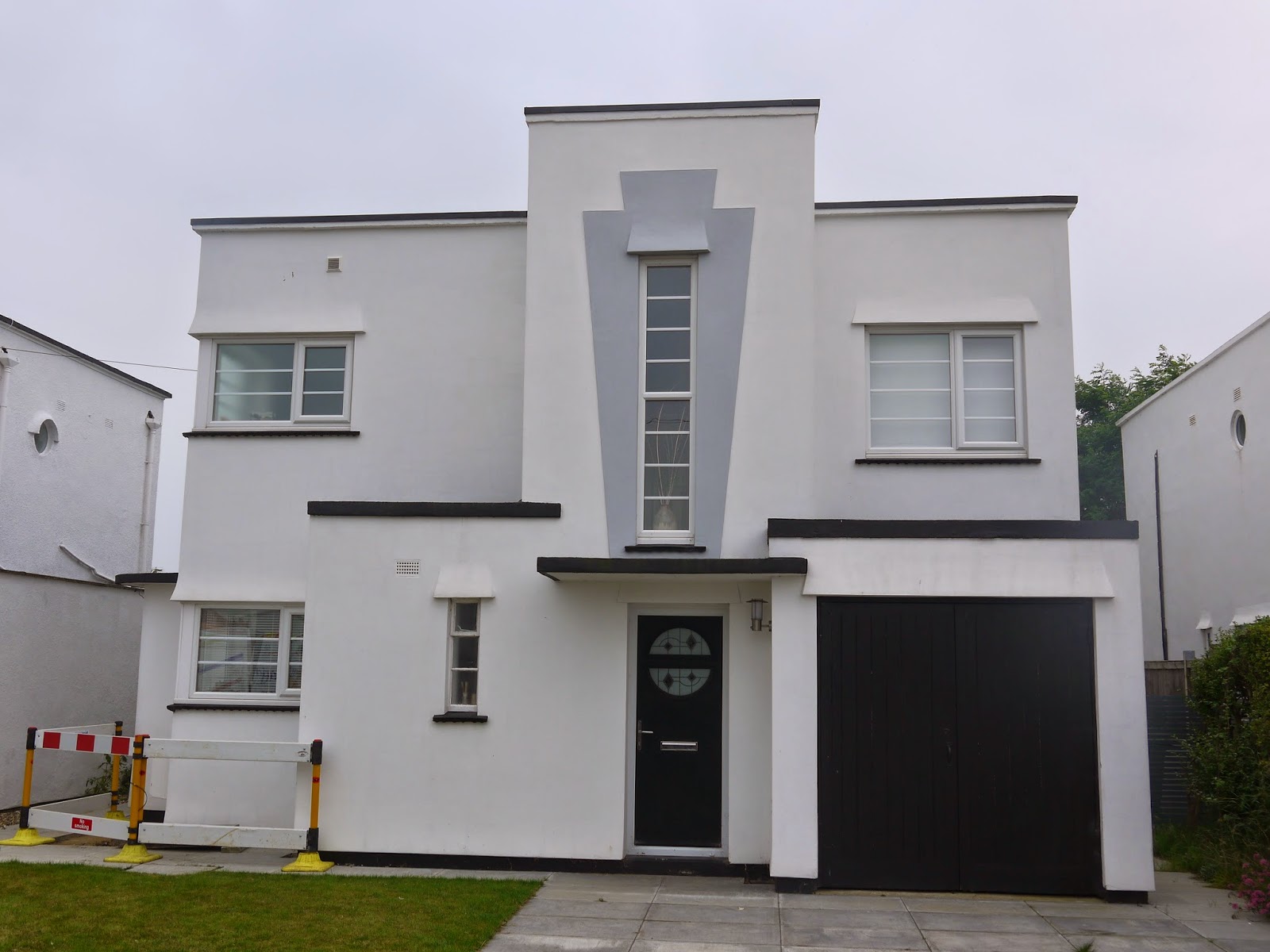 Unfortunately Hill's grand scheme did not come to fruition as the company building the estate went into liquidation in 1935 having built less than twenty properties. However, these houses, and later additions built in a similar style still stand and attract many architecture fans each year. It is a pleasure to stroll along Audley Way, Waltham Way and Graces Walk admiring these pristine white and very well maintained buildings. In a few cases, red window frames, yellow doors or grey decorative features over the main door add a touch of colour and extra class to the houses. Those overlooking the sea are particularly striking with towers, long balconies, curves and portholes. Above all else, they are very large. The estate is on private land and only residents are allowed to park, but it is easy to stroll around and no-one seemed to mind my taking photographs.

The planned shopping centre never materialised, Frinton Park Court which stands on the junction of Central Avenue and Walton Road was designed as retail space and a dress shop and a bakery stood there for ten months before closing in 1935 due to lack of business and distance from the rest of the town. It was used for some years as a meeting place for a local Masonic Lodge but is currently in a very poor state of repair with an uncertain future. It is interesting that the estate attracts so many architectural enthusiasts today but was looked down on in the 1930's by some of the more established Frinton residents as being not quite the thing. The town also has a number of Arts and Crafts style houses (a style originally favoured by Hill), some designed by the great Charles Voysey - another reason for a day trip. 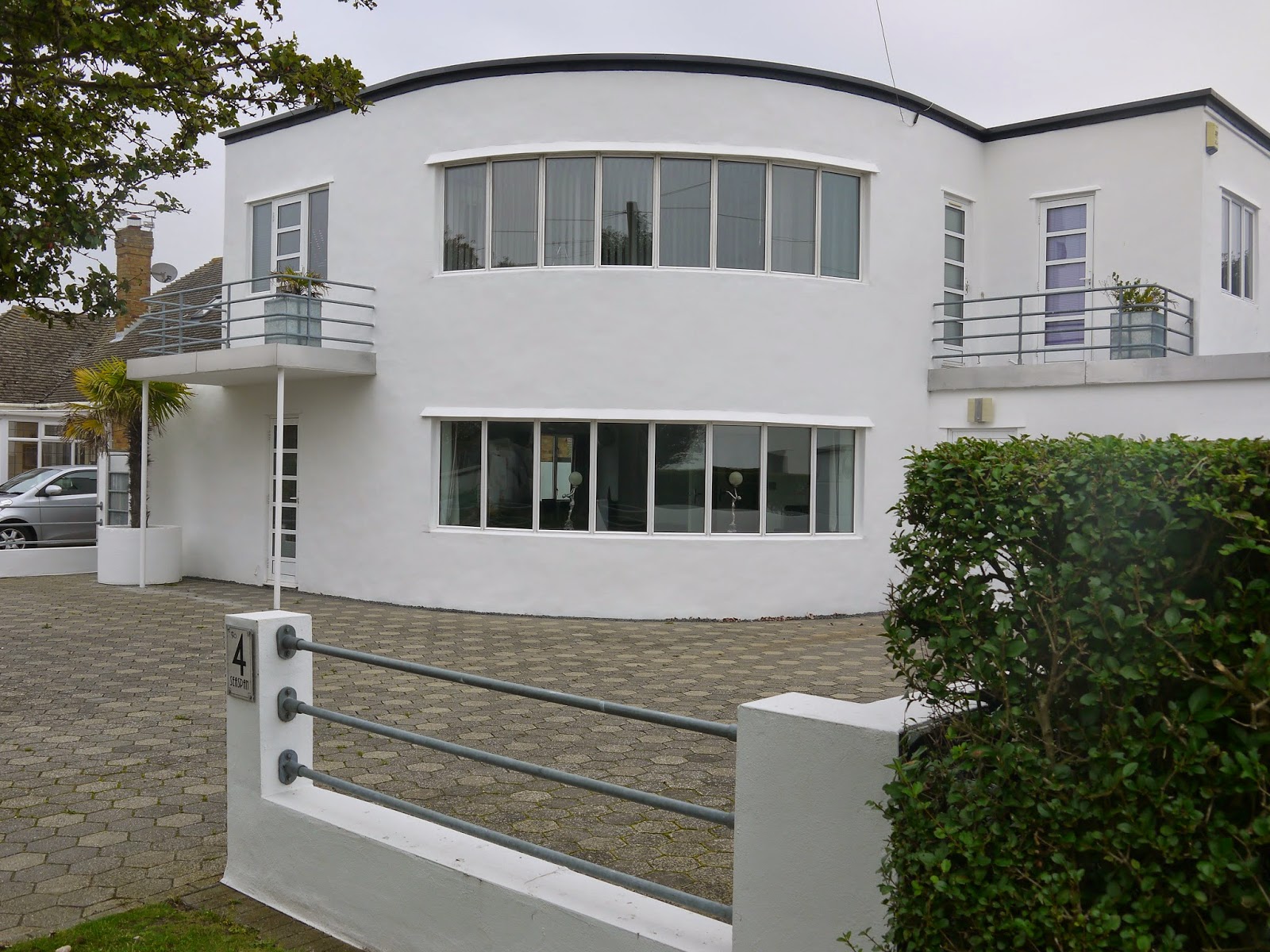 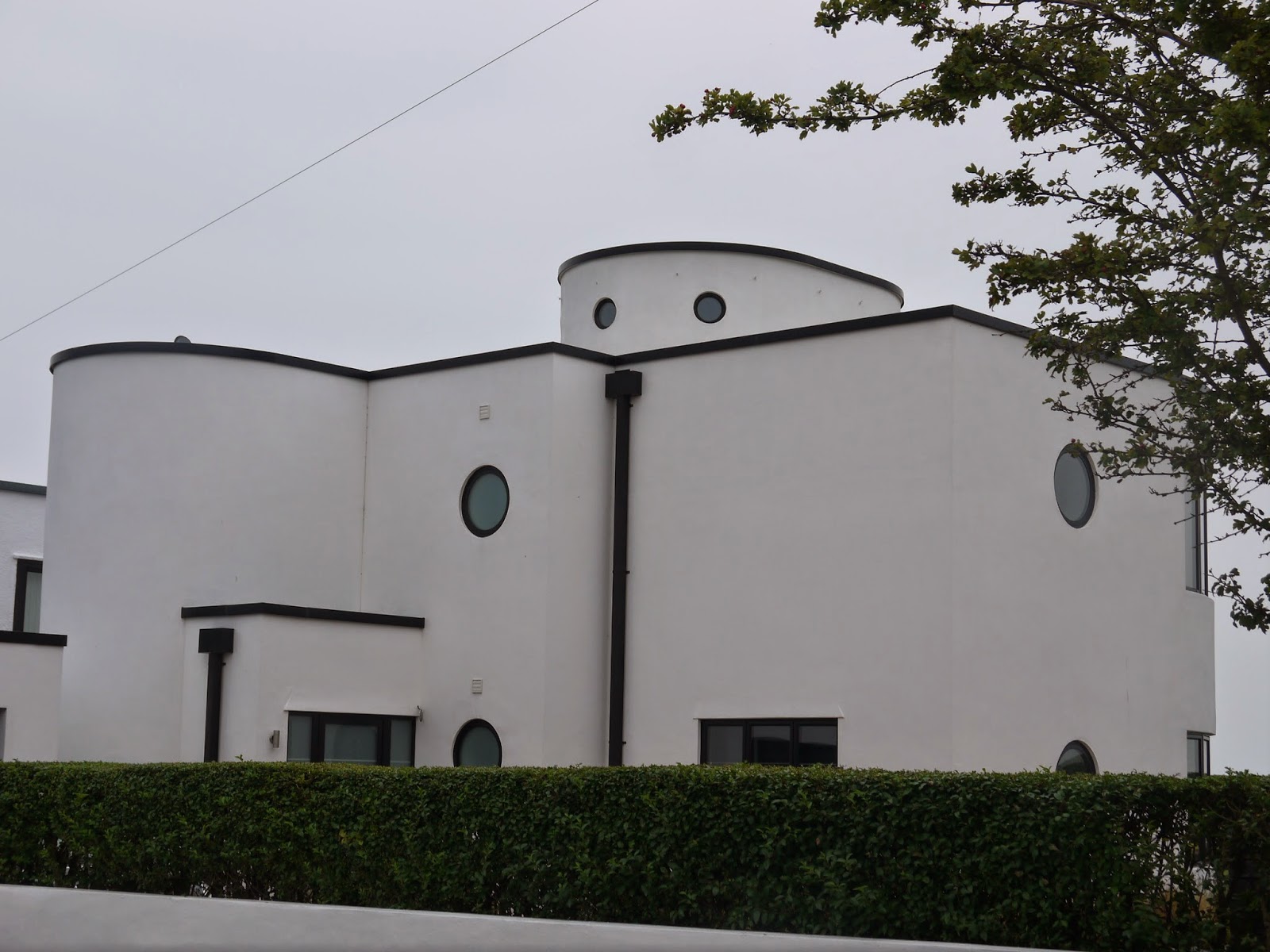 Hill was a bit of a character. Apparently a keen naturist, he also drove a pink Rolls Royce. Both an architect and a landscape gardener, he designed the art deco style Midland Hotel in Morecambe, built in  1932, was responsible for one of the stands at the British Empire Exhibition in 1924 and Joldwynds, another stunning art deco house in Holmbury St. Mary, Surrey, built in 1932 for a the first Baron Greene. The hotel he had planned for fronton was to have been a near replica of the Midland but unfortunately it was never built. His greatest achievement is generally believed to be Landfall, at Poole in Dorset with its references to a luxury liner. Landfall was completed just before the Second World War and was Hill's last major work.

Its a great shame his grand scheme for Frinton-on-sea did not fully materialise but the houses that were built give a hint of what might have been and together with the pretty main street and attractive sea front make the town a greta place to visit for the day. 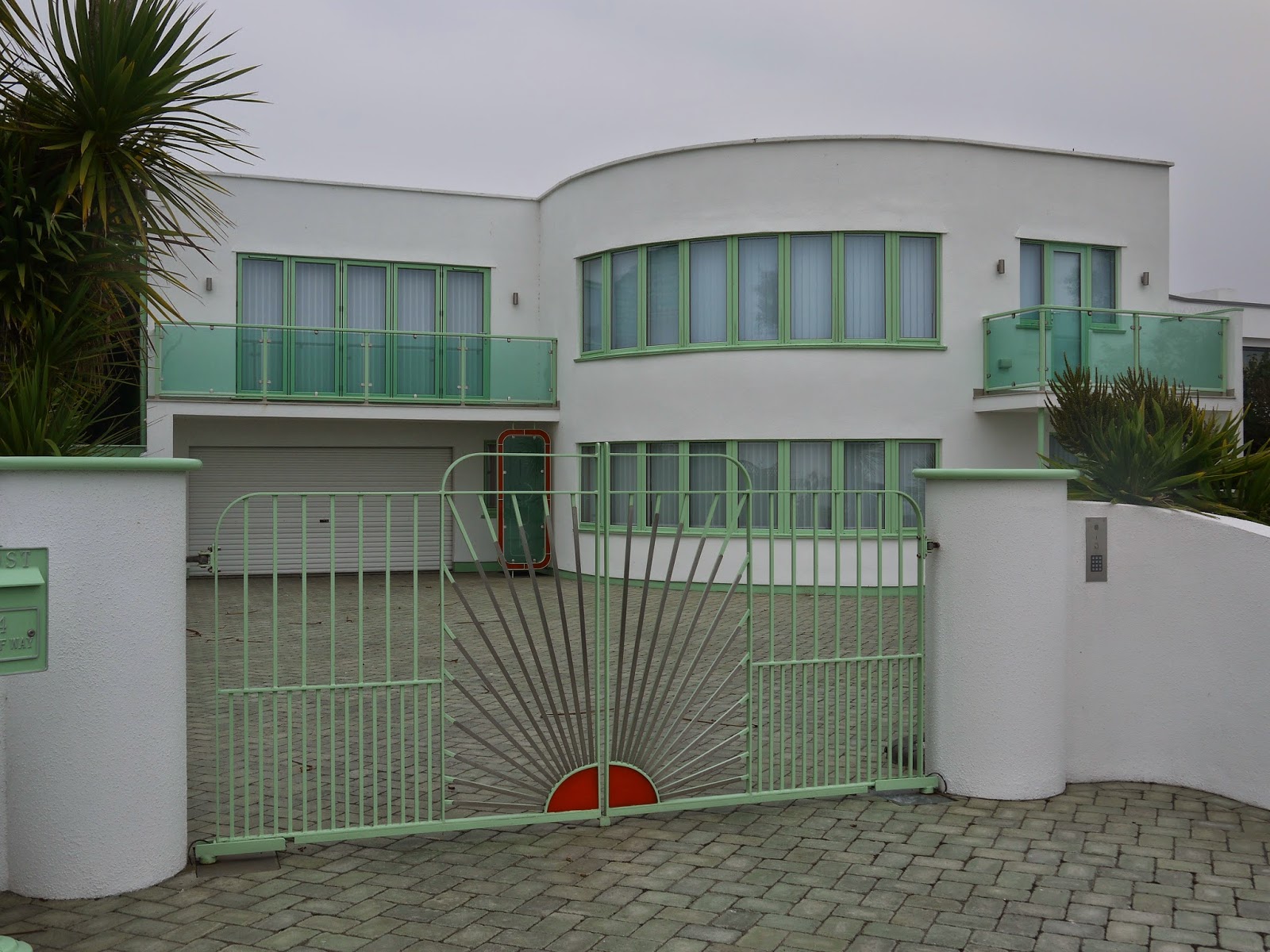 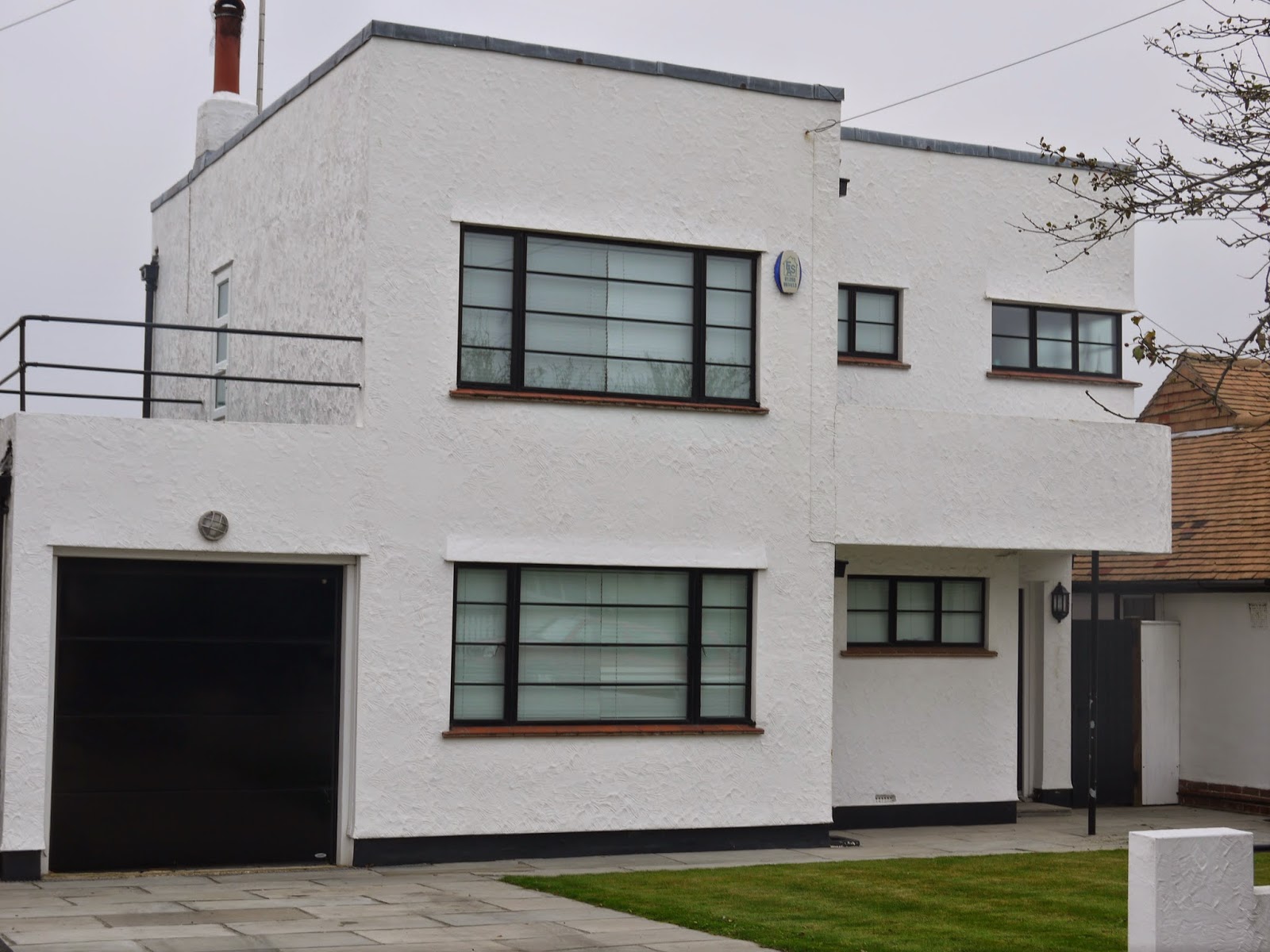 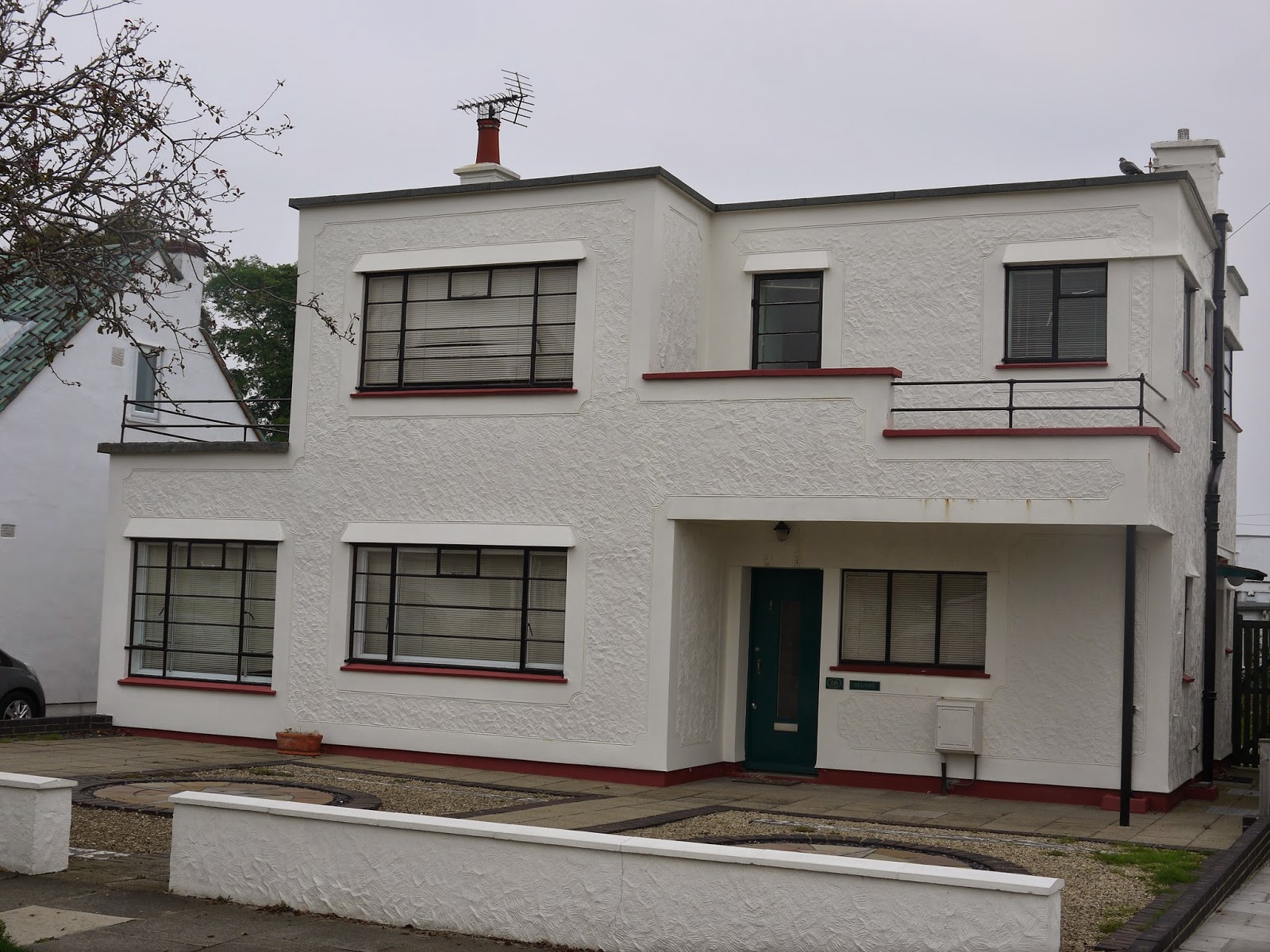 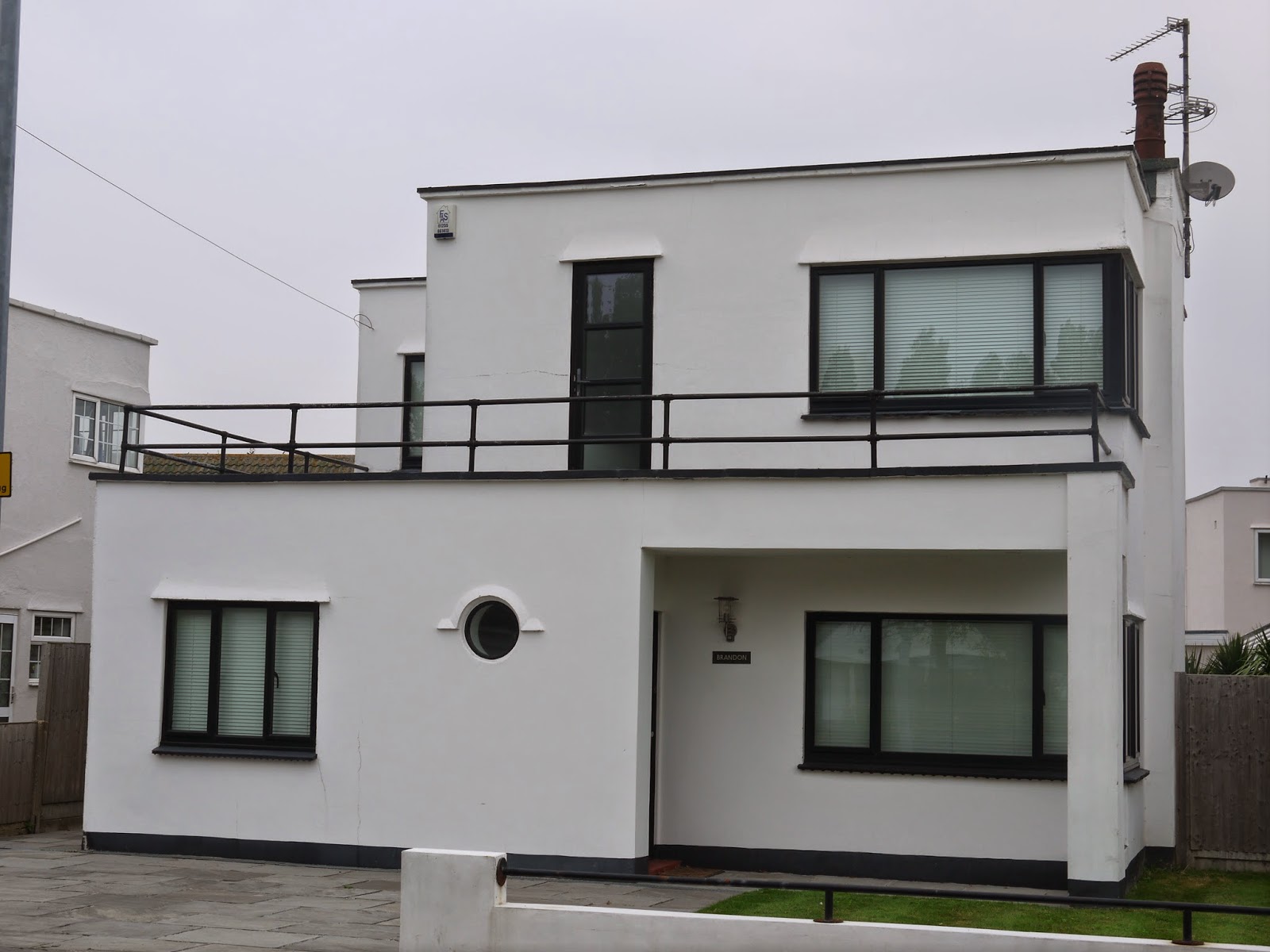