I visited Paris in December to see the excellent 1925 quad l'art deco seduit le monde exhibition at the Cite Chaillot. As well as seeing the exhibition I managed to squeeze in a look at some more of the city's wonderful art deco and modernist buildings. Tucked away in the 14th arrondissement, there is a little cul-de-sac, Villa Seurat, full of examples of this architectural style. Built between 1924 and 1926 as homes and studios for artists, and named for the artist George Seurat (1859-1895) Villa Seurat is associated with some of the twentieth century's leading cultural figures.

If you are not in the know, Villa Seurat can be a bit tricky to find. It wasn't listed in the index to either of the Paris maps I have and I must say a very big merci to my flickr friend Yvette Gauthier who not only helped me to pinpoint its location but also provided me with some useful background information. The cul-de-sac is entered at 101 Rue de la Tombe Issoire where the imposing number one Villa Seurat also known as the Maison Double de Frank Townshend stands. A large, corner building, the cement clad Maison has a number of classic art deco portholes as well as what appears to be a double height atelier and a roof terrace. It is the work of architect Andre Lurcat who was also responsible for numbers  3,4 (his own home),5,8,9 and 11. Lurcat was an artist of international standing and was responsible for the design of the iconic apartment block in the Werdbundseidlung in Vienna.

I especially liked number 7a, which was designed by Brussels born Auguste Perret and Israeli modernist architect Ze'ev Rechter and was the home and studio of sculptress Chana Orloff. The building is very striking with its red doors, decorative upper facade and small, recessed windows. It is possible to see some of Orloff's sculptures through the ground floor windows.  I understand that it is possible to visit with an appointment. Next door, number 7, is also interesting. The facade is very simple and completely devoid of decoration, but just look at those recessed windows on the first floor with those blocky surrounds. Great! There is also a slight curve to the left of the door, with just a hint of some of those delicious modernist curves found elsewhere in the city. Incidentally, Rechter also designed one of my favourite buildings in my favourite city - the home of photographer Soskin in Lilienblum Street.

Number 18 also has a history of illustrious residents. Artist Chaim Soutine lived there in the late 1930's before fleeing during the German occupation in the Second World War. The occupiers turned up looking for him to find him gone, instead finding and confiscating the letters of one Henry Miller who had also lived and worked there. The house belonged to Lithuanian born American writer, Michael Fraenkl who rented it to Miller. Miller had a special affection for Villa Seurat, writing "…the whole street is given up to quiet joyous work…every house contains a writer, painter, musician, sculptor or actor…"  He was living at number 18 in 1934 on the day his Tropic of Cancer was published.

Number 11 was home to sculptor Arnold Huggler. This is another favourite with a glazed porthole over the main door, first floor atelier and narrow balcony overlooking the street. It was a dark, overcast day when I visited but it was easy to imagine Huggler and some of his artist friends and neighbours enjoying a summer's evening on this balcony. Other famous artists who lived or spent time in the street include Dali, Derain and Gromaire.

I have been coming to Paris for many years. In 2012 I saw Rue Mallet-Stevens for the first time. A year later I discovered Villa Seurat. I wonder what 2014's treat will be... 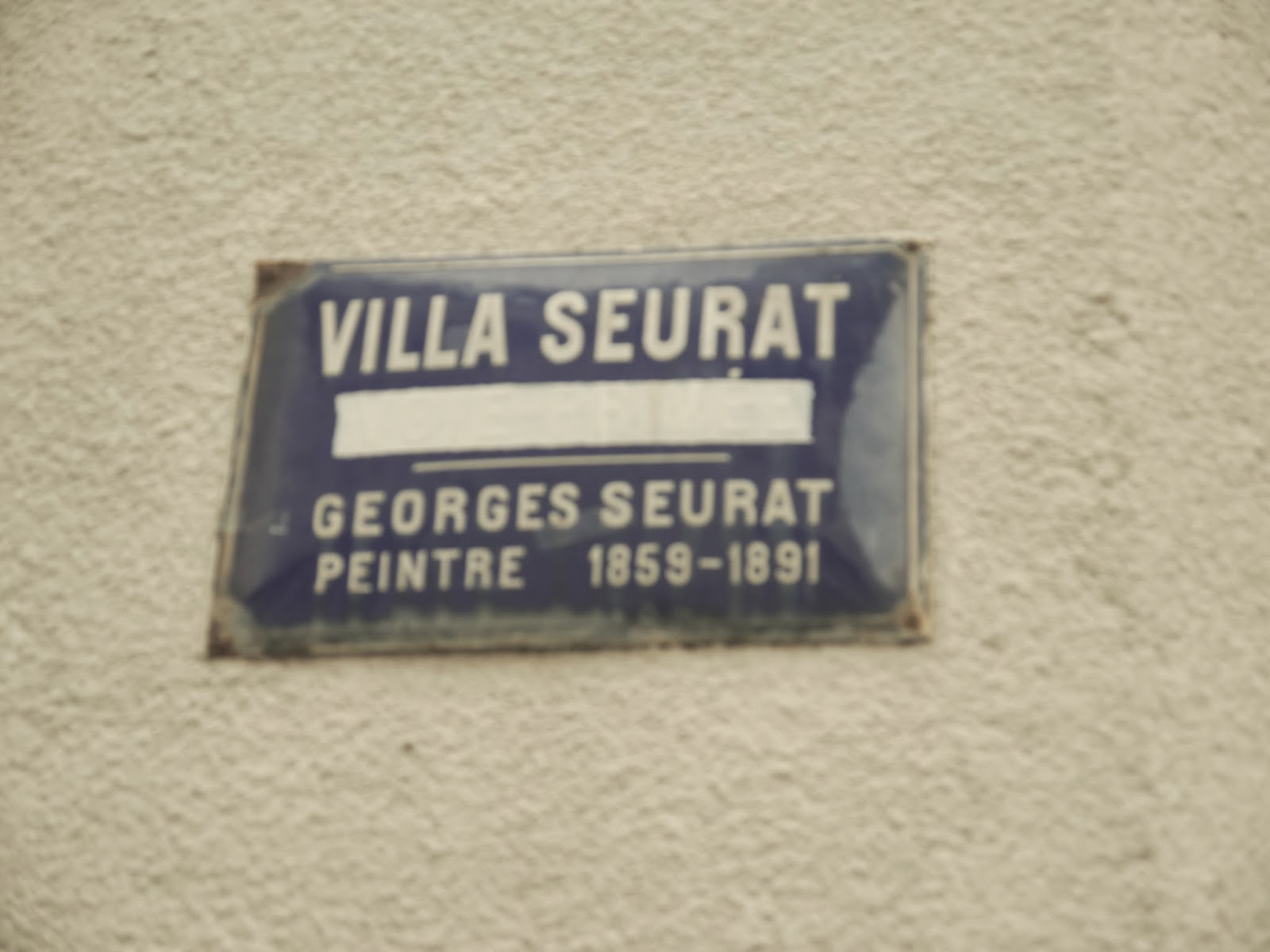 For more pictures of Paris look here and here.
Posted by Yekkes at 22:54