Rotterdam's Museum Park is home to some of the Netherlands' premier museums and cultural attractions. Amongst them are a number of villas designed and built in the modernist style in the 1930's as homes for wealthy Dutch families. Most of these villas now serve other functions. The Chabot Museum which houses the works of Dutch expressionist painter and sculptor Henk Chabot, began life as the Kraaijeveld House and was built for the family of the same name in 1938. 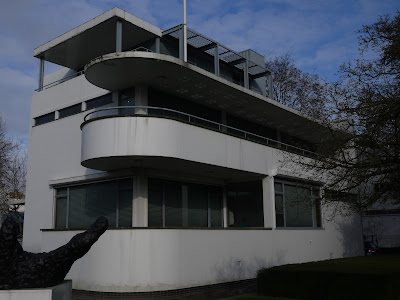 C.H. Kraaijeveld, director of the Volker Dredging Company commissioned a modern white villa to be built on the corner of Jongkindstraat in late 1937. His son J. Kraaijeveld developed the early plans before architect Gerrit W. Baas was employed to find a suitable plot for the house and to work up detailed proposals. Baas' skills were in-demand and already working on other projects, he secured the help of Leonard Stokla, another Rotterdam architect to assist him on this additional commission. Stokla had been involved in the design of a functionalist building on Coolsingel, the city's main shopping street and was sympathetic to Baas' modernist principles. This may explain the fantastic modernist design that resulted from their co-operation, despite Mrs. Kraaijeveld's request for a "not too modern" house!

Between them the architects produced one of the most beautiful residential buildings in the Netherlands, and probably in the whole of Europe. The first thing that visitors see when approaching the building is the delicious curved protruding balcony with its protective shelf which gives shelter in bad weather and also allows light to stream though from above through a series of small openings. When the final designs were submitted for planning permission, this wonderful feature drew objections for the nearby Bojimans Museum, but thankfully Baas refused to omit the curve or even to compromise by replacing the closed balustrade with an open railing. Good for him - and for us. Through much manoeuvring and possibly some calling in of favours by the client, the committee eventually approved the plans and construction began on 9th May 1938. 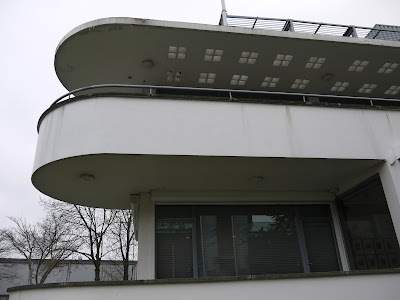 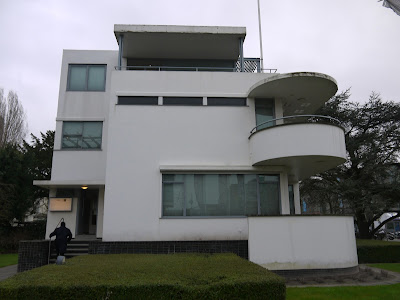 Although strictly a modernist, Baas was clearly not averse to adding some non-functional, decorative features as evidenced by the rounded bay window on the side of the building and the black tiled plinth which is in dramatic contrast to the clean white of the rest of the exterior. The architects also dealt with the interior design of the villa. This included oak panelling in the living spaces, built in furniture in colours that complemented the overall design and advising on fabrics furnishings and lighting. The furniture included tubular steel designs and Giso lamps whilst a sundial was placed in the front garden. These matters were not included in the original brief. Clearly the temptation to expand one's brief is not a recent phenomenon.

The house came through the 1940 bombing of Rotterdam without damage - although doubtless the basement bomb shelter was used during the attack. The family lived in the villa until 1969 when it was sold to the Contact Group for the Metalworking Industry (CWM). During the time that the company occupied the villa almost all of the original internal features disappeared. The new owners also extended the property, adding a sympathetically designed additional floor for more office space. The extension was designed by Ernest Groosman and was implemented in 1975. 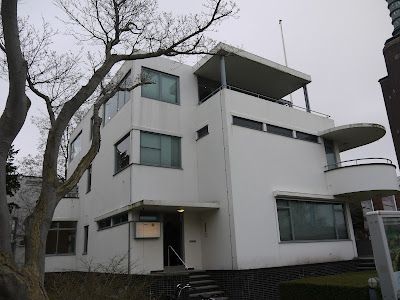 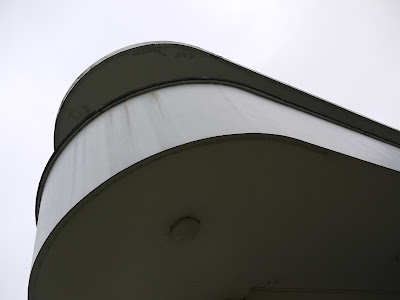 The building changed hands again in 1991 when a Mr and Mrs Grootveld-Paree acquired it, planning to use it as a museum for the works of Henk Chabot. Further internal modifications were made to enable the villa to fulfil its new function but these were carried out sensitively with for example, some of the plant for the necessary environmental controls being located on the roof, hidden from public view. These works also included elements of restoration, dealing with long standing issues of damp, leakage and cracks, replacing many of the glass bricks and repairing the steel window frames.

February in Rotterdam can be cold, wet and bleak. On the day of my visit the skies were cloudy and grey but with occasional breaks of sunshine that showed the former Kraaijeveld house in all its glory. I must return to Rotterdam to see the building in the summer light.

The museum puts on temporary exhibitions as well as exhibiting Chabot's works. It has a small shop that offers a number of books, postcards and other items of memorabilia for sale. When I visited last week a short film showing the construction of another iconic modernist Rotterdam building - the Van Nelle factory - was being shown. I managed to visit the factory before eating Rotterdam and will write about it separately. 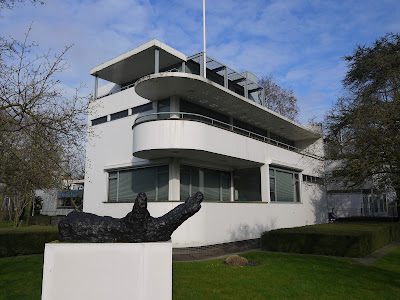 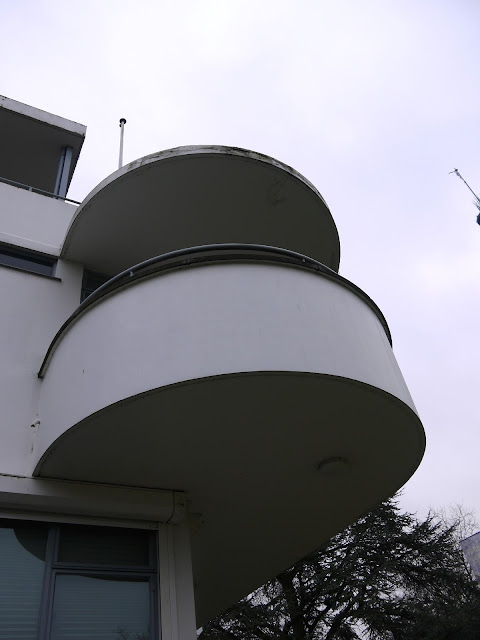 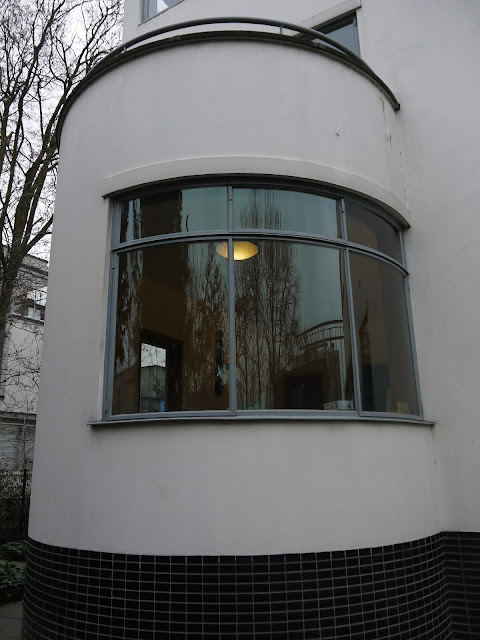 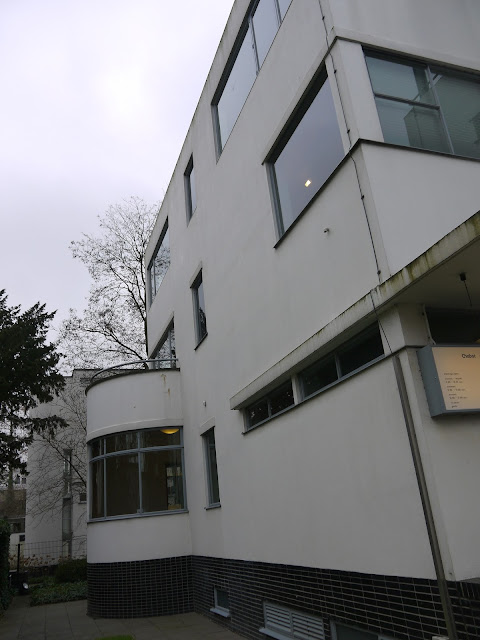