The stretch of Finchley Road that runs from Swiss Cottage to the O2 shopping centre is a bleak, busy and often windswept main thoroughfare. However, St. John's Court at numbers 191-217, on the opposite corner to Finchley Road Underground Station, is a great example of art deco architecture and must surely be the most stylish supermarket building in London. 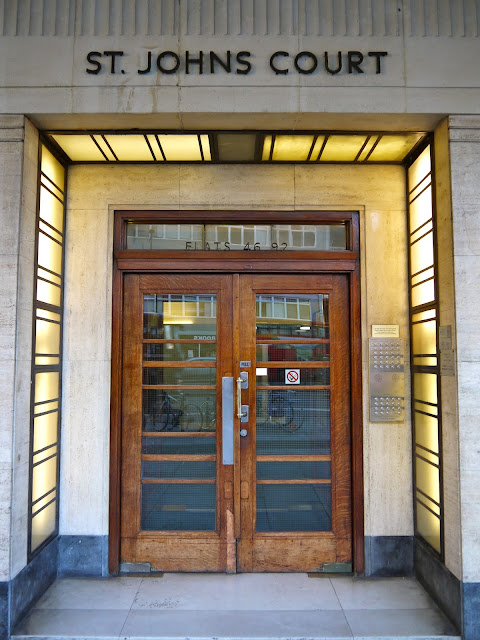 Built in 1938 and designed by architect T. P. Bennet, the building has had a retail function from the beginning. It opened as the John Barnes department store, before being bought out by the John Lewis chain in 1940 who remained there until 1981 when due to falling receipts and competition from the Brent Cross shopping centre that had opened in 1976. Throughout these years the lower three floors were used for retail whilst the upper floors were residential. Waitrose who arrived in 1986, currently uses only the ground floor with the basement which had been the John Lewis food hall now acting as a customer car park.

Occupying a site that once accommodated 14 individual shops, it is a very large and very handsome building. The lower stories are faced with brick and imitation Portland stone. The balconies to the front and rear are beautifully rounded at the corners and rise dramatically, giving the building a European air - fitting in that many of the earlier tenants of the 96 units probably came from Europe as Finchley became home to many emigres in the years leading to the Second World War. The design has also been compared to that of an ocean liner - a classic art deco motif. 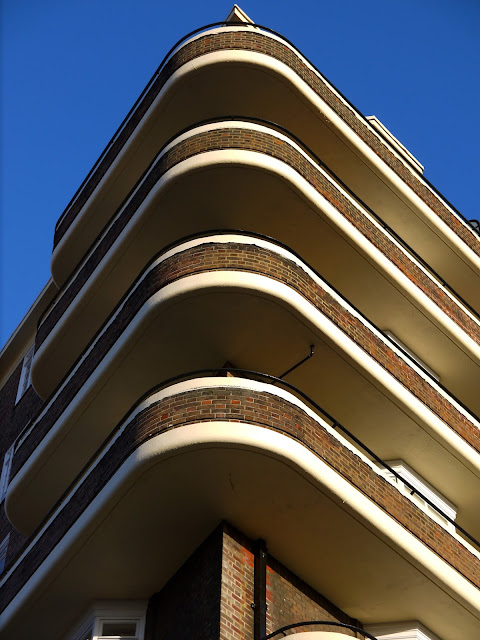 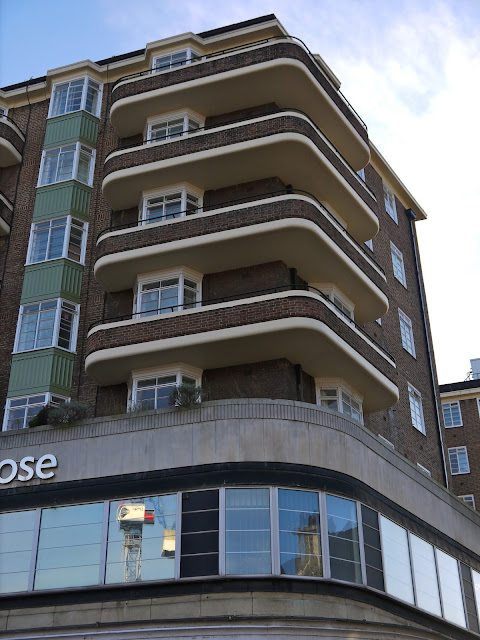 The central panel on the facade encloses the main stairwell and has laddered windows and geometric shaped bay windows looking on to the main road. I especially like the long glazed stretch at first floor level which adds a further touch of 1930's sophistication to the building and the original art deco details around the entrances to the residential sections. The stylised lettering above the doors and the wonderful lighting panels that run the full height of the exterior porch as well as the length of the soffit are also classic art deco features. The lighting is particularly effective in the winter during late afternoon as the natural light fades.

T. P Bennet's practice was also responsible for designing what is now the Covent Garden Odeon in Shaftesbury Avenue, which started life as the Saville Theatre in 1931, a BOAC air terminal, part of the Westminster Hospital and in later years, the London Mormon Temple in Surrey. Working for the Government Ministry of Works, he served as the Director of Bricks during the Second World War, receiving the CBE in 1942 and a Knighthood in 1946. 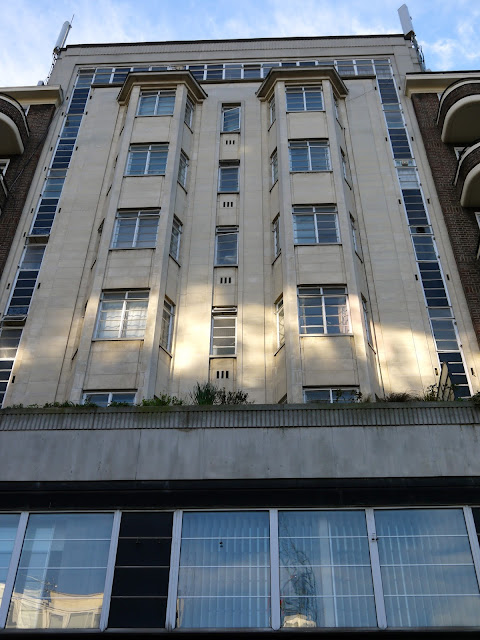 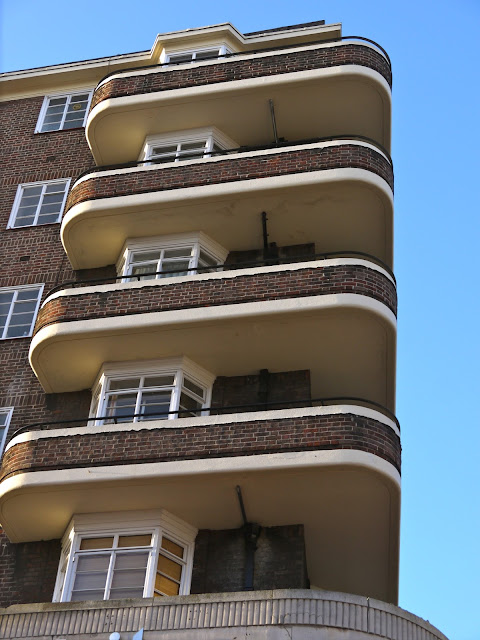 Whilst taking the pictures for this post, many passers-by stopped to see what I was photographing. A few even took a few moments to admire a building that they probably pass every day and just think of as a branch of Waitrose without looking up to admire and enjoy this art deco classic. It's always worth looking up in London! 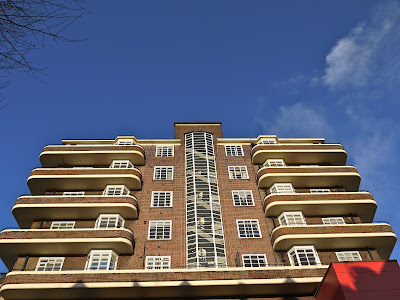 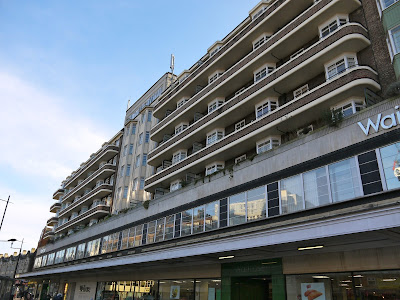 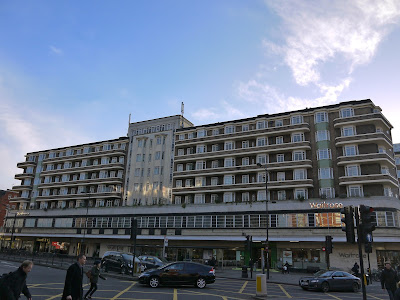