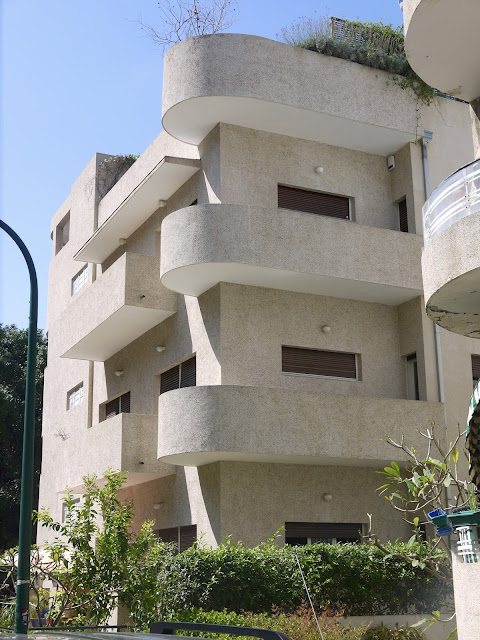 I have walked along Tel Aviv's HaNevi'im Street countless times on my way to the Museum of Art, the Cameri Theatre and the Opera House. How can it be that until this week I haven't noticed number 1 Shimshon HaGibor which stands on the corner where that street meets HaNevi'im? Both street names have biblical origins - HaNevi'im means the Prophets, whilst Shimshon HaGibor might be better known to some readers as Samson of Samson and Delilah fame. HaGibor means hero. Well there are a few heroes linked to the beautiful building that stands on this spot - original architects Avraham Berger and Yitzhak Mandelbaum and also Nitza Smuk Architects who were responsible for the building's restoration in 2011.

Built for the Bazoza family and completed in 1935, this three storied building is one of several that Berger and Mandelbaum designed and built during the 1930's. The facade includes a variety of balconies, rectangular and rounded, a range of roof levels, a glazed stairwell and of course, that delicious curve on the junction of the two streets. The rounded balconies on the Shimshon HaGibor end add a touch of drama, protruding from the side of the block and contrasting sharply with their squared-off neighbors. The facade is clad in washed plaster known as waschputz and this was renewed during the 2011 restoration. 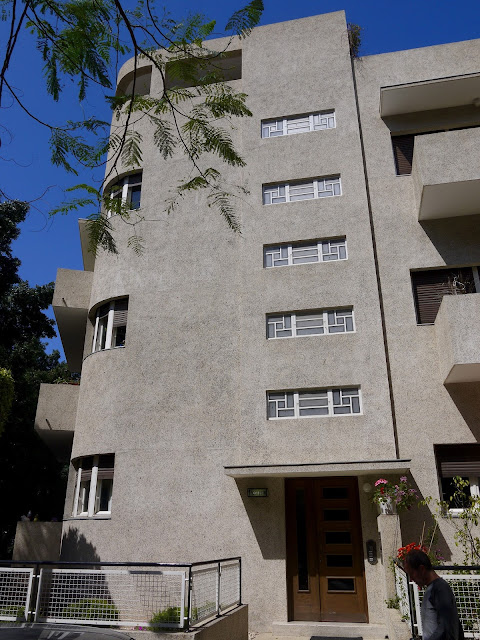 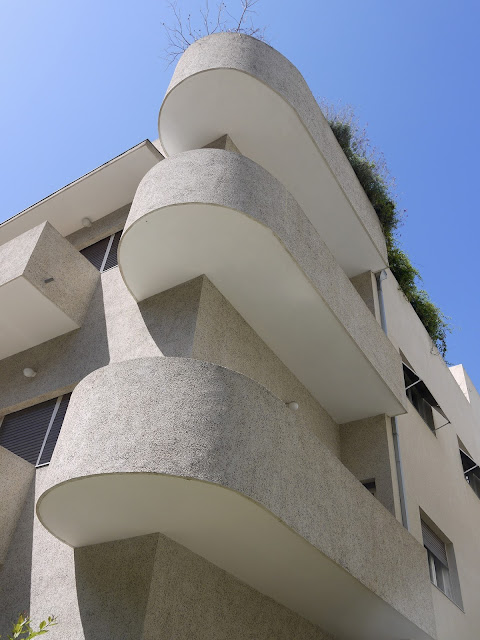 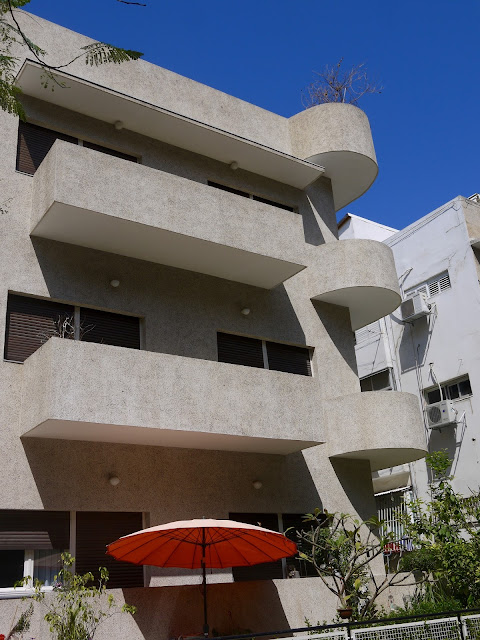 This block benefits from protected building status and was therefore identified for strict preservation. This means that the facade we see today is what the original residents saw back in 1935 with no compromises such as additional floors or other extensions that feature in some Tel Aviv restorations. However, some internal changes were made including the addition of a lift and amendments to the way the apartments are divided. I have not been able to see inside but understand that extensive reconstruction of some of the original decorative features was also carried out, including mosaic surfaces in the stairwells, iron handrails and wooden entrance doors.

The Szmuk practice that restored the building are specialists in working on heritage buildings. Nita Szmuk was heavily involved in helping Tel-Aviv secure World Heritage status for its Bauhaus buildings, commencing by completing an architectural survey for the municipality in 1989. She headed its conservation department from 1990 to 2002 and authored Dwelling on the Dunes, a survey of the city's Bauhaus buildings, published in 1994. Her book can be purchased at Tel Aviv's wonderful Bauhaus Center at 99 Dizengoff where you can also pick up lots of other books and information on architecture as well as booking a Bauhaus architectural tour every Friday morning.

The Bazoza House is featured in the Avner Gicelter's TLV Buildings project which captures images of Tel Aviv's built heritage, repacking them as stylized posters and postcards which can be purchased online if you can't travel to Tel Aviv to see this building for yourself!

Architect Berger was born in the Ukraine, emigrated to Eretz Israel before studying engineering in France and returning to Tel Aviv in 1935 where he went on to develop a successful professional partnership with Mandelbaum. Together they were responsible for a number of buildings in the city including the Landa House on Melchett Street and the Gerber House on Chen Boulevard. The Gerber House is a short walk from Shimshon HaGibor. Even after many years of visiting this wonderful city there are new things to see! 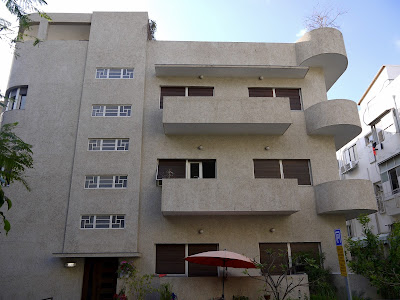 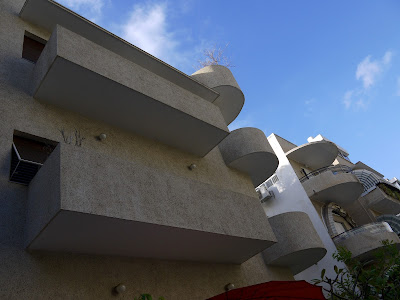 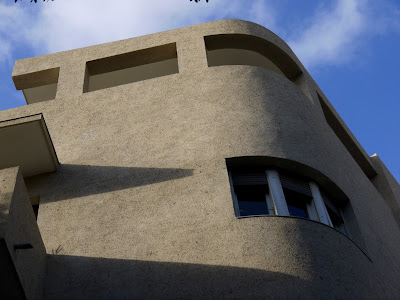 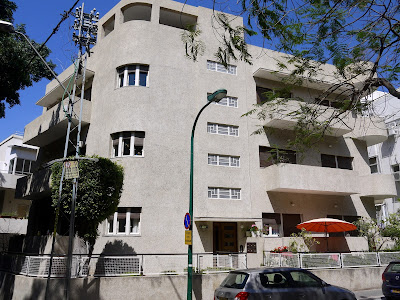