Tel Aviv is home to the world's greatest collection of modernist buildings with over 4,000 examples of the style having been constructed during the late 1920's and throughout the 1930's. They were designed primarily by Jewish architects driven out of Europe in the lead up to the Second World War with such luminaries as Arieh Sharon, Dov Carmi, Genia Averbuch, Ze'ev Haller and Arieh Cohen all leaving their mark on the city. This unique built heritage led to the city securing UNESCO World Heritage site status in 2003, which in turn helped provide both a measure of protection and the impetus for restoration and preservation. 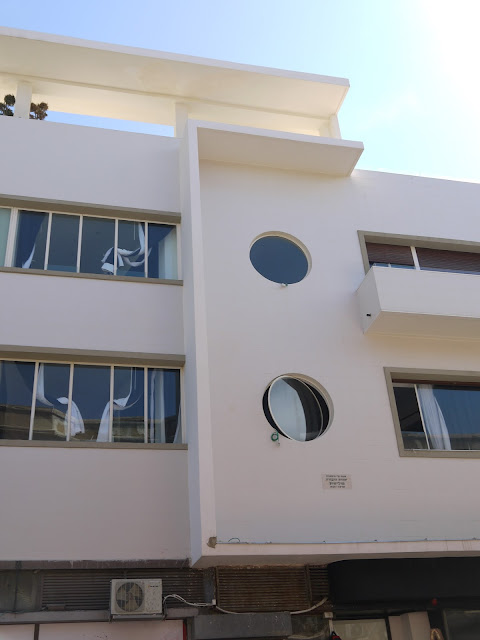 On my recent visit to Tel Aviv I was delighted to see so many buildings both in the modernist/ Bauhaus styles and also the earlier eclectic style either under restoration or with work already completed. Two of my favourite buildings are looking especially grand having benefited from restoration and so reassuming much of their original glory. Both occupy corner locations at busy junctions and both were designed by the same architectural team - Solomon Liaskowksy and Jacov Ornstein.

The Poliashuk House at number 1 Nachalat Binyamin Street holds a commanding position at the junction with Allenby. Both were formerly very grand streets and this spot remains one of the focal points of Tel-Aviv due to the weekend art and crafts market, the Shuk Ha-Carmel with its fresh fruit, vegetables and spices (and lots more) and the lively cafe and bar scene in the area. For many years the house was in a poor state, covered in graffiti, its original sparkle lost to decades of grime. Construction was completed in 1934 with offices on the upper floors and retail below. Owner Yehdua Polashiuk filled the building with 50 offices and 15 shops including the former Naalei Pil (Elephant shoe shop) on the corner. The shop had legendary status amongst the city's children as it was the first store in Tel-Aviv to give balloons and yo-yo's to its young customers. In addition to this, the building housed a clandestine Etzel printing press, producing flyers and papers agitating for independence during the period of the British Mandate. 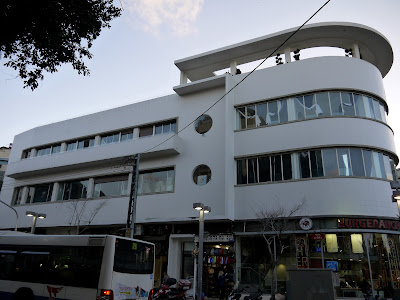 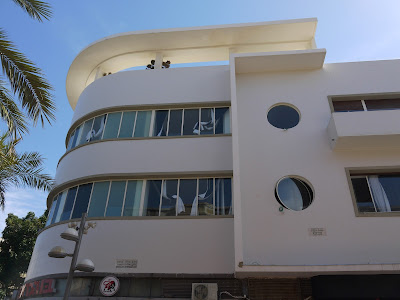 Cleaned of the dirt of decades, it is now possible to get an idea of its original grandeur with its roof top terrace and pergola, art deco portholes, rectangular balconies, streamline design and beautiful corner curve. The exterior walls are covered in beige ceramic tiles, differing from the usual plaster cladding of the period and adding further interest to the design. Unfortunately, some of the original features from the ground floor shops have gone and that wonderful corner is now home to a burger bar, but I suppose you can't have everything. There are several other modernist and eclectic style buildings in Nachalat Binyamin, including the Arieh Cohen designed Shaltiel House at number 3, completed in 1935 and the Dekel House at number 8 designed in the eclectic style by Yehoshua Zvi Tabachnik, completed in 1922. Number 5, opposite, also restored is another of Tabachnik's works. 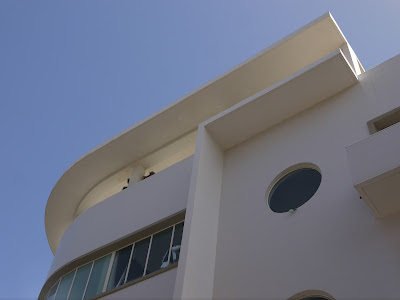 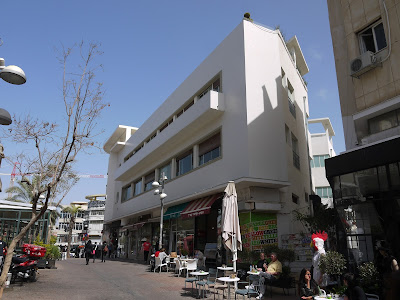 Architects Liaskowsky and Ornstein worked together on a number of projects. Liaskowsky was born in Zurich and studied at the Technikum in Winterthur, Switzerland, albeit without graduating. He then spent time in both Belgium and Paris, working and studying before winning a commission to build a synagogue in Zurich in 1929. The synagogue was never completed as the Zurich Jewish community, unnerved by the rise of the right in neighbouring Germany, abandoned the project and Liaskowsky left for Eretz Israel. His visit was meant to be brief but having met Jacov Ornstein in Jaffa and being offered a partnership in Ornstein's engineering office, he decided to stay. They then completed several projects together before the Arab riots of 1938 led to Liaskowsky moving on again, this time to Argentina where he had relatives and where he went on to design residential, commercial and industrial buildings as well as to complete projects for the Jewish community.

Ornstein was born in Vienna where he studied construction and civil engineering, graduating in 1908. He served in the Austrian army in the First World War before leaving for Eretz Israel in 1920 where his early projects were primarily residential buildings in the eclectic style before moving on to modernism. The British appointed him chief engineer in charge of building Allenby Street where he developed the single paving style that is still in use today. Ornstein married Margalit Oppenheimer, a well-known ballerina and dance teacher and designed a ballet studio on the top floor of the final family home at 42 Ahad Ha'am Street. Their two daughters, Yehudi and Shoshana went on to become successful dancers in the 1950's and 1960's. 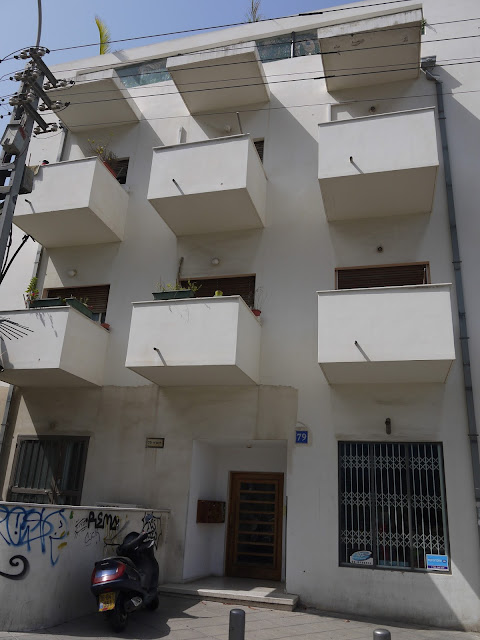 The Recanati House at 35 Menachem Begin Road (formerly Petah Tikveh Road) was completed in 1935 at the request of businessman Leon Recanati. It was designed on a trapezoid plot with residential quarters on the upper level and retail on the ground floor facing the main road. The building is striking for its rounded balconies that sit underneath rounded awnings on Menachem Begin Road, whilst the Mazeh Street side sports square balconies set more widely apart.  The building is very long and with just three stories, the balconies stand out even more than they would on a taller structure. Having fallen into poor condition over several decades, the house was restored by Bar Orian Architects in 2000. The restoration included works to the plaster balconies and wooden windows, whilst the garden in the rear inner courtyard was also reconstructed. Works to a number of buildings have included the addition of extra, discrete storeys but the Recanati House has maintained its original size which in turn has meant it retaining the unique impact of those balconies.

A little further away from the centre of things than the Poliashuk House, the Recanati building is just a short step from my favourite Tel-Aviv building, number 56 Mazeh, designed by Ze'ev Berlin and completed in 1932 as the original printing office for the Ha'aretz newspaper. Liaskowsky and Ornstein worked together for just four short years. Within that time they provided Tel-Aviv with two of its most iconic modernist buildings. What might they have achieved together had Liaskowsky remained in Israel? 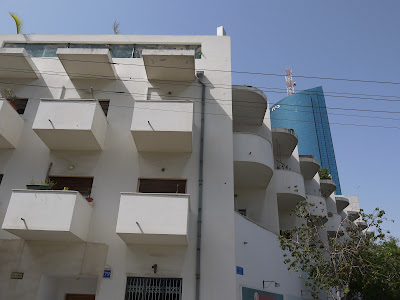 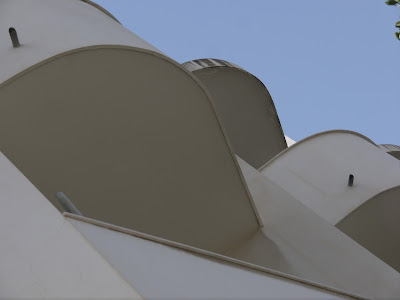 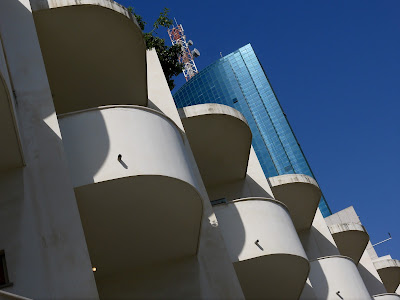