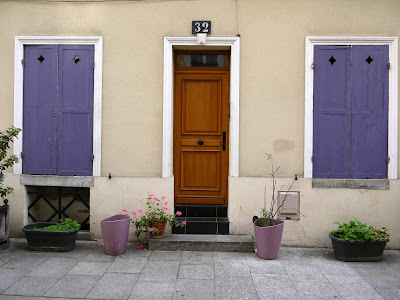 Last year I wrote a short piece about some of Paris' less well known streets and the pleasure of strolling around the city discovering its many secrets.  Last weekend I was back in the city and have a new favourite to add to my list.

Rue Cremieux is a narrow, pedestrianised street, just off Rue de Lyon and a short walk from the mainline railway station, Gare de Lyon. The area surrounding a mainline station can often be a bit seedy, the streets a bit dirty and not particularly welcoming and those around Gare de Lyon are no different which is why Rue Cremieux is so special and such a welcome diversion from the noise and traffic of its neighbours. 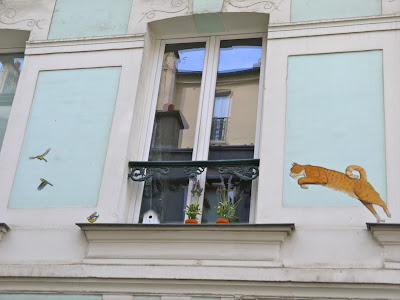 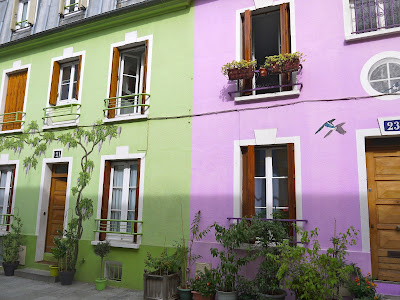 This quiet street is a riot of colour with almost every house painted in vibrant green, yellow, purple or pink, whilst the plainer ones have contrasting colours for the doors and shutters set against white or cream backgrounds. Several of the facades feature witty images such as a cat chasing birds or metal signs featuring cats or geese. My favourites are the green painted house at number 21 with the tree painted across the facade and the purple painted house next door at 23 with the tiny birds and faux porthole. Number 21 also has some rather nice low level railings protecting the windows at both levels.

Dating from 1885 and originally called Avenue Millaud after the banker, entrepreneur and media man Moise Polydore Millaud, the street is lined with 35 small houses, each of two storeys and all to a similar design. Flooded in the Paris floods of 1910, there is a plaque at number 8 that shows the height reached by the waters before receding. Monsieur Millaud published Le Petit Journal a Parisian penny newspaper  which ran from 1863 until 1944, featuring news, politics and serialised novels often in the detective fiction genre. The  street's current name dates from 1897 and commemorates the French politician Adolphe Cremieux who amongst other things was responsible for the 1870 decree that granted French citizenship to the Jews of Algeria.  Cremieux also played an important part during the Paris Commune, taking up the cause of the workers. When built, each of the houses had a basement kitchen and two floors of living space with an annual rent of 700 Francs (about 100 Euros or £70 at today's exchange rates), so I am not sure that many workers could have afforded that at the time. 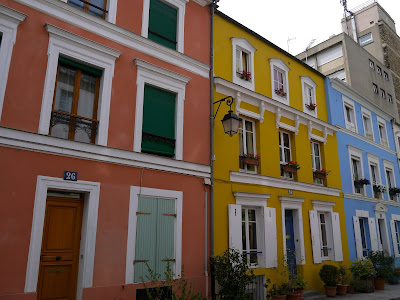 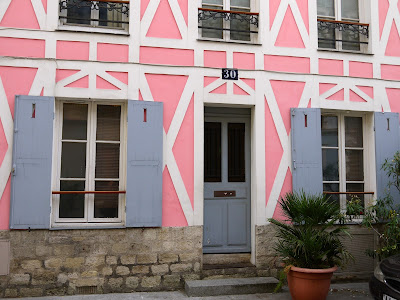 The street has retained its residential purpose, the only exception being a hostel - L'Hotel Particuler at number 15. Its great that Rue Cremieux has not fallen pray to some of the shady businesses that surround it and has even resisted the temptation of allowing a cafe…although a little place for the locals would, I'm sure, be very nice. Coffee, pastries and all that, but of course, one business leads to another. The street is not just home to humans. I saw two cats during my visit - a small  brown and white one trying to catch flies and "hunting" between the many plants and shrubs that sit outside each of the properties and a very large marmalade cat having a sleep outside a red door. Rue Cremieux is a little piece of peace amongst the bustle of one of the world's greatest cities. 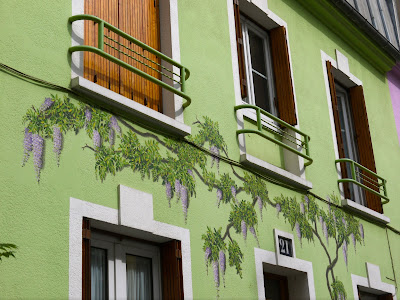 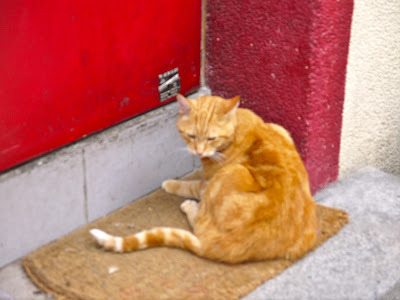