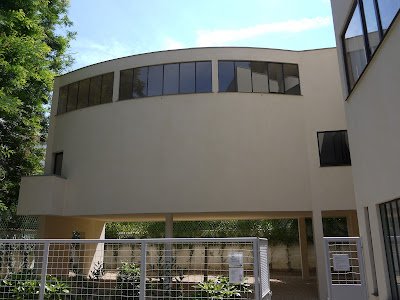 My recent Paris trip had a bit of a Le Corbusier theme to it. I began by seeing one of his early works, Villa Planeix on Boulevard Massena in the 13th arrondissement which was completed in 1928. I followed this up by  visiting one of his even earlier works - Villa Roche in Square du Docteur Blanche in the glitzy 16th, completed in 1925. The Villa is open to the public six days per week and visitors are free to wander the interior alone and even to take photographs. To complete, I managed to visit the Le Corbusier: Mesures de L'Homme exhibition at the Pompidou Centre

Tucked away behind a gate and along a gravel drive, Villa Roche is not visible from the street and is announced only by a simple plaque on the front gate. However, as one progresses along the gravel path, the Villa gradually reveals itself, first with the stilt-mounted gently curved facade and tiny box balcony and then, as visitors reach the house, the view of the double heighted window above the atrium and of the covered roof terrace. And then you go inside!

The house was built between 1923 and 1925, commissioned by Swiss banker and avant-garde art collector Raoul la Roche with a brief to design a home and a space to display his collection. Le Corbusier and La Roche had much in common. Both were Swiss born but chose to live in France. Both had a love of modern art and both were involved in the production of the artistic journal L'esprit Nouveau. Their friendship lasted into later life and indeed Le Corbusier wrote a dedication in a copy of his book L'Atelier de la Recherche Patiente, saying that Villa Roche had sealed their friendship and proved that their aims were "…clearly identified, innovative and creative…". 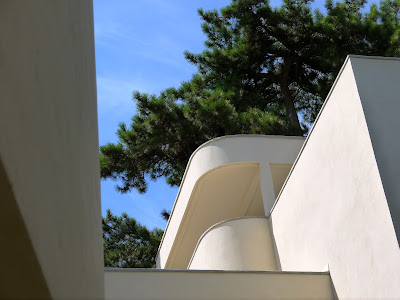 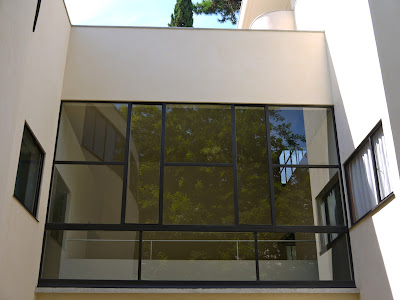 Le Corbusier acquired two plots of land on which to build the villa, as well as a second project - a villa for his brother, Albert Jeanneret which now houses the archive of the Le Corbusier Foundation.

Wandering through the Villa la Roche, the first thing that visitors see is the ground to roof atrium, which has the possibility of views from the ground floor, at mezzanine level and from the upper level too. The space is flooded with natural light from the window that runs the entire height of the upper floor. There is also a small balcony at the mezzanine level which affords views down into the atrium and over to the bridge that crosses this space. The balcony is echoed with a similar protrusion on the exterior of the building and is a feature that can seen in many of the architect's works.

In the rooms accessible to the public, it is possible to see some items of furniture although most of the original furnishings shown in photographs from the 1920's are either not displayed or long gone. The original furnishings included a collaboration between Le Corbusier and designer Charlotte Perriand. This resulted in three chrome plated tubular steel chairs - one for conversation, one for relaxing and a third - a chaise longue recliner - for sleeping. Perriand was inspired by Le Corbusier's approach to architecture and went on to design furniture for some of his other projects including the Swiss Pavilion at the Cite Universitaire and the Paris Salvation Army headquarters. 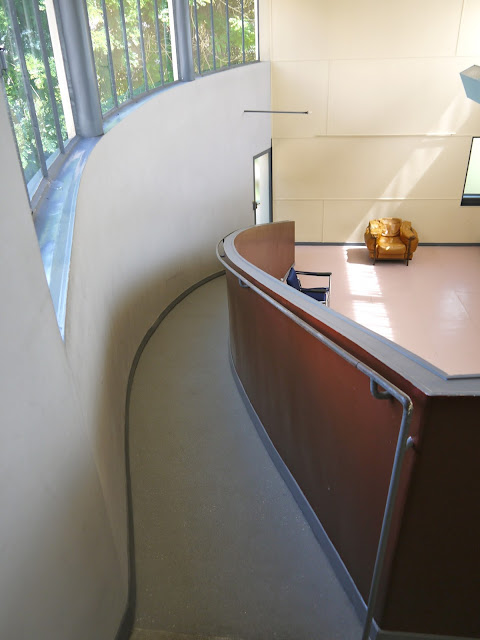 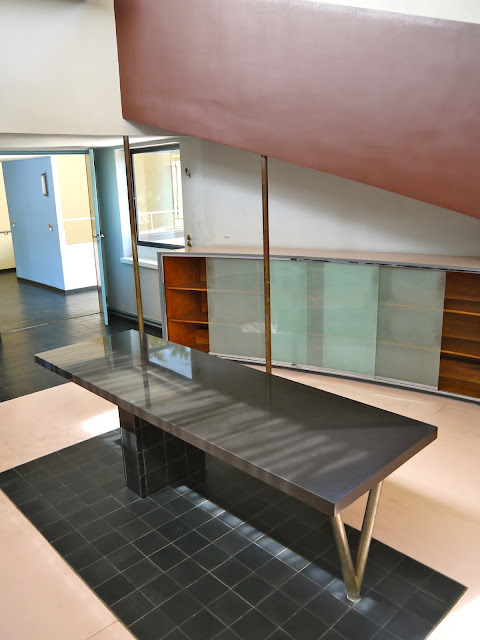 One of the highlights of a visit is the art gallery, with its long, narrow and curved structure, beautiful black table and elegant glass and wood cupboards. However the star of the show is the steep and narrow ramp that leads to the upper level which originally housed the owner's library. I love its dramatic sweep and the contrasting brown colouring set against the whiteness of most of the house - both interior and exterior. The whiteness is also relieved by splashes of pale blue on some of the walls and the green tint of the glass cupboard doors.

By 1927, Le Corbusier had firmed up his architectural philosophy - Five Points towards a New Architecture. Although Villa La Roche precedes this, the elements of his philosophy are played out through this building. First the pilots (or stilts) which allow full implementation of the principle of open plan with residents and guests able to roam freely including underneath the house. He extolled the virtues of reinforced concrete and its contribution to his theory of open plan saying "Reinforced concrete has given us pilotis. The house is in the air far above the ground; the garden runs under the house; it is also on the house, on the roof".

His second point relates to the long horizontal window on the facade. Of this point he wrote that "The window is one of the essential elements of the house. Progress brings liberation. Concrete is revolutionising the history of the window". The third point refers to the roof garden and says that it redefines the traditional roof as a suspended garden at the top of the building. His fourth point returns to open plan and maintains that this approach liberates the internal space making each level and its spatial distribution entirely independent. The fifth and final point refers to an open facade which allows the windows to run uninterrupted from one end to the other.

Clearly all of these elements can be seen in Villa La Roche and were then further defined in his later works. Of course, as with any architectural project, the real measure of success is how well the client responds to the finished product. La Roche wrote to Le Corbusier that "By entrusting you with the construction of my house, I knew that you would produce something wonderful; my hopes have been far surpassed. My independent way of life meant that I left you alone to create this project, and given the result I praise myself for having done so". Can't get better than that. 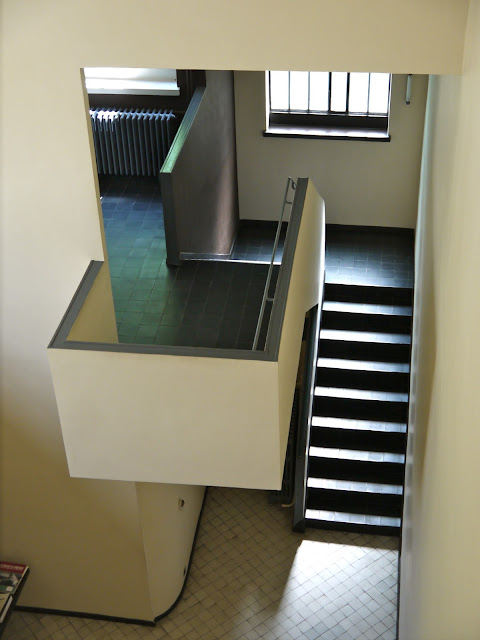 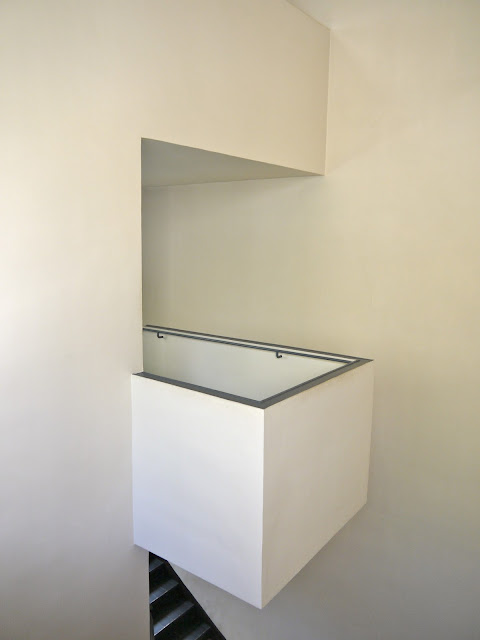 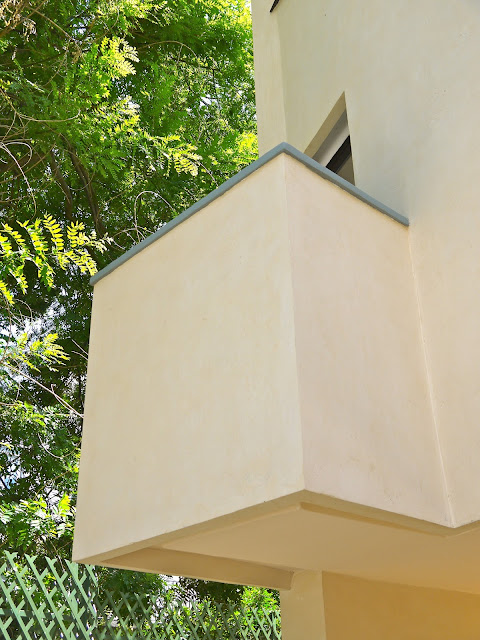 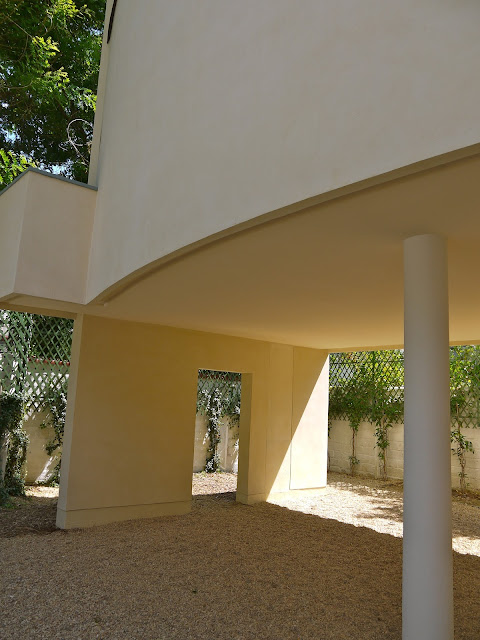