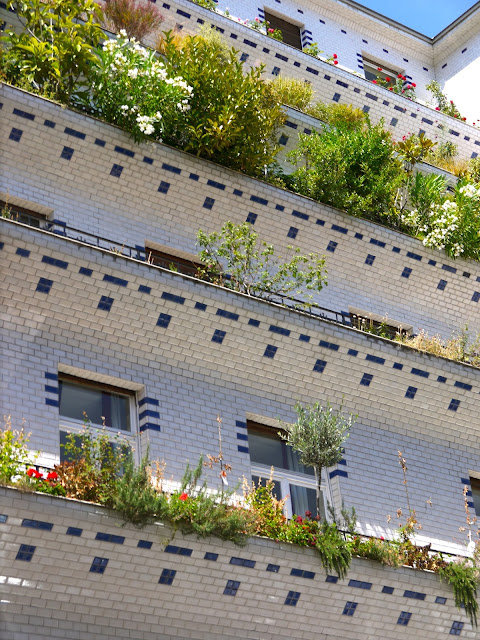 Rue Vavin is a pleasant street of cafes and stylish shops in Paris' 6th arrondissement. It is also home to one of architect Henri Sauvage's most famous works - the white tiled tiered building at number 26. Completed in 1912,  it is one of two tiered buildings he designed and managed to have built - the other being at 13 Rue des Amiraux in the 18th. Number 26 stands out from the rest of the street with its crisp white ceramic tiles and contrasting blue detail - a striking site in the summer sunshine.

Sauvage was interested in improving the living conditions of ordinary people and wanted to design affordable, well-lit and well ventilated social housing. This is why the building's facade gradually retreats, each level having a terrace, affording outdoor space to the residents and the opportunity to take fresh air without having to go down to the street. It also provides opportunities for tiny gardens and several of the apartments have plants growing on the terraces.  Sauvage's designs were a response to the over-crowded and unhealthy living conditions of the urban poor and in line with his commitments to the Societe des lodgements hygeniques a bon marche - a company established to promote sanitary and affordable housing - something we are still struggling with today. He also worked closely with the City Council's Office of Affordable Housing (HBM) in order to implement his ideas. 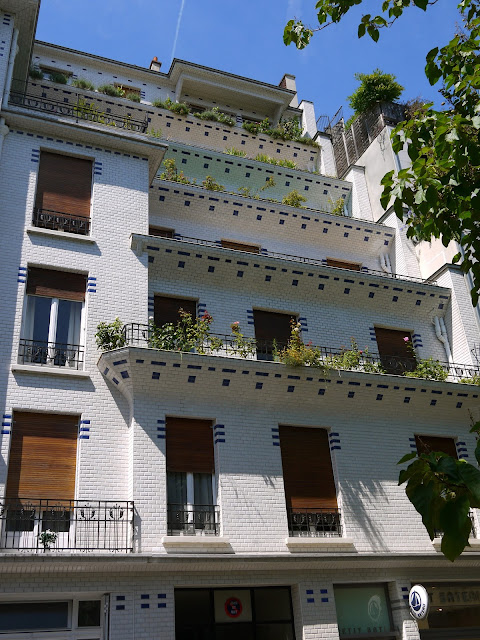 He further developed his ideas of healthy living with the building in Rue des Amiraux, a pyramid style building which has a swimming pool in the centre. However, Sauvage cannot take credit for the pool - he originally wanted to place a cinema there but the HBM insisted that the pool, known as the Piscine des Amiraux be provided for residents instead. The building has been renovated and is now listed. It has also been used for filming, in particular for the award winning film Le Fabuleux destine d'Amelie Poulain, better know in the UK as Amelie. The apartments here were completed in 1925 and the piscine in 1930. 26 Rue Vavin also has a film pedigree and was used for the 1972 film - Last Tango In Paris.

Although there were plans and proposals for further terraced buildings, none were realised and in later years, ironically there were issues of poor lighting in some of the apartments. Despite this, Sauvage's ideas have clearly had an impact on social housing architecture and policy in the 20th century whilst his ideas about access to light and air fit well with those of some of the British public health pioneers of the same period, including Dr. Salter and the pioneers of the Peckham Experiment in London.

Sauvage worked in a number of styles and designed homes for the wealthy as well as social housing. One of the most successful French architects of the first half of the 20th Century, his other works include Villa Majorelle, an art nouveau classic in Nancy, built for the furniture designer Louis Majorelle, a 1933 re-working of the iconic La Samaritaine department store and an hotel in Monterey, Mexico. 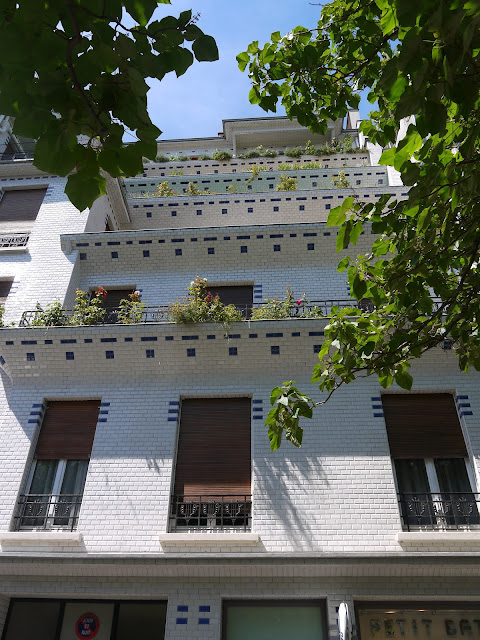 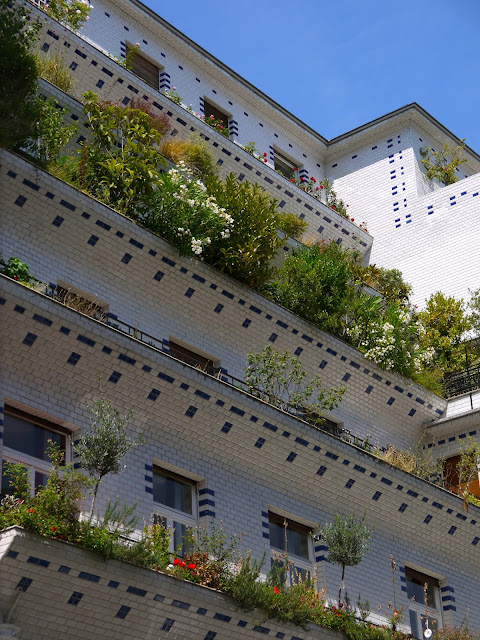