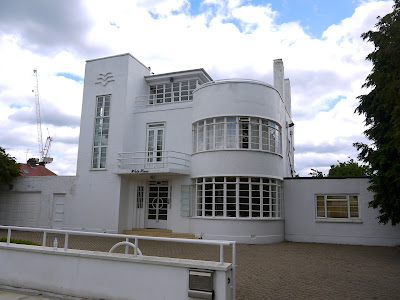 Downage is a quiet, tree lined residential street in Hendon, North-West London, not dissimilar to many other streets in this part of the city. However, number 72, also known as The White House stands out from its neighbours as the only modernist structure in the street and one of the best examples of 1930's style moderne. Completed in 1935, it was designed by architect Charles Evelyn Simmons for Haymills Ltd, builders and developers active in North London during the 1930's and with a reputation for providing quality homes designed by interesting architects.

The exterior appears to have been perfectly preserved and the house is protected through its Grade ll listed status achieved in 1997. A two storey building, it is constructed of rendered brick with a flat asphalt roof. Built to a square plan it has rounded corners on the south elevation with continuous windows on the ground and first floors. There are double entrance doors set back behind fluted mouldings to either side with a sign bearing the name of the house at the foot of a balcony above. Like many buildings of this style, the White House gives off a slightly nautical or seaside feel with the sun room resembling a ship's look out post. The stairwell is glazed giving passers-by a glimpse into the life of the occupants and topped by a motif inspired by the art deco "rule of three" inspired by decorative elements of Ancient Egyptian art.

According to the listing text some of the original internal features have been lost, including a fireplace in the drawing room, but others survive including taps inside the bathroom wall and a green inset soap holder. A shame we can't see them! The house has six bedrooms and a substantial garden at the rear. It is possible to see some pictures of the interior here.

Simmons was a local man, born in Hampstead in 1879 and educated at University College School before being articled to architect Horace Field between 1899 and 1903 where he completed his professional training. He commenced practice in 1905 but was not elected as a Licentiate of RIBA until 1912 with Field as one of his three proposers. He then established a professional partnership with his former tutor until 1915 when he commenced work in the Ministry of Health Architects Department, resuming private practice after the First World War. In addition to designing residential properties, he was also responsible for two churches in Scotland.

Its surprising what you can find in a quiet London street. 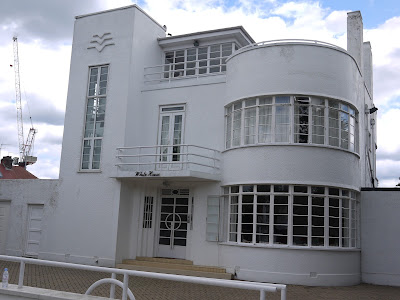 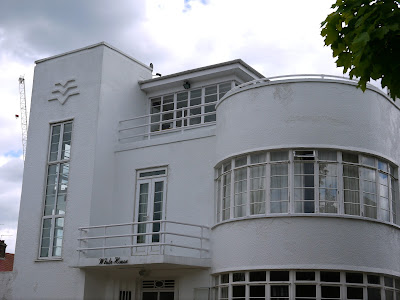 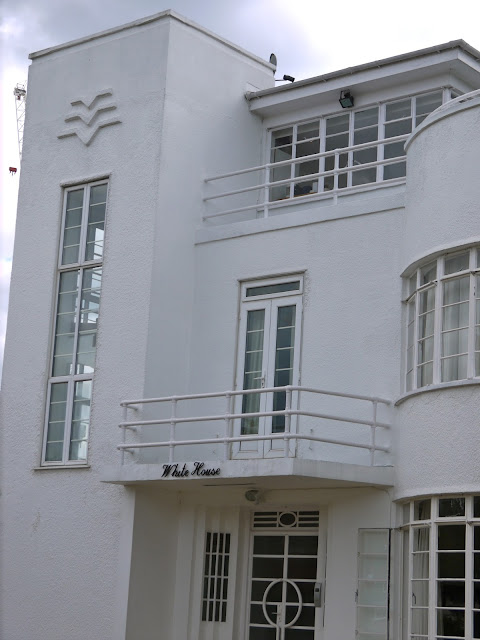