Luxury Art Deco apartment blocks were built all over London during the 1930's. Offering the latest domestic conveniences, concierge services and in some case swimming pools and resident only restaurants  they were designed with the principles of modernity and luxury firmly in mind. Many of these buildings have survived including Northwood Hall in Hornsey Lane, Highgate, built in 1935 and designed by architect Charles Edward Bright. 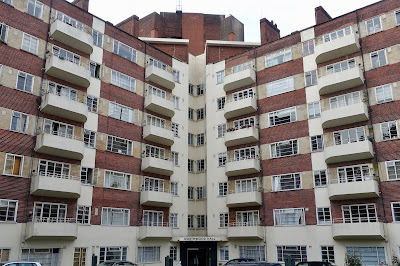 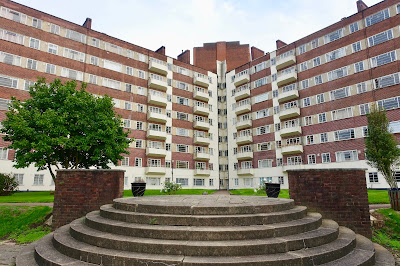 Northwood Hall is large and imposing with a striking main entrance topped by stylised lettering carrying the building's name. Behind this sits a recessed and glazed stairwell topped by a tower rising one level above the rest of the structure. The original almost 200 flats were advertised as having either two or three bedrooms with large reception rooms and various modern facilities. The rental cost per annum in 1935 ranged from £105-175 per annum and for this tenants got central heating, constant hot water, heated linen cupboards, an electric lift, garage space, a fitted kitchen and a de-luxe bathroom. Peace and quiet was ensured through the sound proofing of all corridors.

Architects working in the modernist style emphasised not only modernity and luxury but also healthy living. Charles Edward Bright reflected this in the building's unusual cruciform shape, intended to maximise the amount of natural light flowing into each unit. The inclusion of semi-circular sun windows in some flats and French windows leading to external balconies in others further enhanced this. The balconies are architecturally interesting too, protruding from the building and of unorthodox design with one rounded and one squared off end. 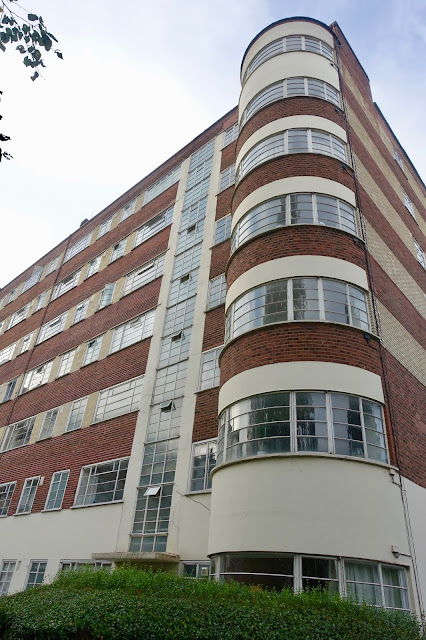 Still with healthy living, exercise was encouraged by setting the building in extensive gardens and by providing tennis courts where according to the advertising brochure residents could participate in tournaments during the summer months. Of course, exercise wasn't compulsory and for the less sporty residents, the roof garden may have been more attractive. Sadly neither of these features have survived. The tennis courts were built on many years ago and the roof garden is no longer accessible. The loss of the roof garden is particularly unfortunate since it must command spectacular views across the city as do the flats at the upper levels. Indeed this was a feature of the original advertising which boasted that it was possible to see as far south as Crystal Palace on a clear day.

The annual rent included access to uniformed porters who could also arrange for maid services but perhaps the most splendid facility of all was the restaurant that offered both table d'hote meals and an a la carte menu. Not only that, meals could be served in your flat if you preferred to eat at home. These arrangements were not unusual in apartment buildings of this period - the Isokon in nearby Belsize Park had a famous restaurant and bar - but I am not aware of any that have survived until today. I understand that the former restaurant space was converted into additional flats whilst a residents' shop also closed. 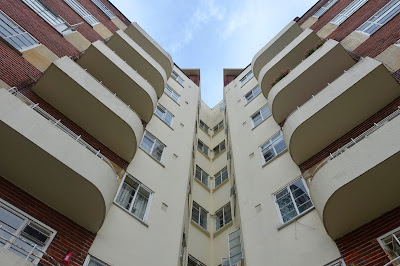 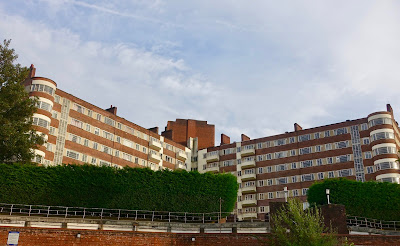 The architect had an interesting career. Educated at the Bartlett, he went on to work as an assistant to Herbert Baker, Edward Lutyens and Guy Dawber from 1928. He designed at least three more London apartment buildings during the 1930's, including Benhurst Court in Streatham which has some design similarities to Northwood Hall. He also saw military service in Gibraltar during the Second World War.

Recently proposals were brought forward to add two storeys to the building consisting of 22  new apartments with a total of 55 bathrooms (!) Whilst there are many examples of adding a single  storey to buildings of this kind, it is most unusual for changes of this extent. If implemented this would have significant impact on the original design, destroying its lines, proportions and in particular detracting from the previously mentioned main entrance. The building is not protected by listed status but significant opposition to the proposals including more than 40 objections submitted to Haringey Council's Planning Department resulted last week in their withdrawal. New proposals are to be drawn up and consulted on. It is hoped that a more sympathetic approach will be taken. 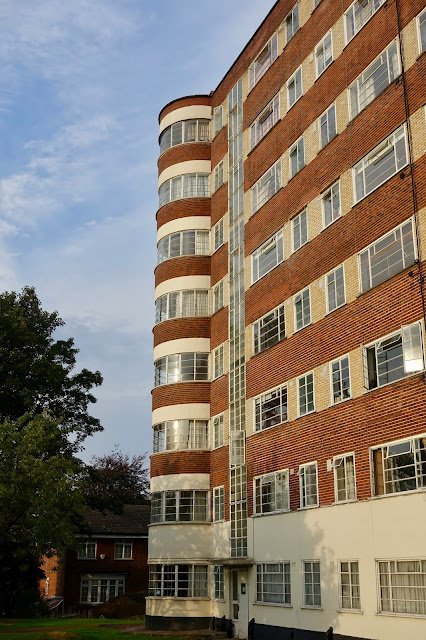 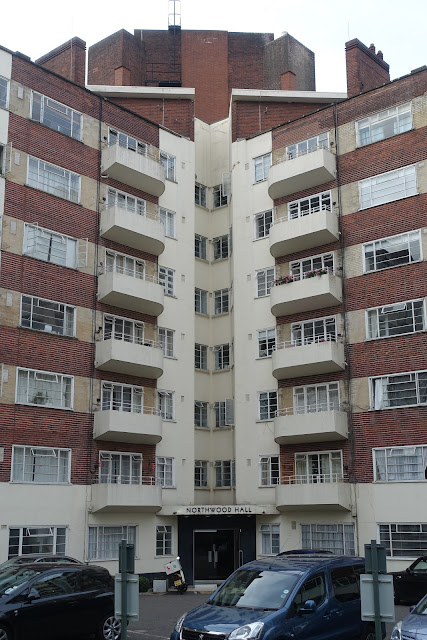