It takes just ten minutes to walk from Archway Station up Highgate Hill to the High Street of the same name.  Highgate Hill is one of London's highest points and it is a steep climb from the station. However, those who persevere are rewarded with the site of one of the country's finest 1930's apartment blocks. 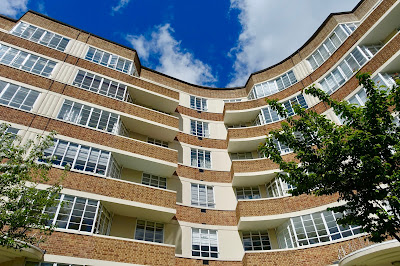 Completed in 1935, Cholmeley Lodge was the work of Guy Morgan who also designed Florin Court in the City of London. The Lodge shares some features with Florin Court, in particular  the wave of three curved crescents on the facade. Awarded Grade ll listed status in 2003 for architectural and historical interest, the building was constructed with yellow bricks and cast stone with steel horizontal bar casement windows. There are four entrance doorways with fluted surrounds and a curved canopy, each bearing the name of the block in stylised lettering. Boldly projecting, squared off balconies on every floor enhance the overall impact.

Each of the delightful crescents have staircase towers leading to a flat roof, designed as a sundeck and which must offer spectacular views over the city. Reflecting both the modernity and the class divisions of the 1930's, the Lodge was designed with a series of lifts for residents and staircases for trades purposes - at the rear of the building of course. The listing status refers to 54 flats in the block, although according to a 2006 Haringey Council report on the Highgate Conservation Area there are only 48. 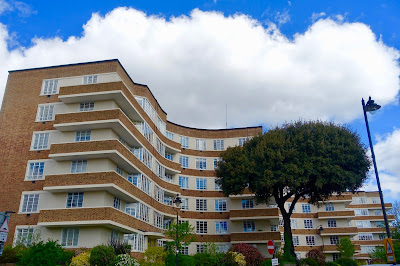 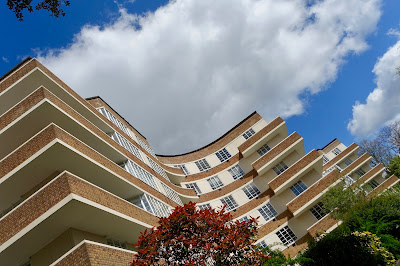 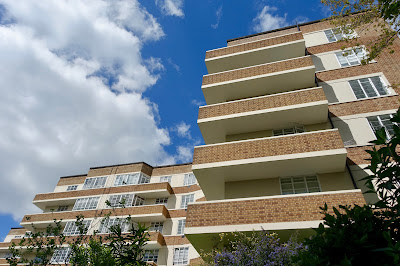 If things had gone as planned, Cholmeley Court would never have been built in London. It was originally intended for Bournemouth but was rejected by the local planners as they found the ultra-modern design too stark and demanded that Smith soften the elevation with Tudor timber work! Thankfully, Morgan refused to comply and Bournemouth's loss became Highgate's gain. The block is in a very pleasant side street and is surrounded by very well kept gardens. I checked to see if any of the units are currently for sale. None are but a three bedroomed apartment was recently sold for £1.3 million. Better start saving. In the meantime, the schlep from Archway Station to Cholmeley Court is well worth the effort and it's good exercise too. 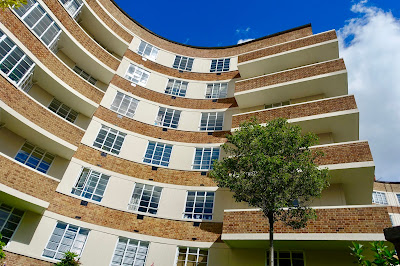 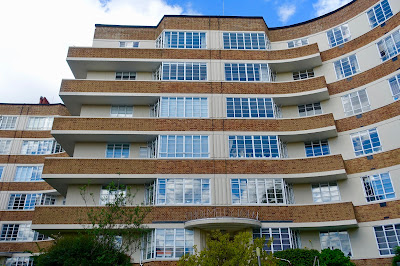 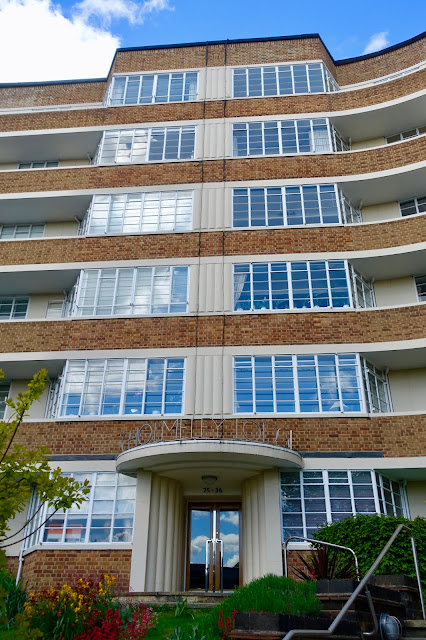 You can see more pictures of London's art deco buildings here.
Posted by Yekkes at 15:54