Kingsley Court is a magnificent modernist building just five minutes walk from Willesden Green tube station. It is surrounded by those large, slightly forbidding Victorian era houses found across North London, its red bricks and white rendering between floors making it stand out from its neighbours. The building was designed by Peter Caspari, commissioned by Davis Estates with construction commencing in 1933 and completed the following year.  It consists of 54 flats over six storeys, built to a z-shaped plan. The site is very narrow at the junction of two roads and beside the tracks of the Jubilee Line. 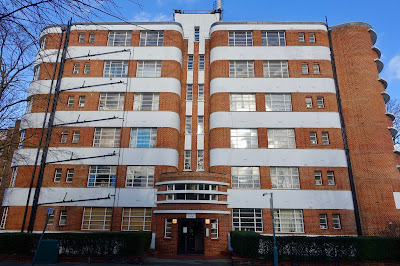 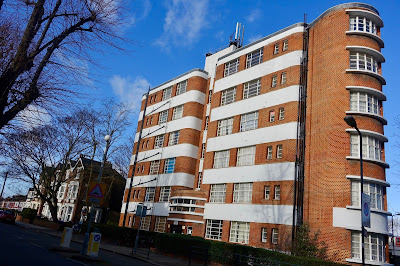 Caspari used the restrictions of the site to create a number of interesting features including the undulating and recessed elements facing Park Avenue, metal window frames, the tower on the curved corner and the flatter, but white banded facade in Chapter Road. The Chapter Road entrance is set in a curved protruding lobby, topped with fenestration and leading to a recessed central stairwell. The glazing is divided by four white bands reflecting the thicker rendering on the main facade. The building was listed with Grade II status in 2000. It appears to be well maintained from the exterior but a number of comments received in response to a planning application in 2013 make reference to poor maintenance as well as the leaseholders making efforts to restore the original look of the building. 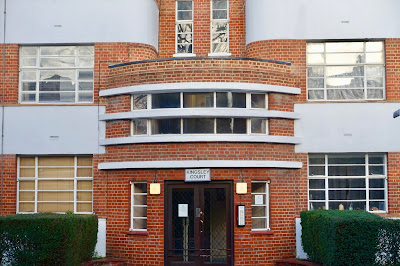 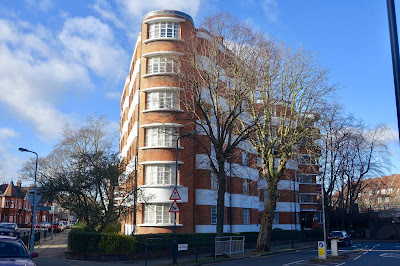 The architect was a German Jewish refugee. An active member of an anti-Nazi organisation he fled Germany in 1933 after being tipped off by the family chauffeur that he was about to be arrested. He first went to Switzerland before coming to London with his wife, medical student Erica Lichtenberg. He quickly learned English in order to secure work and Kingsley Court was one of his first commissions. It is often described as the first expressionist building in the UK. This should come as no surprise as Caspari had worked as assistant to Erich Mendelsohn and also had contact with Bauhaus luminaries Walter Gropius and Mies van der Rohe. He would go on to design the more austere Kimber Court in Putney in 1939 before emigrating to Canada after the War where he was responsible for several buildings in Toronto and Calgary. 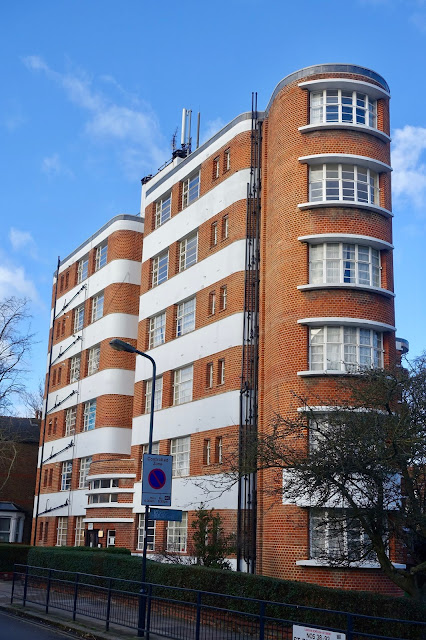 You might also like Metroland Modernism, Stanmore's Valencia Road and the Kerry Avenue Conservation Area
Posted by Yekkes at 20:43