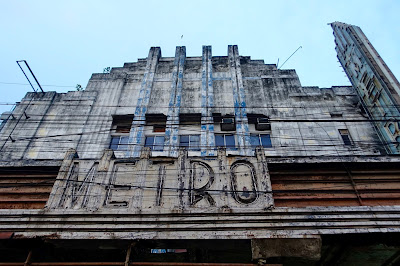 Calcutta's Chowringhee Road was once one of Asia's most exclusive addresses. Lined with impressive hotels and clubs facing the Maidan, the huge green expanse at the heart of the city it was the entertainment centre of Calcutta. Despite continuing to attract thousands of shoppers every day, Chowringee (now Jahawarlal Nehru Road) has seen better days. With the notable exception of the Oberoi Grand Hotel, many of the buildings have fallen into disrepair. The ground floor of several of them and the footpath in front have been taken over by hawkers and stall holders selling cheap goods of all kinds including jewellery, clothing, shoes, mobile telephones and household items. You name it, you can get it here.

The Metro at number 5 was one of Chowringhee's most important entertainment buildings and one of several Art Deco single screen cinemas in this part of the city. Built for the Metro-Goldwyn-Mayer (MGM) company, it opened in 1935 with the purpose of promoting their films to the large and receptive English language audience then resident in Calcutta. The architect responsible was the British born but American based Thomas W. Lamb, who also designed the Mumbai Metro cinema. The first screening was of Way Out West, a comedy starring William Haines and Leila Hyams. 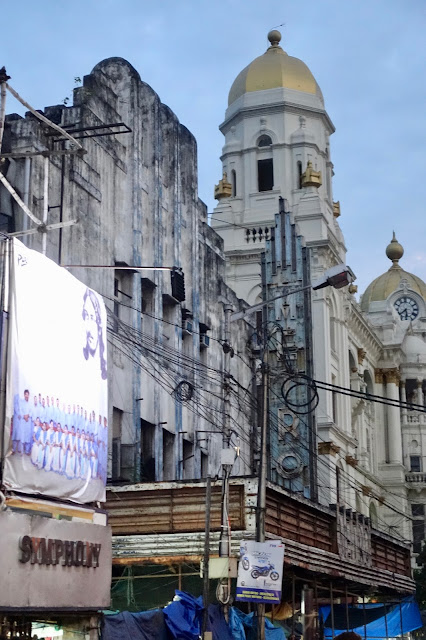 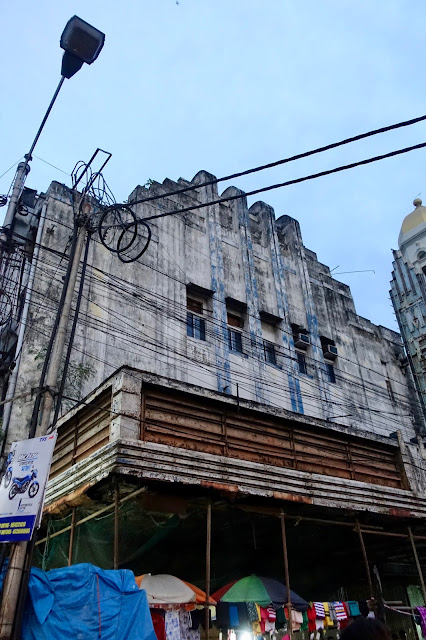 The cinema attracted large numbers of British, Jewish and Armenian customers. Jael Silliman wrote about the importance of the Metro to the Jewish community in her book  Jewish  Portraits Indian Frames. - "Western movies were very popular and Jewish youngsters often attended the cinema in large groups. Flower and her cousins the Joshuas, had a fixed weekly reservation for the entire year at the Metro cinema".

These communities left India in large numbers after independence but the Metro remained successful until the 1970's, changing its focus from Hollywood to Bollywood films. However, during the 1990's, the cinema was not properly maintained and the arrival of multiplexes during the 2000's was to be a fatal blow. The doors finally closed in 2011. Three years later, the Metro appeared in the Bollywood movie Gunday when the lead characters attended a film there. Works are currently being undertaken to convert the building to a shopping mall and multiplex cinema. All that will be retained of the original design is the facade with its spectacular waterfall style columns, stylised lettering and fin which also bears the cinema's name. Whilst it is sad to see the original interior disappear, the Metro has at least avoided the fate of a number of other cinemas in Calcutta that have been completely demolished and furthermore, it will continue to operate as a cinema.

A note on names - Calcutta is now known as Kolkata and Chowringhee's official name is Jahawarlal Nehru Road. I have used both versions in this post but primarily the old names to reflect the heyday of the Metro. 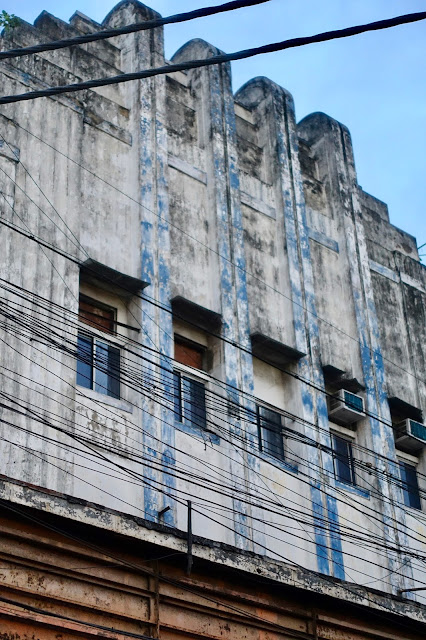 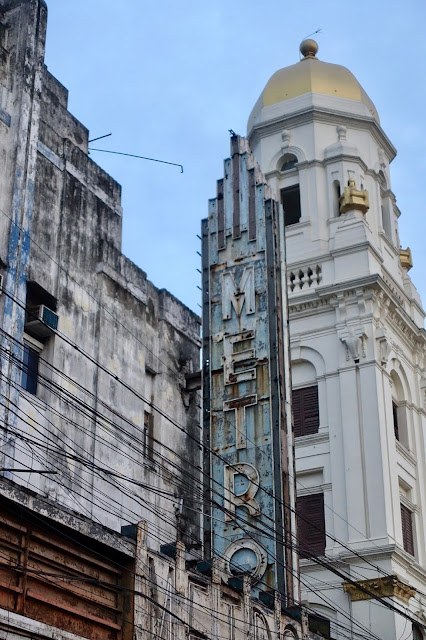 More pictures from Kolkata/ Calcutta
Posted by Yekkes at 16:26