Tel Aviv is known for its wonderful Bauhaus architecture which won it World Heritage site status in 2003. It is also becoming more well known for its eclectic style buildings from the preceding period. Haifa, Israel's third city can also boast architectural treasure in both styles, but outside of the city, very few people realise this.

I recently spent two full days in the Hadar Hacarmel district, strolling (and sweating in the extreme humidity!) with my camera and enjoying Haifa's much undervalued built heritage. The Hadar neighbourhood was established in the 1920's as the city's first planned Jewish area. Architect Richard Kaufmann planned the district as a garden city based on Tel Aviv. It is far from being a garden city today but there are still some patches of green and many fine buildings, so here, in no particular order, are a few of my favourites from the Haifa's Hadar.

Herzl Street is one of the main thoroughfares on the Hadar. It is also home to the former Orah Cinema, built from 1935-1937 and designed by Oskar Kaufmann who also designed the original Habima, the national theatre in Tel Aviv. Long abandoned as a cinema it had 1092 seats and was one of several elegant and much loved picture houses in this part of the city. The foyer was unusually located beneath the balcony whilst there was also a small bar the walls of which were covered in multi-coloured tiles. The cinema suffered fire damage in 1946 and underwent part reconstruction by architect Eugen Stolzer, a former partner of Kaufmann. Stolzer added a new marquee running the length of the building and whilst the original was almost certainly not painted the pink we see today, there are still some nice features that give passers-by a glimpse of its former glory. The ground floor now houses shops whilst the remainder of the building appears to be vacant.

The Central Synagogue stands a little further along Herzl Street. Building work commenced in 1926 and although the dedication was made in 1927, construction was not completed until 1935. The work was completed in phases due to a lack of finance and was dependant on levies from local residents. A stellar cast of architects are associated with this building. The original plans were drawn up by Alexander Baerwald whilst the later stages were the work of Al Mansfeld and Munio Weintraub (Gitai).  The facade of the synagogue includes an image of Elijah the prophet, signs of the twelve tribes of Israel and a menorah. The land was donated by the PICA company, a charitable organisation established by  Baron Maurice de Hirsch in 1891 with the intention of supporting the development of Jewish communities in Eretz Israel and the Americas as well as a small community in Turkey.
The Technion building (originally known as the Technikum) is one of the city's iconic buildings. Designed by our friend Alexander Baerwald at the request of the Ezra organisation, it was the first university in the country where it was intended to teach technology through the medium of German. What became known as the language war ensued with supporters of German and Hebrew competing with each other - Hebrew finally winning out as the language of instruction. Einstein was one of the supporters of the project and when visiting Haifa in 1923, he planted a palm tree in front of the Technion. The tree is still there today. Einstein has an unusual link with Baerwald - they once played together in a string quartet.

The cornerstone was laid in 1912 and the building served not only as an educational establishment, being used by the German army in 1917-18 and later as a hospital for the Turkish army. Studies were held in the building until 1924 when the Technion moved to its Neve Sha'anan campus and since 1985 it has served as the National Science, Technology and Space Museum. The building is imposing with an elongated facade, featuring local, European and wider Middle Eastern styles. The main entrance with its huge archway, decorative Magen David and clean brick construction is especially impressive, especially against the clear blue sky of a Haifa summer's day and the deep green of the adjacent trees.

The new Technion is one of the most important scientific and technological academic institutions in the world, having produced a number of Nobel Prize winners, originated a new anti-Parkinson's disease drug and produced a web programming language installed on 80% of web servers worldwide.

Nordau Street, just across the road from the Technion was once a busy shopping street and a magnet for Haifa's middle classes. Citizens were drawn by its many cafes including the Nordau, Ritz, Sternheim and Jordan as well as the high quality shops selling jewellery and fabrics and travel agents. It was also home to the legendary Maskit store established by Ruth Dayan, wife of Moshe. Maskit sold the traditional crafts of Israel's many ethnic groups, as well as ready to wear clothing, from the 1950's until closure in 1994.

Nordau is today a shadow of its former self, badly affected by the opening of out of town malls in the 1990's, the flight of middle class residents to the Carmel quarter and pedestrianisation which was not popular with local businesses. An article in Haaretz in 2013 gave some grounds for hope, identifying a campaign to bring life back to Nordau Street, but resources are scarce, the challenge is great and progress slow. Strolling along its length, it is best to look up to be able to appreciate how grand this street  once was. There are a significant amount of Bauhaus buildings, with balconies, glazed stairwells and the occasion curve, a style so valued in Tel Aviv but unacknowledged here. I hope the movement to rescue Nordau is successful as so much is in danger of being lost.

A little further up the Hadar on Arlozoroff Street there is an example of what can be achieved with Haifa's built heritage when benefactors can be found. The Herman Struck Museum, the latest branch of Haifa's excellent collection of city museums opened last year in the artist's former home. The museum displays a selection of Struck's works - primarily etchings depicting his beloved Haifa and Eretz Israel, whilst the building itself is a jewel. Yet another work of Baerwald, the three storey house was built between 1924 and 1926, combining European and Middle Eastern styles with arched windows, painted floors and stone exterior. Renovated and restored in 2013, the museum integrates Struck's furniture, books and other personal items into the exhibition. The restoration was funded by benefactors and members of the Struck family and must now be one of Haifa's star attractions. Struck would have approved. A member of the HaMizrahi movement, he served on the Hadar committee and welcomed many artists, writers and other visitors to his home.

Haifa has a a great collection of buildings in the Bauhaus, Eclectic and other styles. The condition of much of it is heartbreaking but there is hope. There are some signs of revival in the port area and like Struck's former home some buildings appear to be being rescued. The Eliyahu and Sarah Mizrahi house in Jerusalem Street is currently being restored. One of the first houses in the Hadar in 1922, it was built in the eclectic style. As well as being home to the Mizrahis (Eliyahu was an agriculturalist, teacher and builder), artist Tzvi Meirowitz and Israel prize winning writer Judith Hendel also lived there. The opening of a new boutique hotel - The Bay Club on Hassan Shukri in an adapted Turkish period building is another sign of renewal for the Hadar. I stayed there during my trip, enjoyed my stay and felt much more comfortable than in some of the more expensive but less personal hotels on the Carmel.

In addition to this, the City Museum will be launching a series of guided walks focusing on Haifa's built heritage. I am also told that there are some very early plans for a new book about Haifa's Bauhaus and modernist architecture later this year - something I am very much looking forward to. Perhaps there is hope yet. In the meantime forgive my indulgence in including some more pictures! 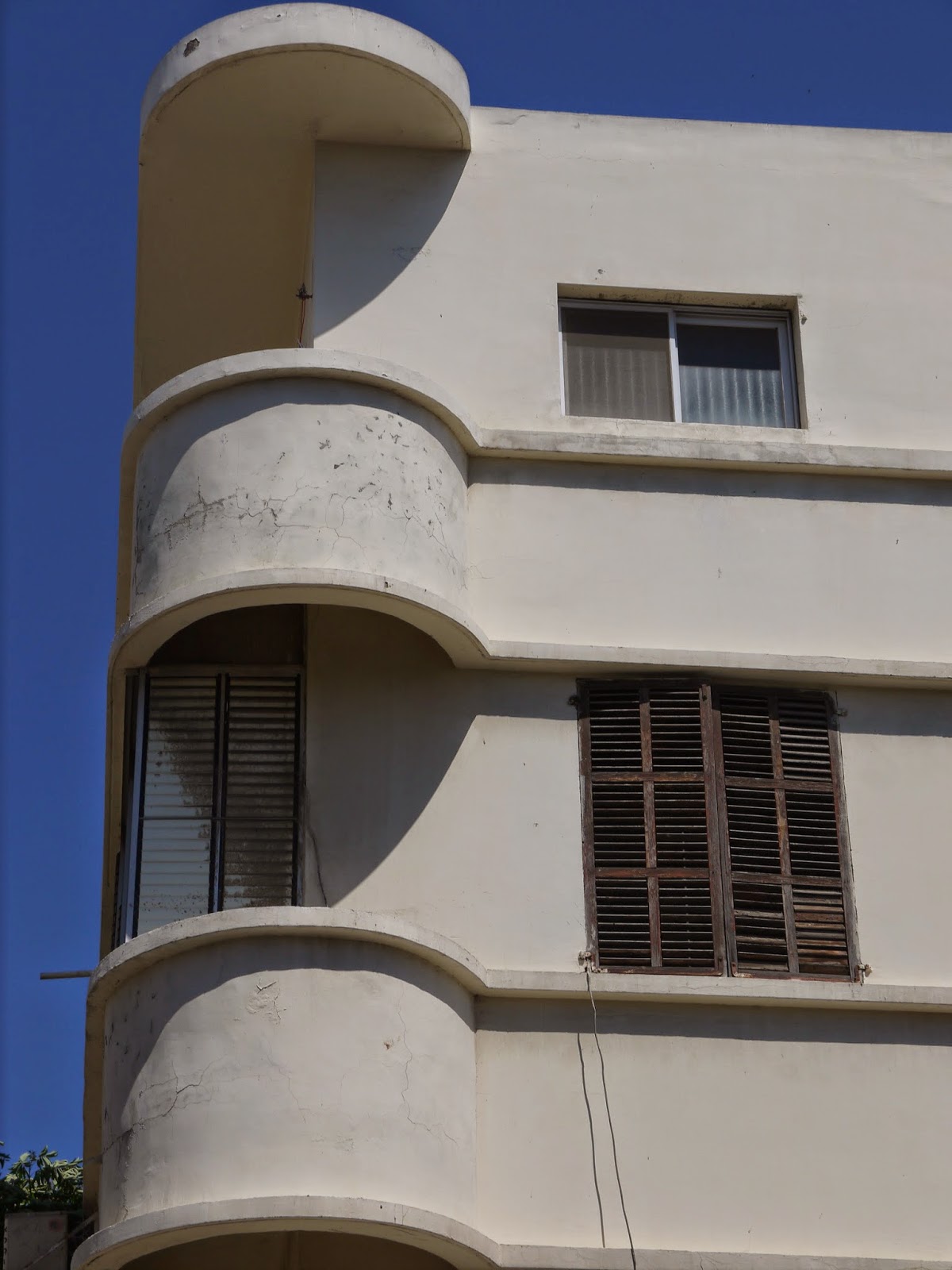 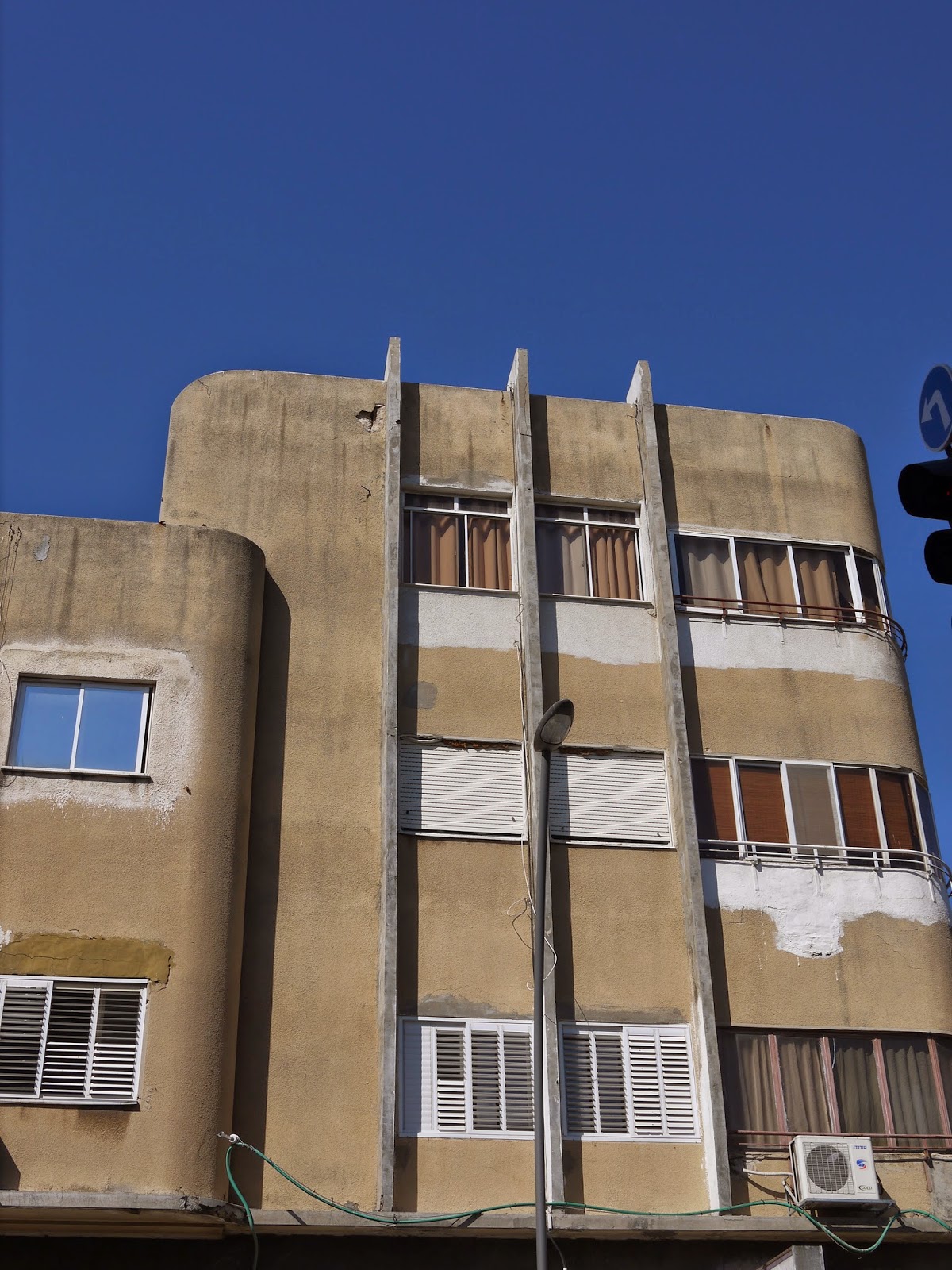 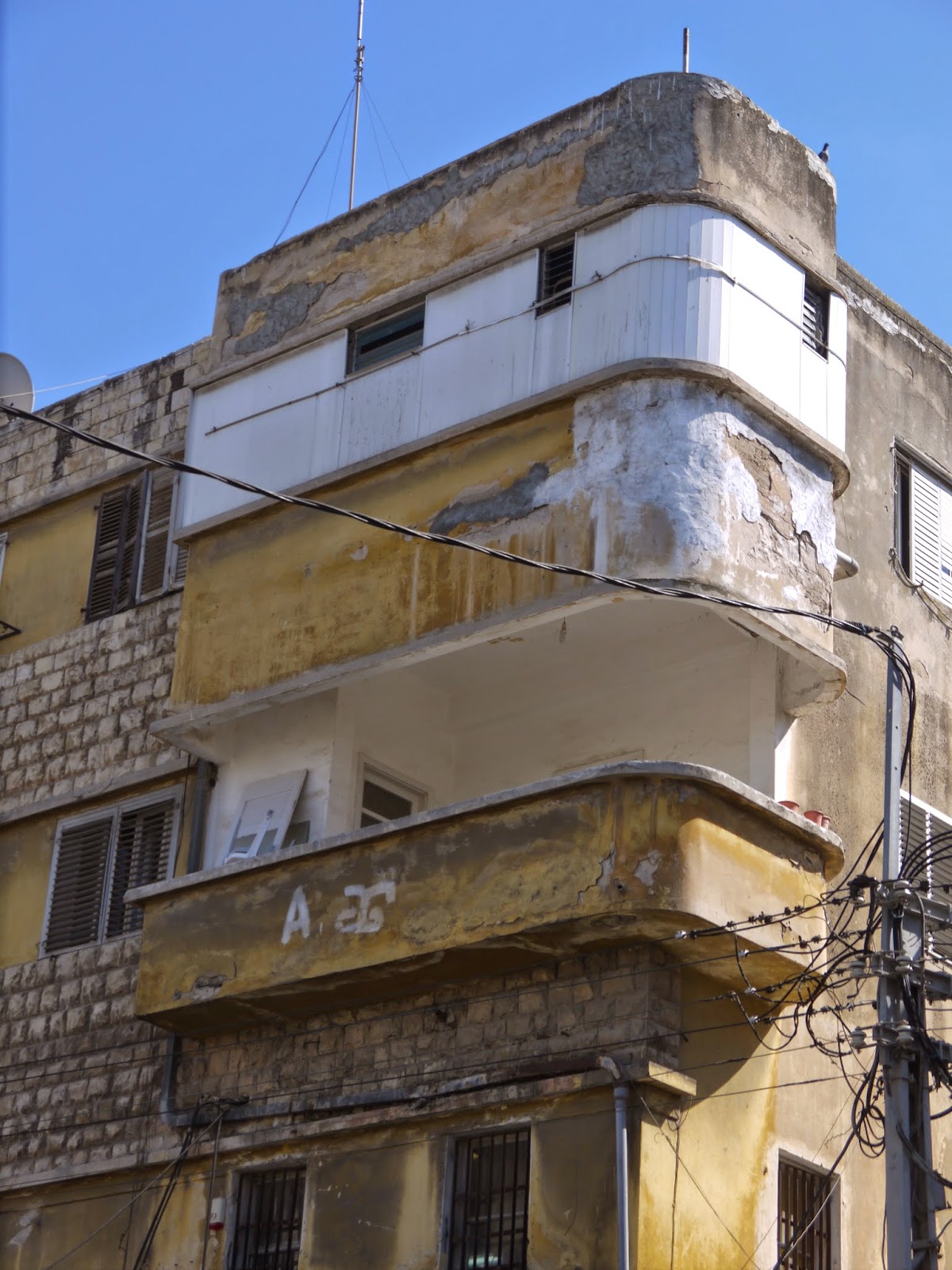