Picture Post 27 - The Genesis, best cinema in the East End! 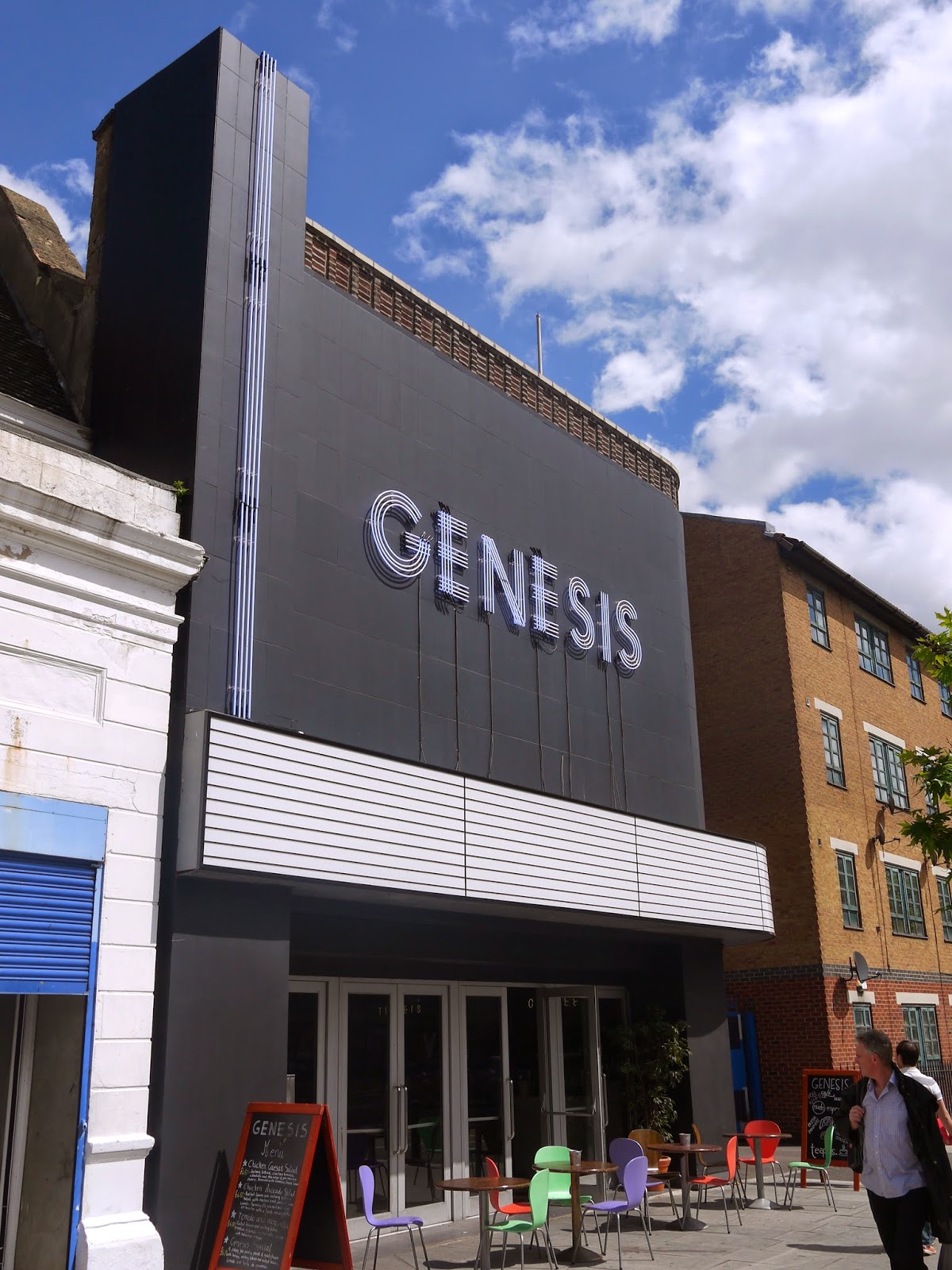 The Genesis Cinema on Mile End Road has recently had an extensive external refurbishment including a sleek charcoal frontage and new lettering carrying the cinema's name. This Stepney Green stretch of Mile End Road is seeing a new lease of life with a branch of Foxcroft and Ginger as well as Soho House restaurant Chicken Shop and Dirty Burger complementing the Genesis redevelopment.

Whilst its great to see new businesses succeeding in this part of East London, the cinema has a long history here, going back to 1939 when the Empire Cinema opened as part of the Associated British Cinemas (ABC) chain. However, this was not the first place of entertainment on the site as the Paragon Theatre of Varieties (renamed the Mile End Empire in 1912) which was demolished to make way for the cinema was built in 1885 and had a seating capacity of 2000. The Empire was designed in the art deco style by architect William Riddell Glen who was responsible for a number of cinemas in the ABC chain. Some of the interior deco features have been retained including the symmetrical staircases leading to the main screen and inverted steps with scalloped edges in the main auditorium's ceiling.

The first films were shown in the cinema on 12th June 1939 and were Burn 'em Up O'Connor starring Dennis O'Keefe and Persons in Hiding with Lynne Overman and Patricia Morrison. The Empire showed its first Cinemascope film in 1954, six years before changing its name to the ABC Mile End in 1960. 1963 saw one of the cinema's golden moments when it hosted the Royal Premier of Sparrers Can't Sing, a story of ordinary east enders filmed in nearby Limehouse. Directed by Joan Littlewood, one of the all time greats of British theatre, the cast included amongst others, Barbara Windsor, Roy Kinnear, Queenie Watts, Arthur Mullard and George Sewell. The premier was also attended by Miriam Karlin, Charlie Drake, Sylvia Sims and Arthur Askey - theatrical royalty which made up for Princess Margaret not being able to attend due to ill health, although Lord Snowden made it.

The 1980's saw many cinemas fall into decline. This one changed hands and name twice in 1986 being purchased first by Cannon (and renamed Cannon) before Coronet purchased the cinema and renamed it - the Coronet. The Coronet lasted for three years before closing in 1989 and the building fell into disrepair. Vandals and pigeons took over until in the late 1990's Tyrone Walker-Hebbon, a local entrepreneur bought the building, put three million pounds into restoration and reopened it in May 1999 as a five screen cinema. Clint Eastwood's True Crime was the first film shown in the new cinema.

Today the Genesis is a much loved, well-used local cinema that boasts a cafe bar and a wide range of screenings. It regularly participates in the East End and other film festivals and makes a major contribution to culture and entertainment in this corner of the east end. And it looks lovely! 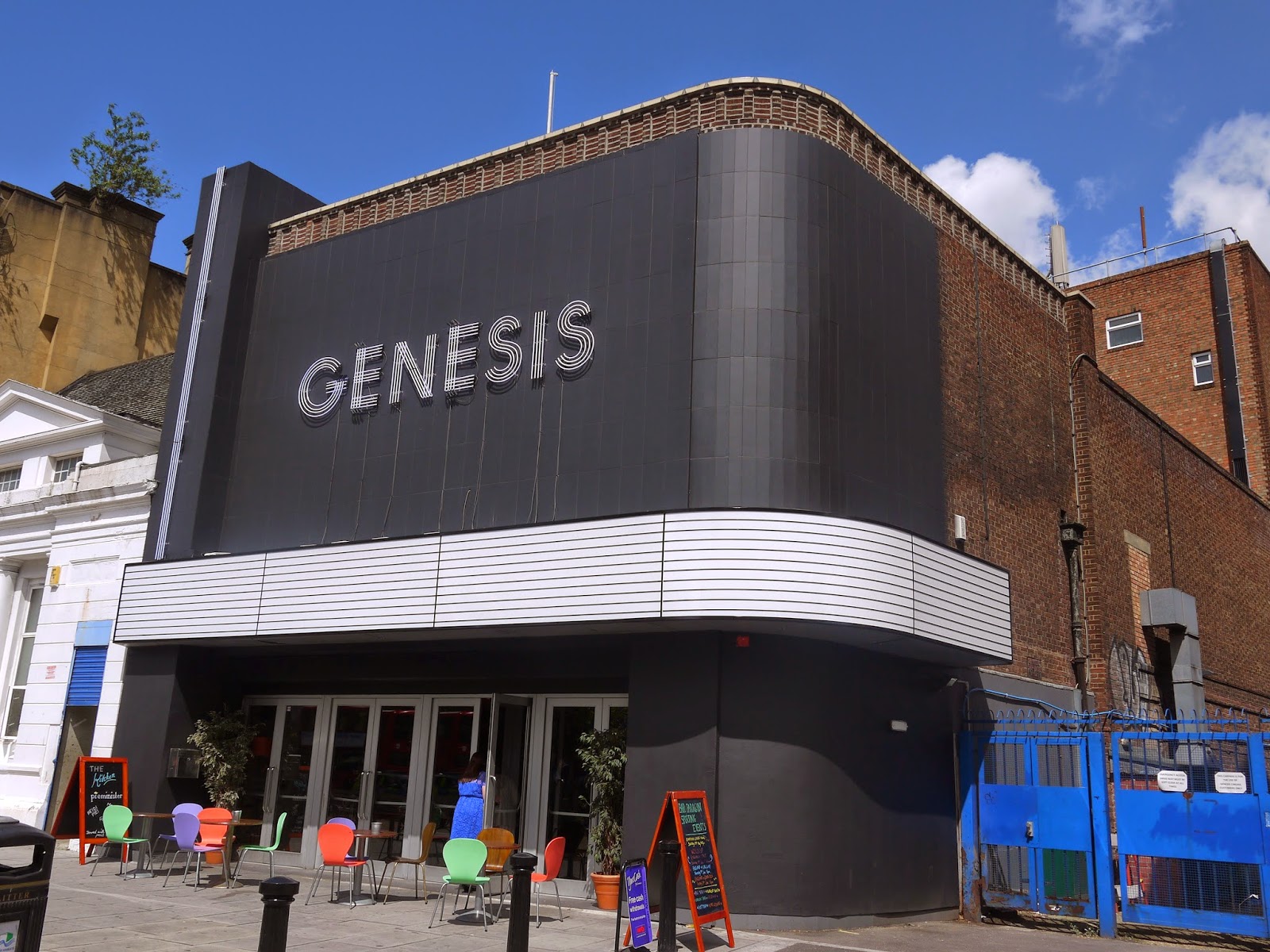 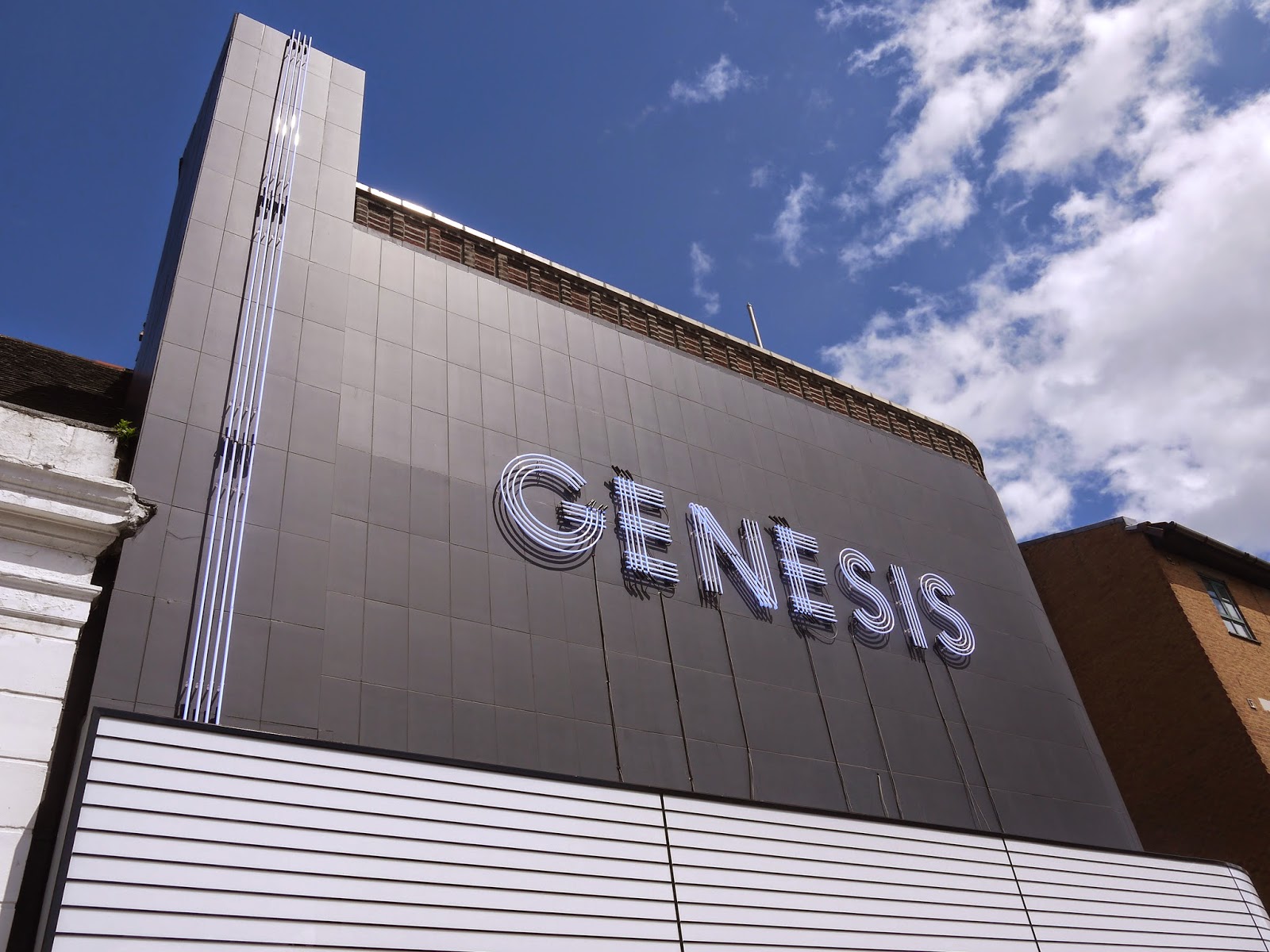 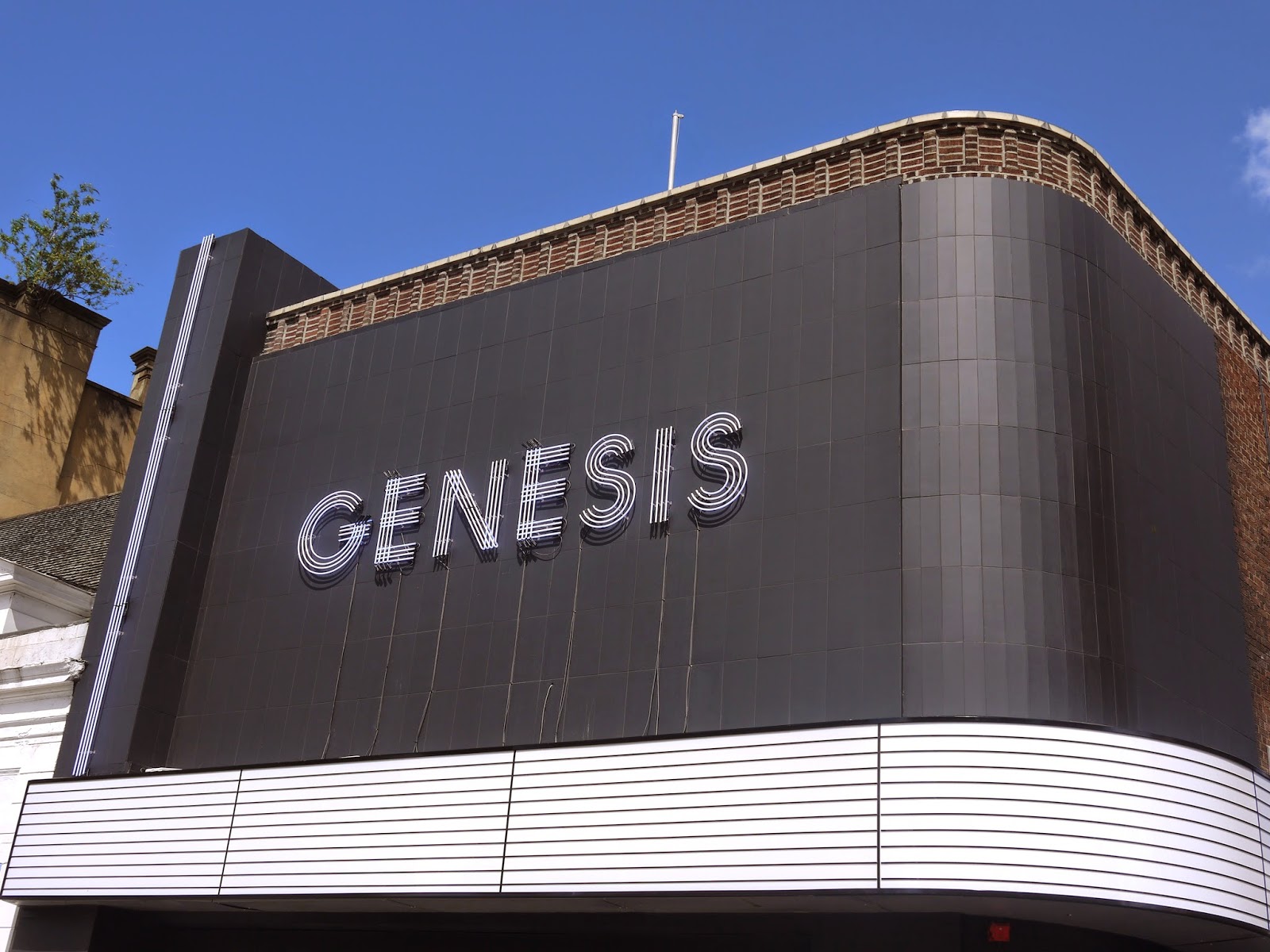