Sai Pyae Sone Aye is one of Myanmar's leading watercolourists. Born in Hkamti in the country's Sagaing region, he began painting at a very young age, receiving many prizes for his work. His original ambition was to be a cartoonist but over time he became interested in watercolours and began studying the format in 2014. 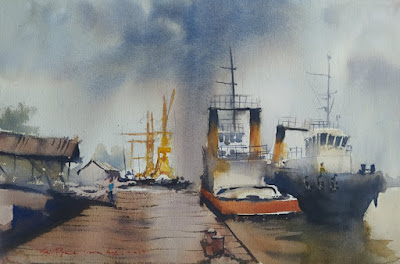 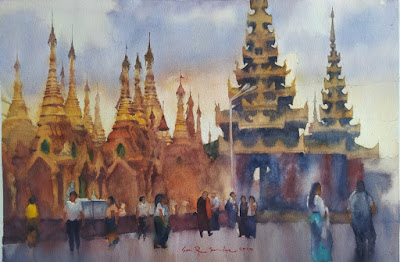 His work includes both rural and urban landscapes of his stunningly beautiful but troubled country, with a number of recurring themes. These include the river Ayeyarwady, the iconic Shwedagon and Sule pagodas in Yangon and street scenes featuring the crumbling red brick buildings of the colonial period. More recently he has begun to produce portraits. Regular readers will know that I have a special affection for Myanmar and Sai's paintings perfectly capture many of the things I love about the place and I must admit to being the proud owner of two of his works. Sai identifies Khin Maung Than and Myint Naing as sources of inspiration for his work.

Than is a particularly interesting character. He was born in Wetlet, Shwebo in 1942 into a family with artistic talents - his father was a goldsmith. He studied at Myoma School until grade seven before going on to the Mandalay Fine Arts School in the 1950's. He initially worked in commercial arts, producing film posters and graphic items and illustrating a number of novels and other books for high profile authors. He moved to a more fine arts approach in the 1990's and his work has been exhibited overseas a number of times.

Sai has had significant success both in Myanmar and internationally. His works have been exhibited in prestigious hotels in Yangon as well as in private galleries in the city. In 2019 he was selected to represent Myanmar at the International Triennial Watercolour and Spirit exhibition in Varna, Bulgaria. His works are available for sale. Enquiries should be directed to him through his website. 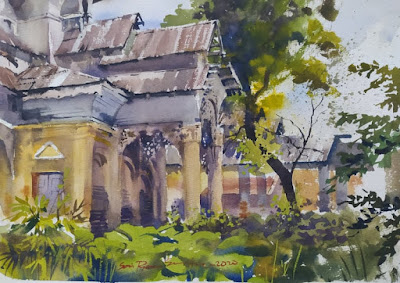 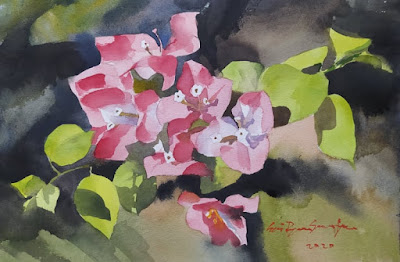 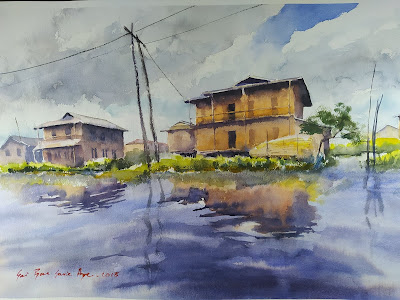 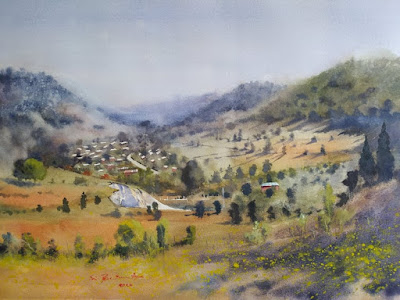 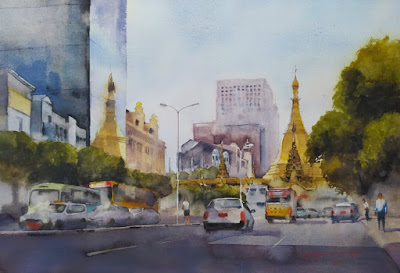 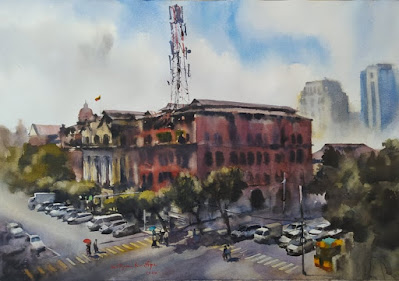 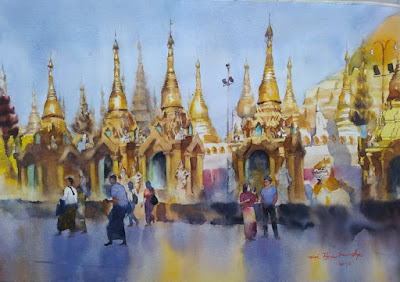 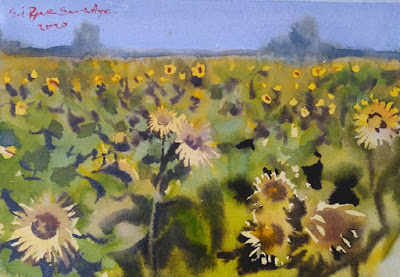 All of the  pictures featured in this post are Sai's work and are currently available for sale at time of writing.