Half way along Bethnal Green Road in East London stands a rather sad looking building, its facade partially covered in fly posted hoardings and well established weeds visible at the upper levels. This is the former Rex Cinema, one of London's many "lost" Art Deco buildings. 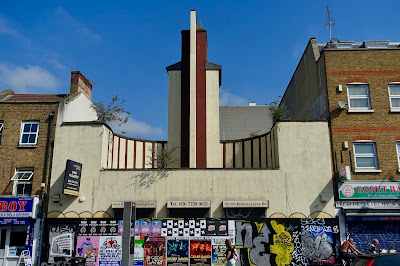 The site was originally occupied by Smarts Picture House which opened in 1913 and was part of a chain of several East End cinemas operated by one George Smart. The original building was the work of architect Philip Tree whose design included a large hexagonal tower, a low entrance facade and a single screen auditorium with seating for 865 patrons. Unlike many cinemas of this period there was no balcony and film goers were all seated at ground floor level. A small stage was available for other types of performance and two dressing rooms were included in the design.

The building was extensively remodelled in 1938 under the supervision of George Coles who was responsible for several cinemas in the Odeon chain of impresario Oscar Deutsch. The tower and facade were demolished and replaced with a new, streamlined design. The new look included a fabulous new tower with a fin at its centre surrounded by a semi-circular recess. Murals were added in the auditorium together with a stepped ceiling and new lighting. The cinema re-opened towards the end of the year as the Rex. The new name was displayed in neon lights at the top of the fin. St. Louis Blues starring Dorothy Lamour and Exposed with Glenda Farrell were amongst the first screenings.

The Rex operated until 1949 when it was renamed the Essoldo and became part of the chain of the same name. The chain was founded by Solomon Sheckman in Newcastle-upon-Tyne in the 1930's. The company name was made up of the first two letter of the names of his wife, Esther (ES), himself (SO) and his daughter Dorothy (DO). Sheckman also owned the former Empress cinema in nearby Hackney. 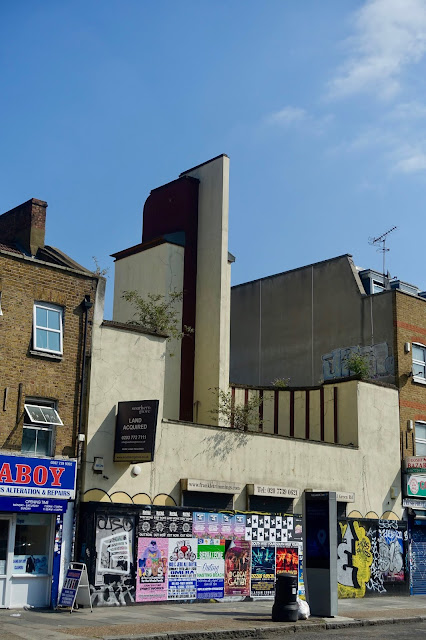 The Essoldo lasted only a little longer than the Rex had and closed in 1964. Christopher Lee's Devil Ship Pirates was its final screening. Like many other cinemas that closed in the 1960's and 70's, it was converted into a bingo hall but this too closed in 1990. After this, Frankie Trimmings, a wholesale business selling soft furnishing trimmings took over the building. At some point the former large glass fronted boxes that had displayed stills from films were removed but otherwise the building was maintained in relatively good condition until 2015 when the company moved out. Since then the interior has been gutted (and possibly part demolished) and its current condition, at least what can be seen of it, is not good.

However, there may still be a future for the former cinema as in October last year plans were announced to convert the building into a boutique hotel using the former Rex name with a single screen cinema and a rooftop bar and restaurant. Details of the proposals can be seen here and appear to retain some of the original facade design.

There are some good internal images of the former cinema here. 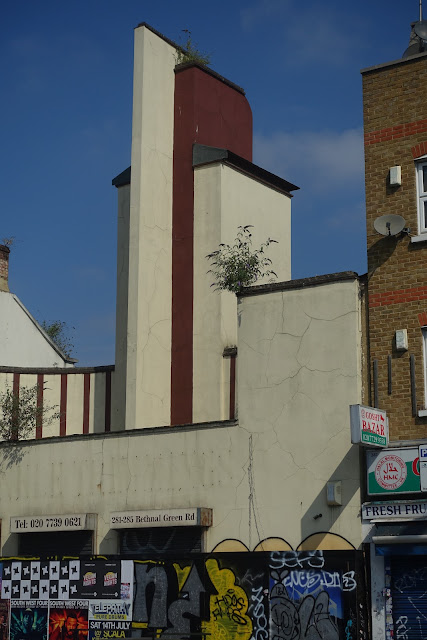