More from Metroland - Amersham's High and Over and the Sun Houses

Amersham is a small Buckinghamshire town, an hour or so away from central London at the very end of the Metropolitan line. It is the epitome of "Metroland" the term used to describe the semi rural areas around London that became home to many city workers when the tube lines were extended during the 1930's.

Amersham retains some of the charm it must have had when the station first came under the direction of London Underground in 1933. It retains a number of independent shops and cafes (including a record shop!) but has also attracted many high street chain stores that can be found almost anywhere. It has also kept some architectural treasures from the 1930's just a short walk from the station that make the long tube journey worth it!

The house known as the High and Over stands at the summit of Highover Park with views across the Misbourne Valley. The house is composed of three wings joined by a double height hall that once had an internal fountain in the centre. Built in 1929 for British archaeologist and art historian, Professor Bernard Ashmole, it attracted much attention and some controversy due to its modernity. It was deemed interesting enough for British Pathe to produce a short film about it in 1931. Entitled "The House of a Dream"  and featuring some great internal shots, you can see it here. Very photogenic, the house was also used much later for an episode of the detective series Poirot.

Architect Amyas Connell originally wanted the structure to be made entirely of concrete. His builders were unable to deliver this and he had to settle for a reinforced concrete frame with a rendered brick infill. He may have been disappointed but the result is stunning - a huge, bright white house set in 1.7 acres of land complete with a swimming pool. The original interior decoration included the use of striking colours and materials such as jade green cellulose and chromium steel. There is also a spiral staircase encased in glass and a roof terrace accessed through what was originally a day nursery.

The house was threatened with demolition in the 1960's which thankfully was avoided, although it was divided into two residences in 1962. Later restored to a single home it has recently been returned to much, although not all of its original glory. It is possible to get good views of the front of the house from its grounds but difficult to see and photograph the rest due to the large trees that now surround it. In 1929 the house stood in splendid isolation looking over the countryside. The original grounds included terraces, walks, a fish pond, a water garden flower garden, orchards and tennis courts.  The plans were based on Armenian architect Gabriel Guevrekian's Garden of Water and Light at Villa Noailles.Unfortunately this has all gone and the High and Over is now surrounded by many more recent and much less attractive houses despite there having been much opposition to further development. It now has some protection with a Grade II listing.

Connell was an important figure in the development of British Modernism. Born in New Zealand in 1901, he was attracted to modernism through seeing the work of Le Corbusier and others at the Paris Exhibition in 1925. He went on to become one of the most influential British architects of his period, forming a successful partnership with Basil Ward and Colin Lucas.

As with the High and Over, it is difficult to see some of the Sun Houses as they are now surrounded with trees and fairly dense vegetation. However there are clear views of the two houses at the bottom of the hill. I understand that they have lost many of their original internal features, but the exterior of both houses has been beautifully maintained. Constructed of reinforced concrete, both houses have glazed stairwells, a sheltered roof terrace, spiral staircases and potholes. The pristine white painted exteriors contrast with coloured window surrounds and maintain the sophistication of the buildings which also now have Grade II listed status.

Pictures of the Sun Houses… 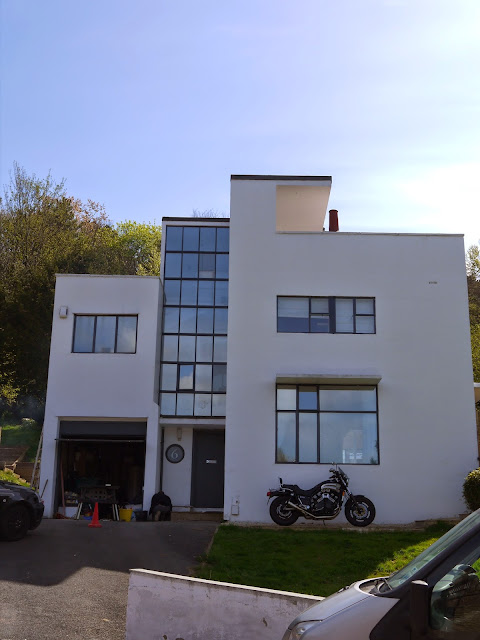 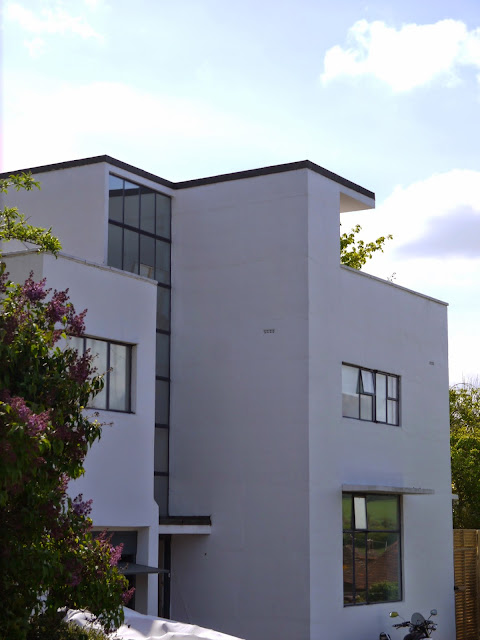 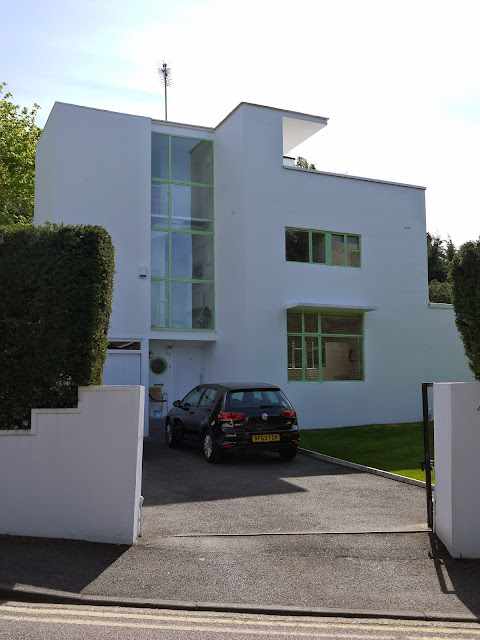 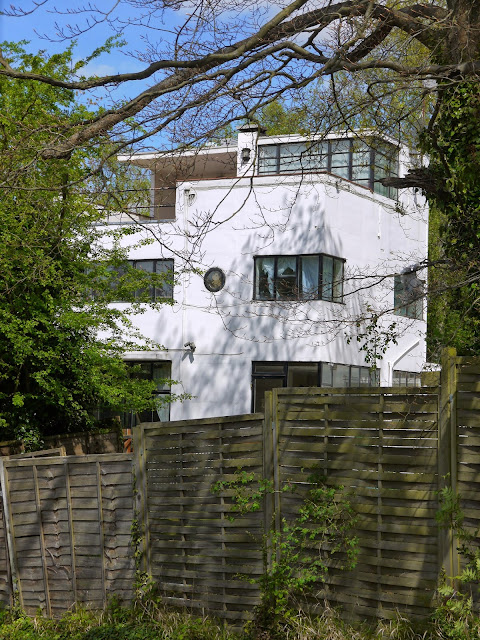