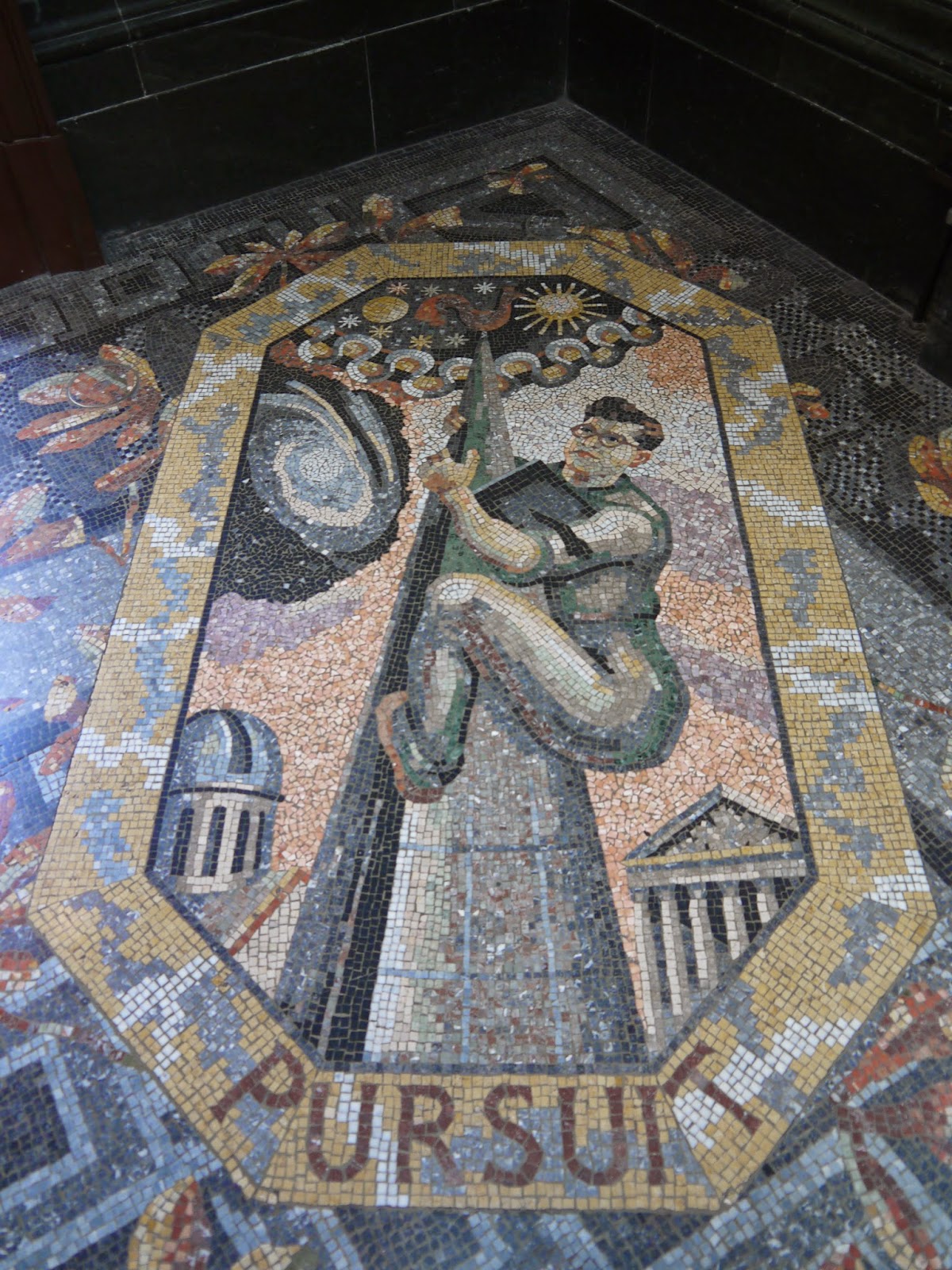 It's good to look up when strolling through cities as often the  most interesting sights are above street level. When entering London's National Gallery in Trafalger Square you should do the opposite and look down. Every day thousands of visitors walk across some of London's most beautiful mosaics - the work of Russian emigree Boris Vasilyevich Anrep, born in St. Petersburg in 1883 and who arrived in the United Kingdom in 1910.

The National Gallery commissioned Anrep to produce and lay two mosaic floors in the vestibule of its main hall based on the themes The Labours of Life and The Pleasures of Life. He completed this task between 1928 and 1933. The Gallery must have liked the results as in 1952, he was commissioned to produce a third mosaic entitled The Modern Virtues.

Anrep was associated with the Bloomsbury Group and a number of its members appear as characters in his work as did a number of other prominent people of the time. Examples of this include Winston Churchill as Defiance and Great Garbo is the muse Melopeme, whilst in the pictures featured here, we can see ballerina Dame Margot Fonteyn as Delectation, poet Edith Sitwell as the Sixth Sense and my favourite astronomer Fred Hoyle as Pursuit. I particularly like Pursuit with its image of a young Hoyle, climbing his way up towards the stars, wearing glasses that would make him extremely fashionable today and carrying what looks a little like a laptop! Anrep was clearly forward thinking.

Originally studying to be a lawyer, he abandoned this for art and studied in Paris before enrolling at the Glasgow School of Art for the year 1910-11. He met British artist Augustus John whilst in Paris and soon  became familiar with other British artists including Roger Fry, Lytton Strachey and Virginia Woolf. His Russian background also helped open doors for him in London and in 1912 he was asked to take charge of the Russian section in Roger Fry's second post-impressionist exhibition. Exhibitors in this section included Natalia Goncharova, Mikhail Larionov and Nicholas Roerich. He also maintained a life long friendship with the Russian poet Anna Akhmatova. Akhmatova is the subject of the current exhibition at London's Pushkin House, part of which examines her links with Anrep.

It is possible to see more of Anrep's work in London by visiting Westminster Cathedral in Victoria where he designed the mosaics in the Blessed Sacrament Chapel or Saint Sophia's Greek Orthodox Cathedral in Bayswater. He also completed commissions at the Church of Christ the King in Mullingar, Ireland. Its free to see the mosaics in the National Gallery, but remember to look down! 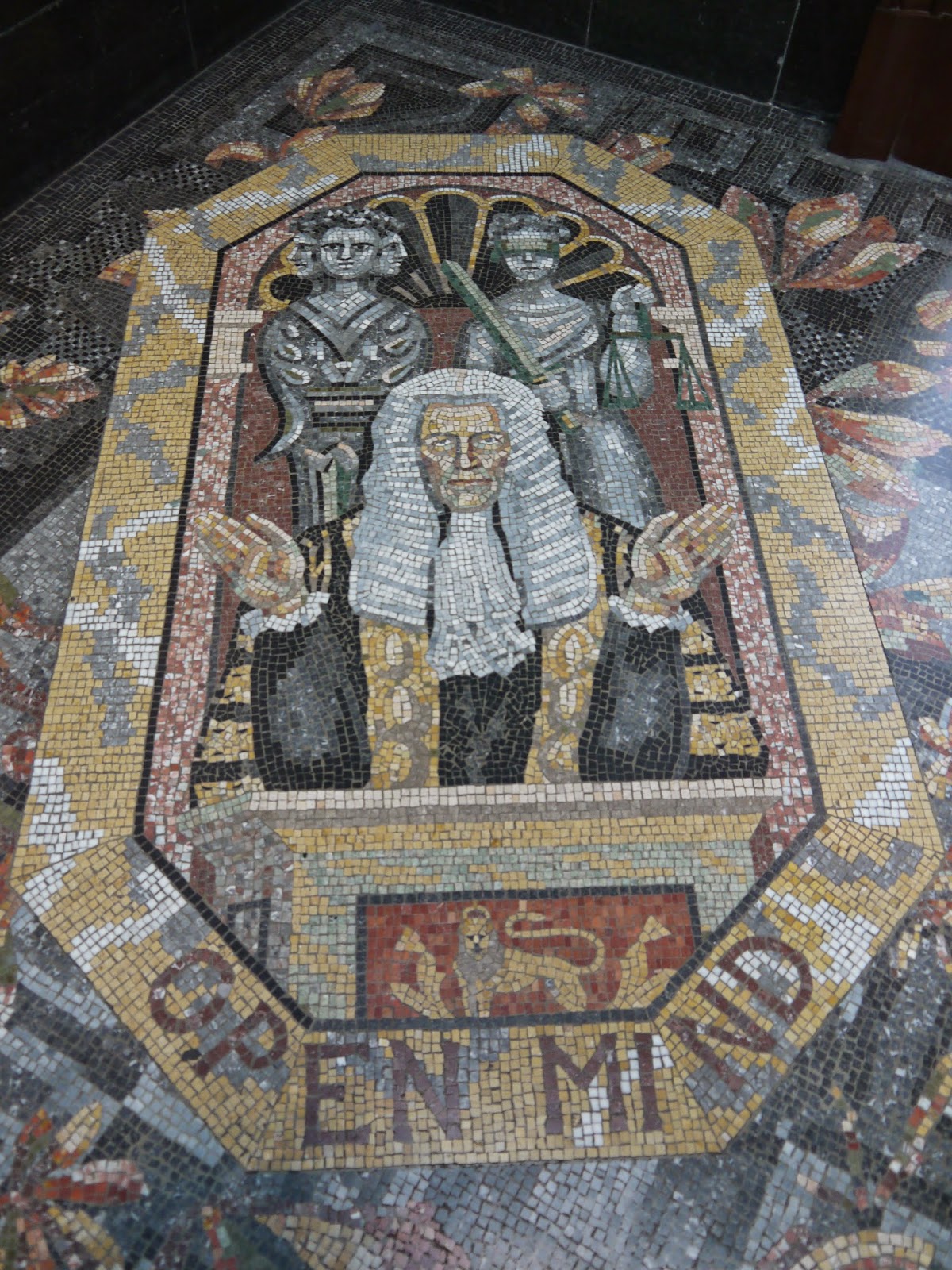 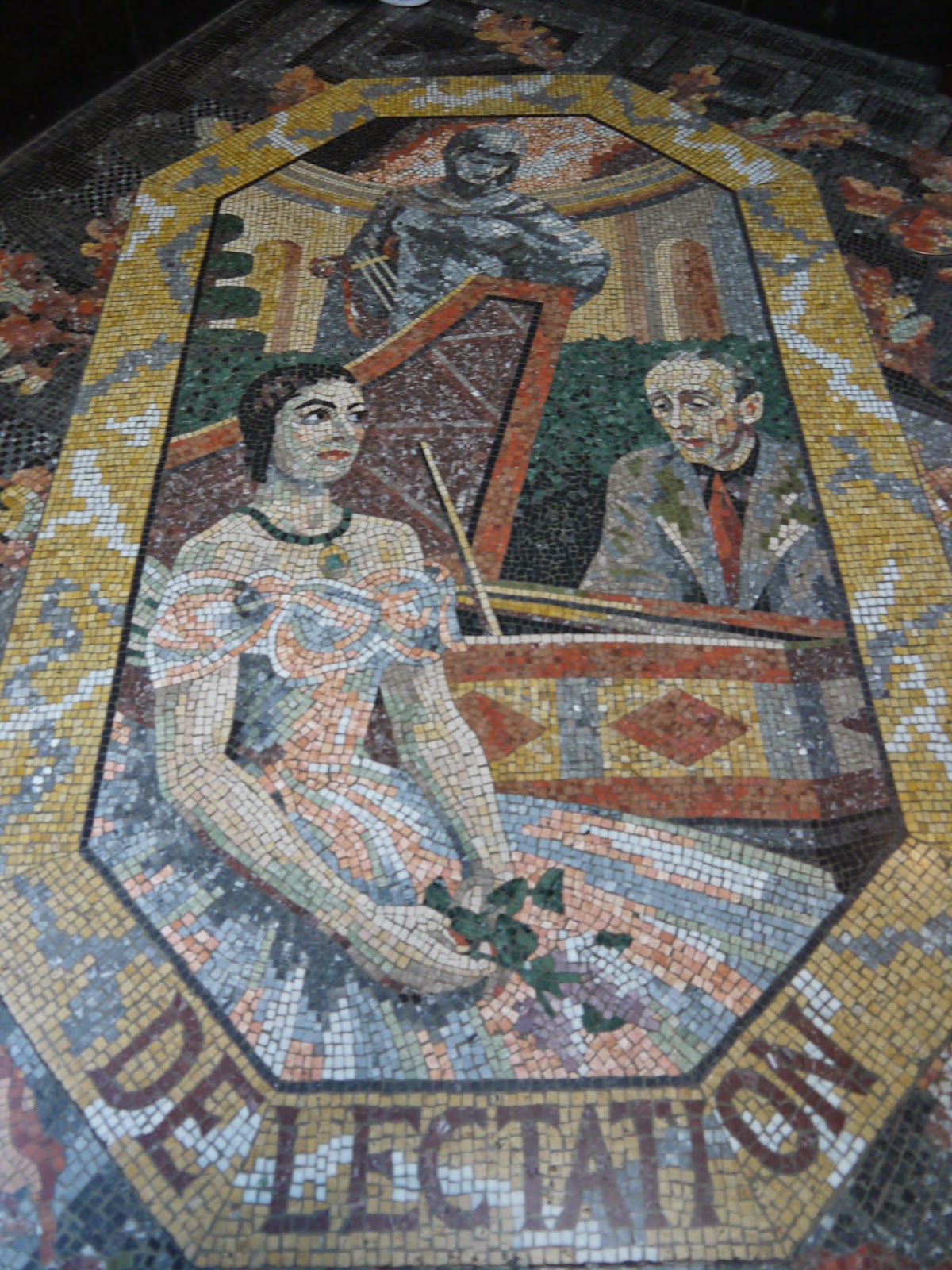 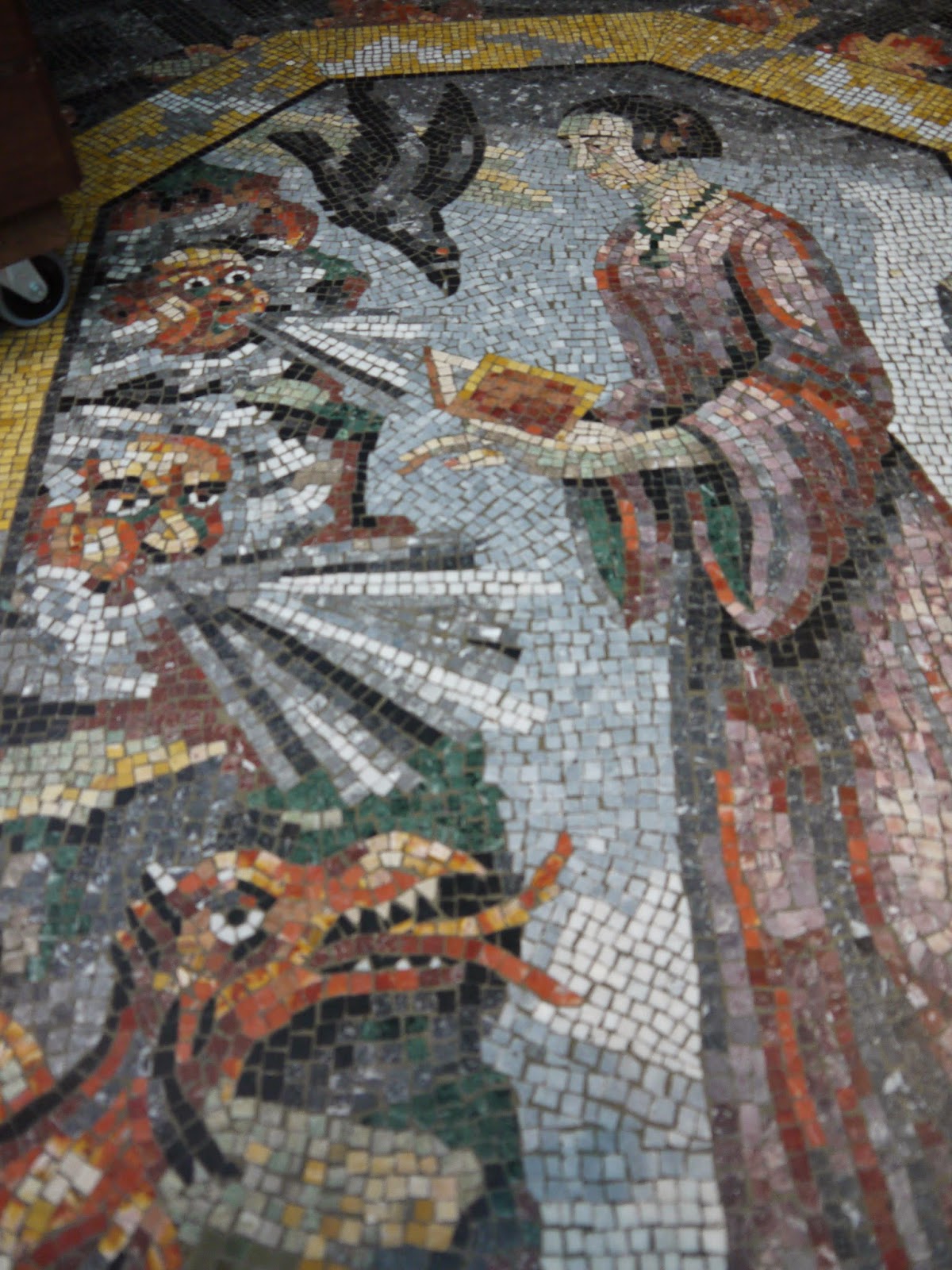