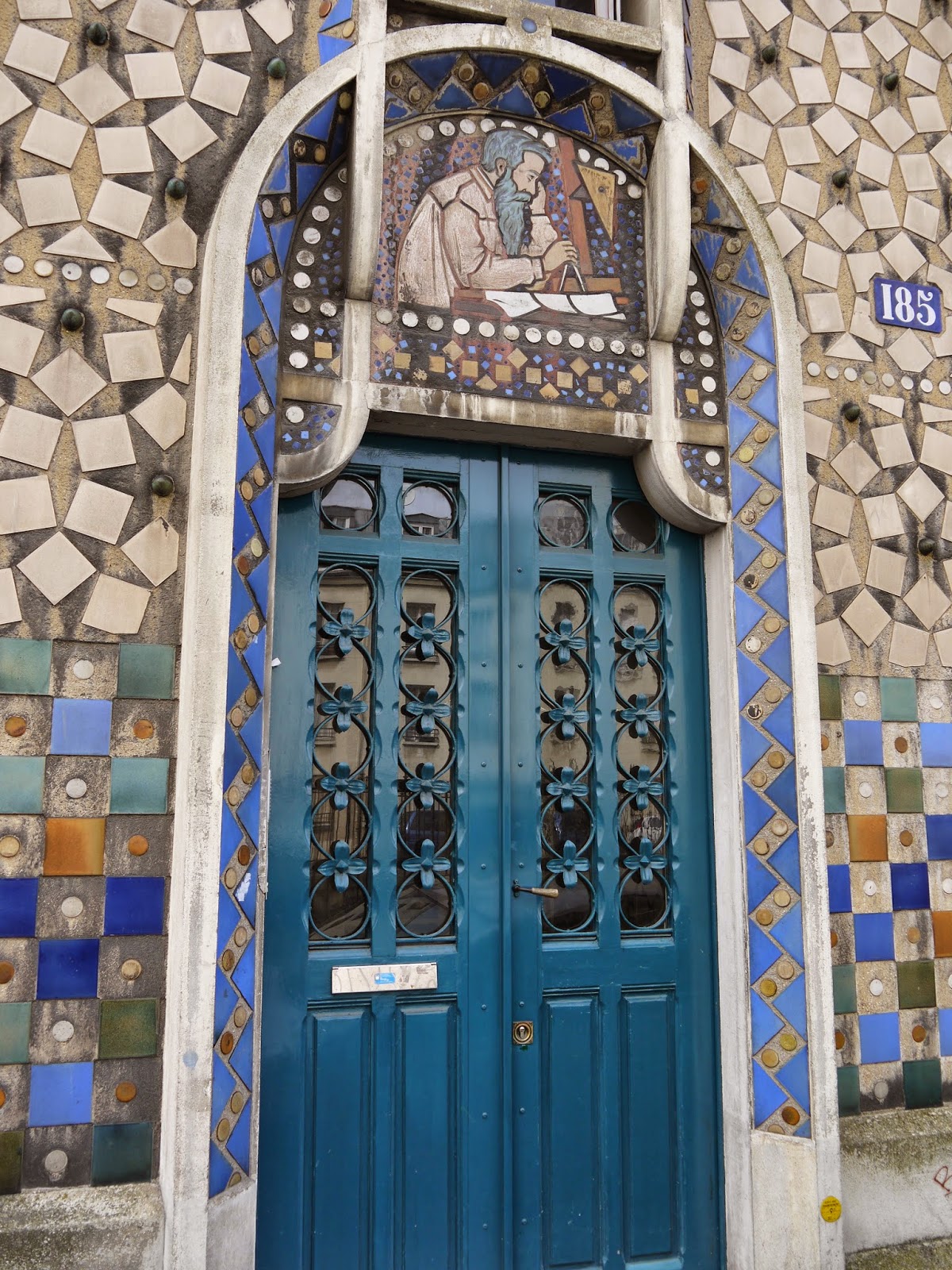 Most Paris visitors go to Porte de Clignancourt to visit the famous flea market with its many antique stalls, book dealers, vintage poster and postcard sellers and where you can get hundreds of other items ranging from real art deco objects in chic shops to dodgy mobile phones on sale outside the metro station!

Less well known is an architectural beauty, just ten minutes walk from the metro station at 185 Rue Belliard. Rue Belliard is a long street with an interesting mixture of modern housing units - which at least appear to be in better condition than many of the estates on the edge of the city, 19th century buildings that once served as schools and now operate as training centres for the catering industry and quite a lot of frankly drab tenement blocks of various ages. 185 easily stands out from its neighbours and can be seen from some way along the street.

Built between 1910 and 1913, the structure of the building is not particularly outstanding although the recessed windows and the juliet balconies are pleasing, but the exterior decoration is simply stunning. Henri Deneux, who was both the architect and the land owner covered his building in brightly coloured plain industrial ceramic squares in intricate patterns, including stylised flowers and geometric shapes, creating a visual delight in this part of the 18th arrondissement.  The simple design of the building - which has only two curves, the lintel of the main entrance from Rue Belliard and also a slighter one above the smaller side entrance in Rue Tennis - is belied by the painstaking patterns and also by the wonderful representation of an artist above the main entrance. Complete with compasses, set square and drawing board, the image shows the architect himself at work. There is something of the renaissance about this image - perhaps its the beard and the smock! I like his tired look, resting his head on one hand whilst designing with the other. Perhaps he intended it to be a reminder to residents of how hard he worked on the exterior design - something they see every time they come through the main door!

Architect Deneux's main claim to fame is that he worked extensively on the restoration of Reims Cathedral. He was particularly responsible for the restoration of its concrete framing following extensive damage in the First World War when the Cathedral was hit by over 300 fire bombs between 1914 and 1918.  His work on the cathedral must have been the crowning glory of his career, but I rather like his apartment building in Rue Belliard - one of the may secret architectural treasures of Paris.

And ow for some photographic indulgence... 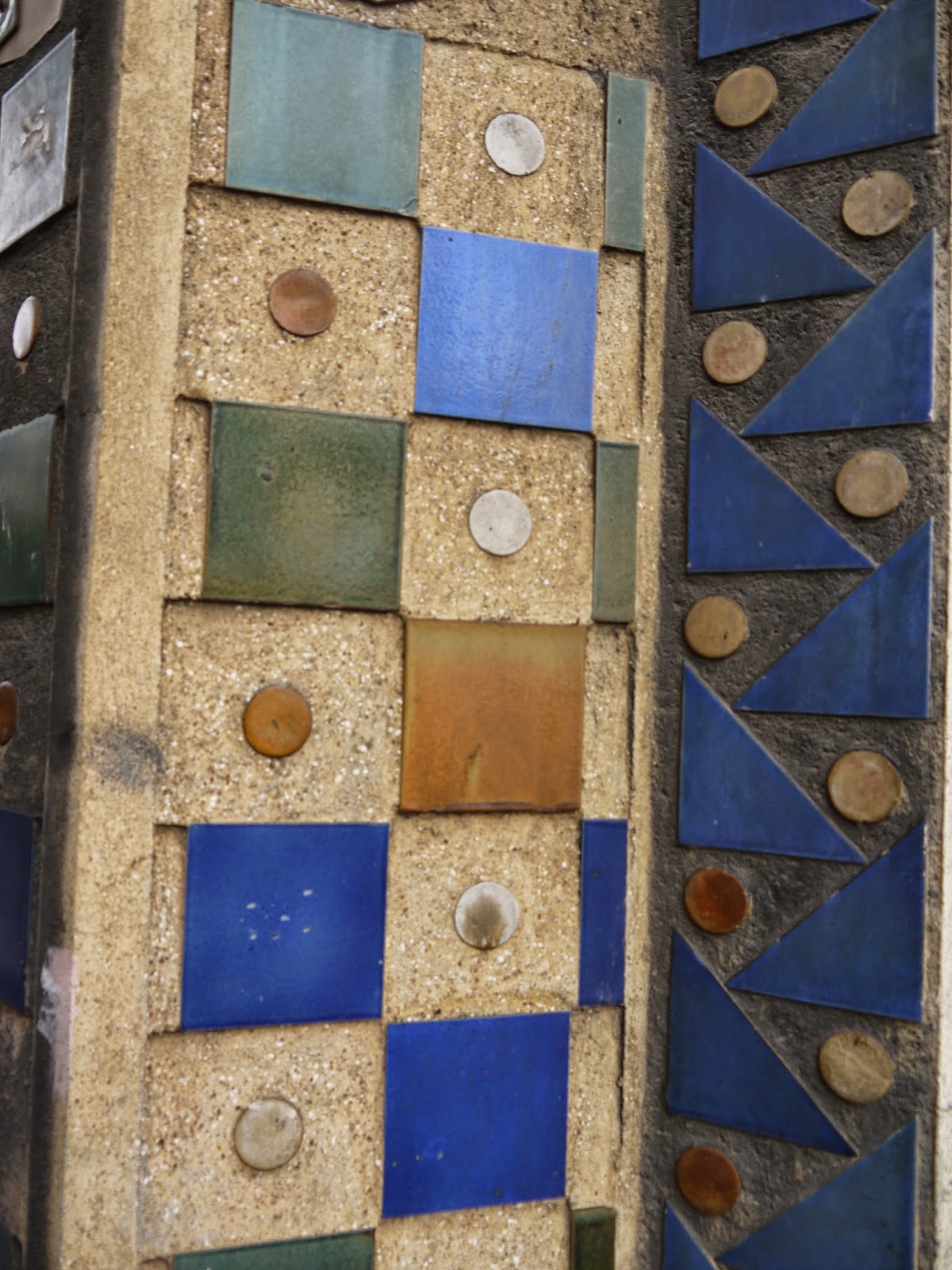 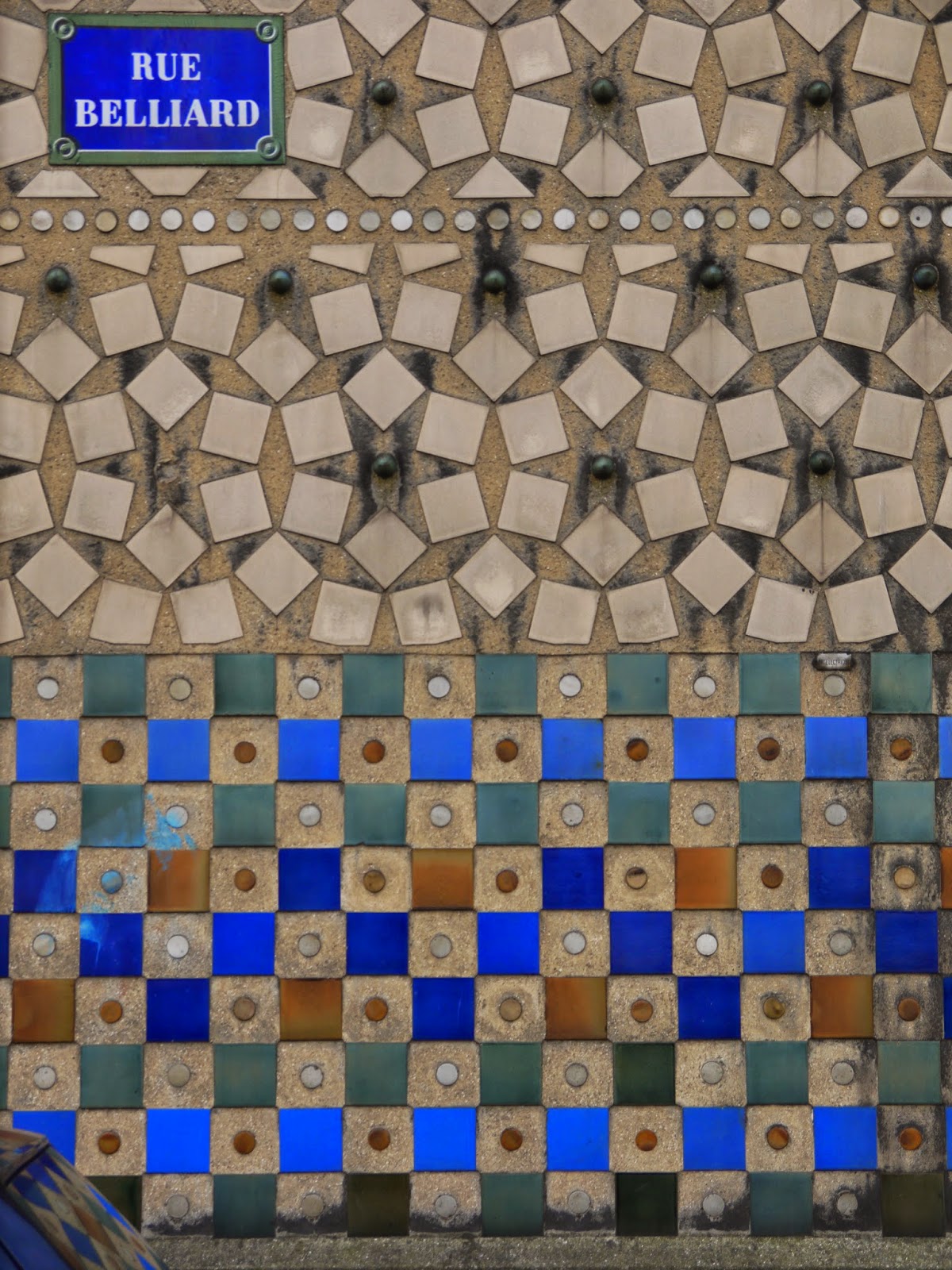 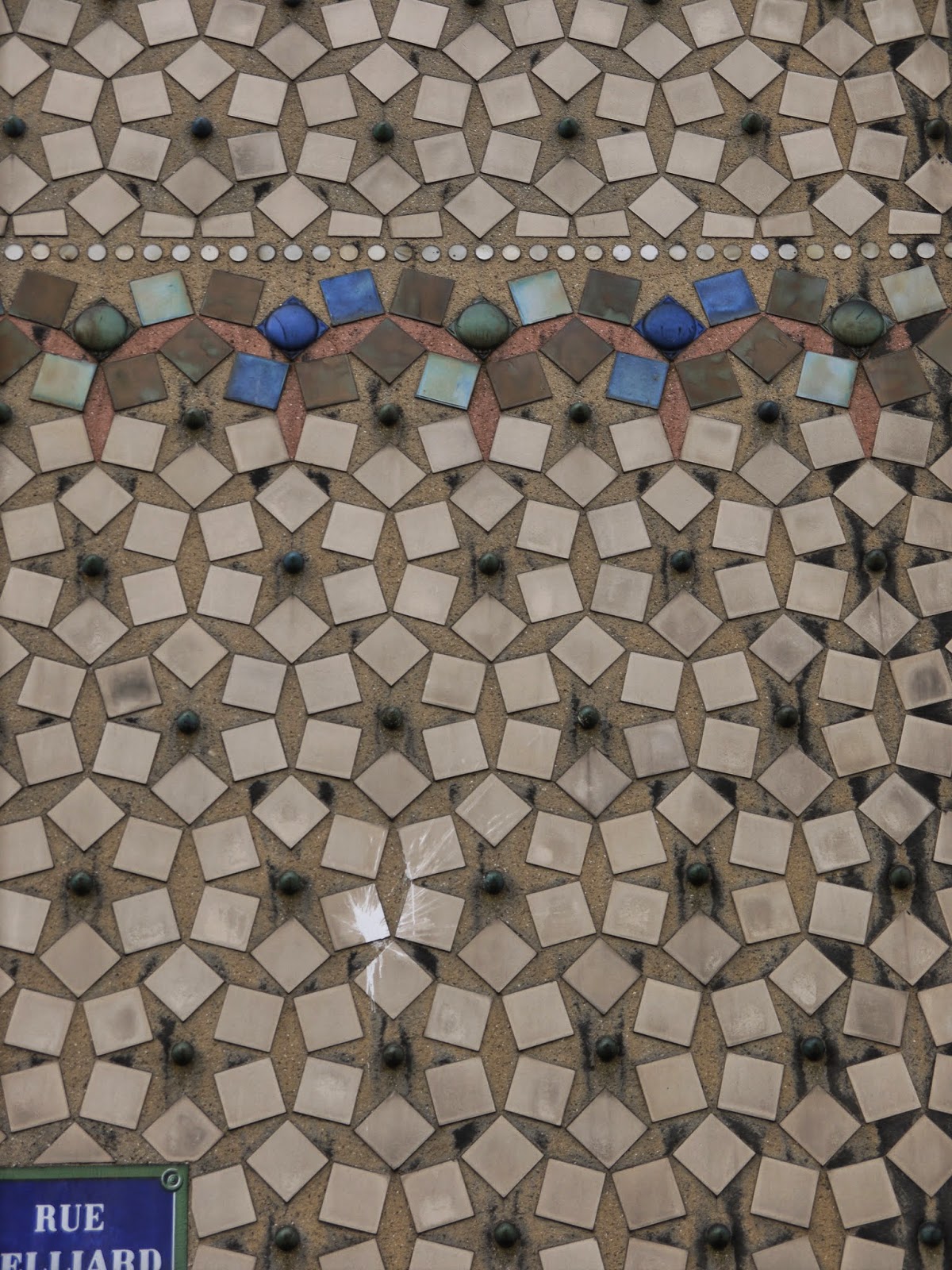