Semaphore, South Australia by the sea.

Semaphore is a suburb of Adelaide, the capital of South Australia. There are many lovely seaside settlements in this state, but Semaphore is my favourite. Originally inhabited by the Kaurna Aboriginal people, the area was first surveyed for sale in 1849 and by 1856, an official government signal station had been set up at the corner of Semaphore Road (the main drag) and the Esplanade. Maritime pilots had to live within one mile of the station and each had a personal flag which was used to summon him when a ship required a pilot - hence the name.

Semaphore grew in importance with the establishment of a telegraph and post office in 1856, whilst a time ball tower was built adjacent to the signal station in 1875. Before the invention of wireless signals, all main ports had these towers. Every day at 1pm, the black ball dropped form the top of the tower, letting ships know it was time to rate their chronometers. This was replaced by wireless technology in 1932  but since restoration in the 1990's the ball again drops daily at 1pm. The tower is an important Semaphore landmark and is often used as backdrop for wedding photographs,

So why do I like Semaphore so much? I like the relaxed, slightly sleepy feel of the place with its well preserved elegant architecture dating from the mid and late nineteenth century as well as a couple of gems form the 1920's. And although Semaphore is a relatively small place, you can get just about everything you need here. Semaphore Road has dozens of cafes and restaurants where locals and visitors gather to pass the time over anything from coffee and cakes to Indian, Vietnamese, Italian, Greek, Thai and several other cuisines. There is also a cinema, a library and lots of shops!

My favourite cafe is Swedish Tarts. Be assured the name relates to items baked on the premises and nothing else. It is a busy but friendly cafe with a large menu that has a Scandinavian flavour. My favourite dish here is the excellent warm halloumi salad with sun dried tomatoes and crisp lettuce. There is also a big choice of cakes. The best in my well informed opinion is the Swedish custard tart with its thin pastry and cinnamon topping. Delicious. The only thing missing is wi-fi…coming soon perhaps?

On the subject of wi-fi, there are two free places (that I know of) on Semaphore Road - the Whipped bake bar cafe (great hot chocolate here!) and the very friendly library at number 14. The library is open seven days a week and is located in the former Mechanics Institute which opened in 1884. Over the years this building has been the town hall, a theatre, an Ozone cinema and a concert venue before opening as a library in 1993. Good to see the building reverting to its original purpose - free access to books and learning for the local community! One part of the former cinema is now an ice-cream shop - Take 2 Ice Creamery (note the movie reference!). The cappuccino ice cream is great and even better with a scoop of vanilla, and you can get Greek coffee here too. Like many of the Semaphore businesses, Take 2 Ice Creamery is a family run affair and an extremely friendly one too - this week they are giving tiny easter eggs to children who visit.

Semaphore also has a really good music shop - Mr. V Music at 115 Semaphore Road. Mr V has been selling vinyl and CDs both new and second hand in Semaphore for nine years. The store has a wide range of musical styles but is particularly strong in world music. This is not surprising as Mr. V. sells at the WOMAD world music festival, but it was a pleasant surprise to see some of my favourites including Dijvan Gasparyan, on the racks, whilst there are also smaller but good selections of jazz, blues and other genres. I treated myself to the a five disc collection by the Modern Jazz Quartet for a mere 25 dollars and was very tempted by a number of other items. Might have to go back before I leave Australia!

I also like Add Character at number 42 Semaphore Road. This is a great little shop that sells high quality household items, books, stationery, children's clothes and toys and lots of other cool stuff. Established by two teachers, Add Character draws on their experiences of traveling through Asia as well as offering items produced by local artists. There is always something new and interesting to see and there is always a warm welcome for customers.

Many of Semaphore's buildings date from the nineteenth century, but there are also a few interesting examples of 1920's and 1930's architecture. The Odeon Star Cinema at 65 Semaphore Road was built in 1920 as the Wondergraph Picture Palace and a matinee was shown every Saturday for the princely sum of threepence. It was renamed the Odeon Star in 1952 until it closed in 1976 at a time when many cinemas were closing. Happily, the upper auditorium reopened in 1991 with a second hand store on the lower floor until 1997, when after renovation, the lower floor reverted to film. I especially like the Odeon at night when the sign is lit and can be seen along the main road.

The vintage carousel on the Esplanade dates from 1928 and is the largest in Australia. The horses were carved by Melbourne craftsmen and the carousel was one of the first to be driven by an electrical lift motor rather than being steam driven. A little further along the Esplanade, the Maris Palais was built in 1922 and originally comprised a brach kiosk, bathing pavilion and a large ballroom. It was renovated in the 1990's and serves as a restaurant as well as hosting various functions. There are two more buildings that catch my eye in Semaphore - the deco style Mogas petrol station and the 1938 dated building that currently houses a large homeward shop close to the Esplanade. 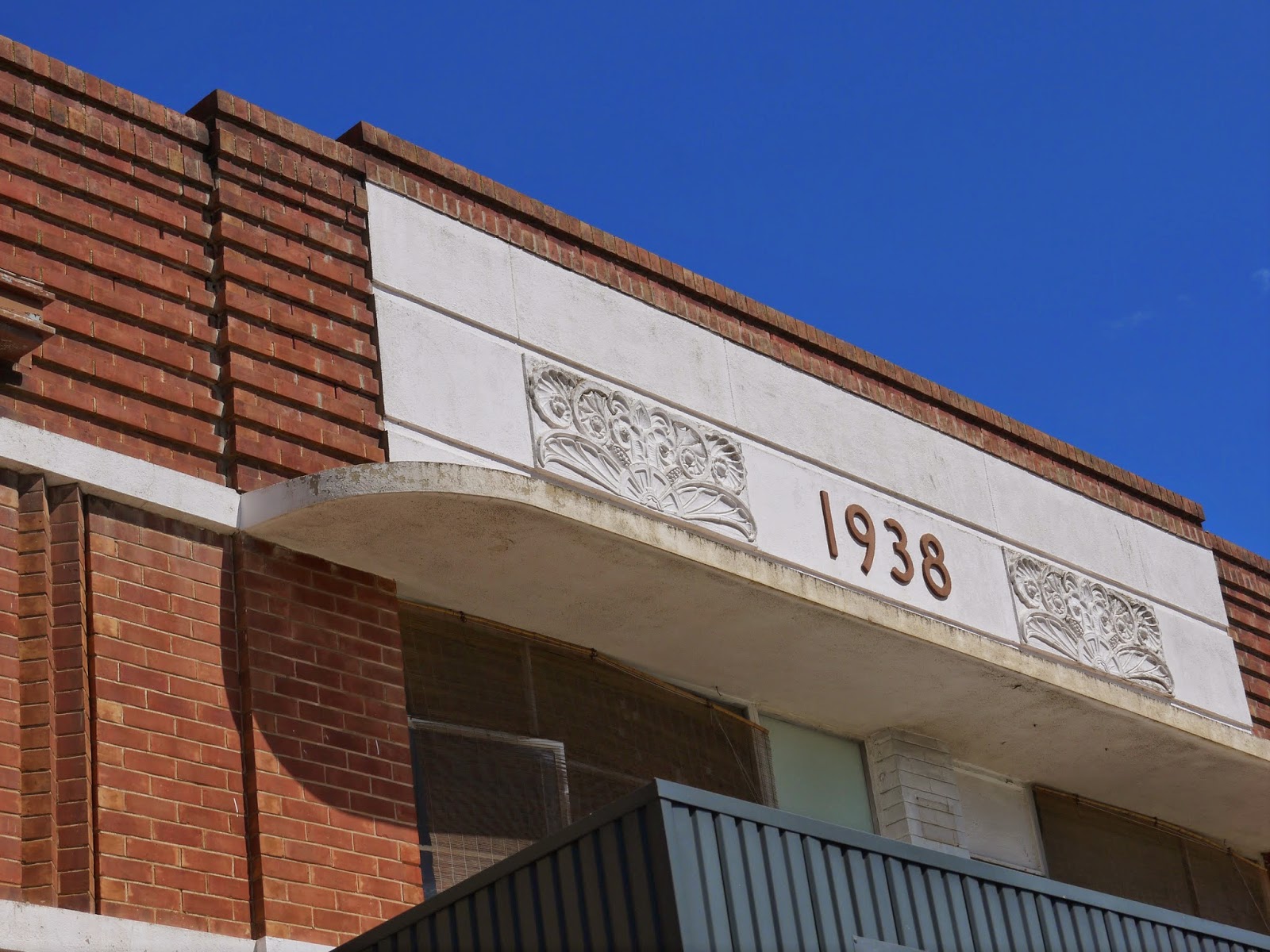 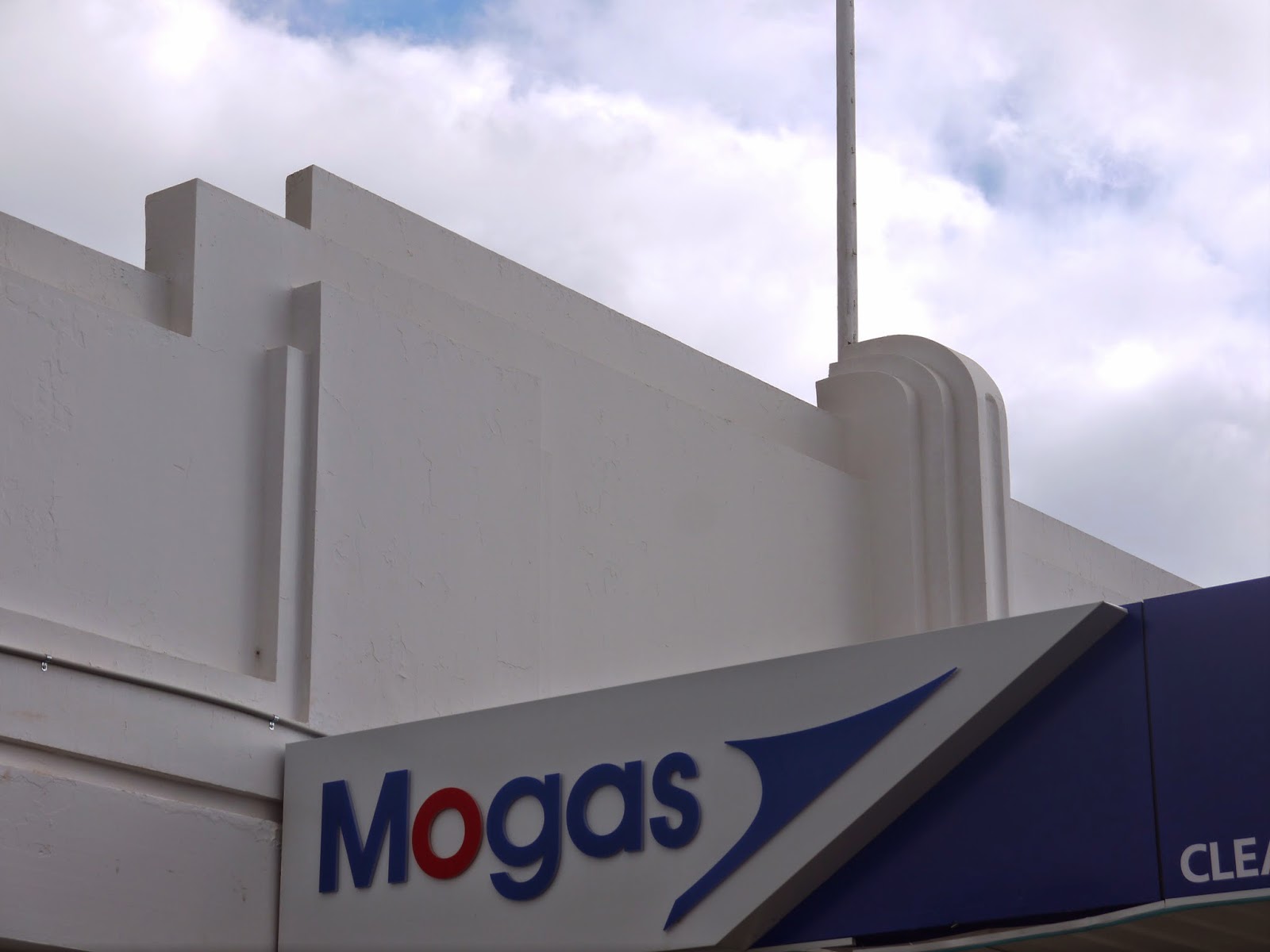 Perhaps Semaphore's best attraction is the lovely, wide, clean beach and the jetty. Both attract many thousands of visitors every year but it is still possible to find some quiet time to stroll along the shore almost to the Outer Harbour, stopping off at Largs for refreshment! Semaphore - South Australia by the sea. 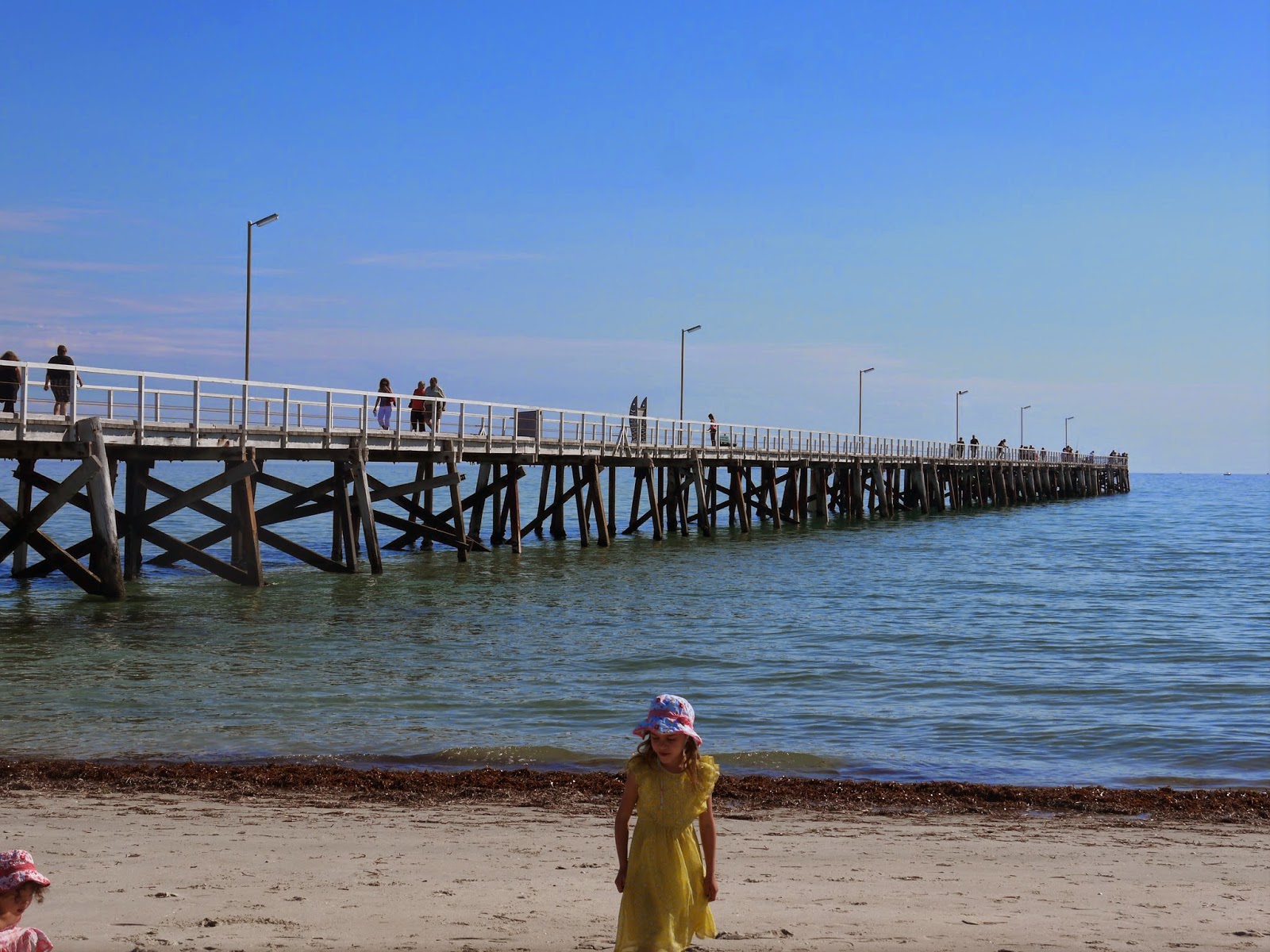